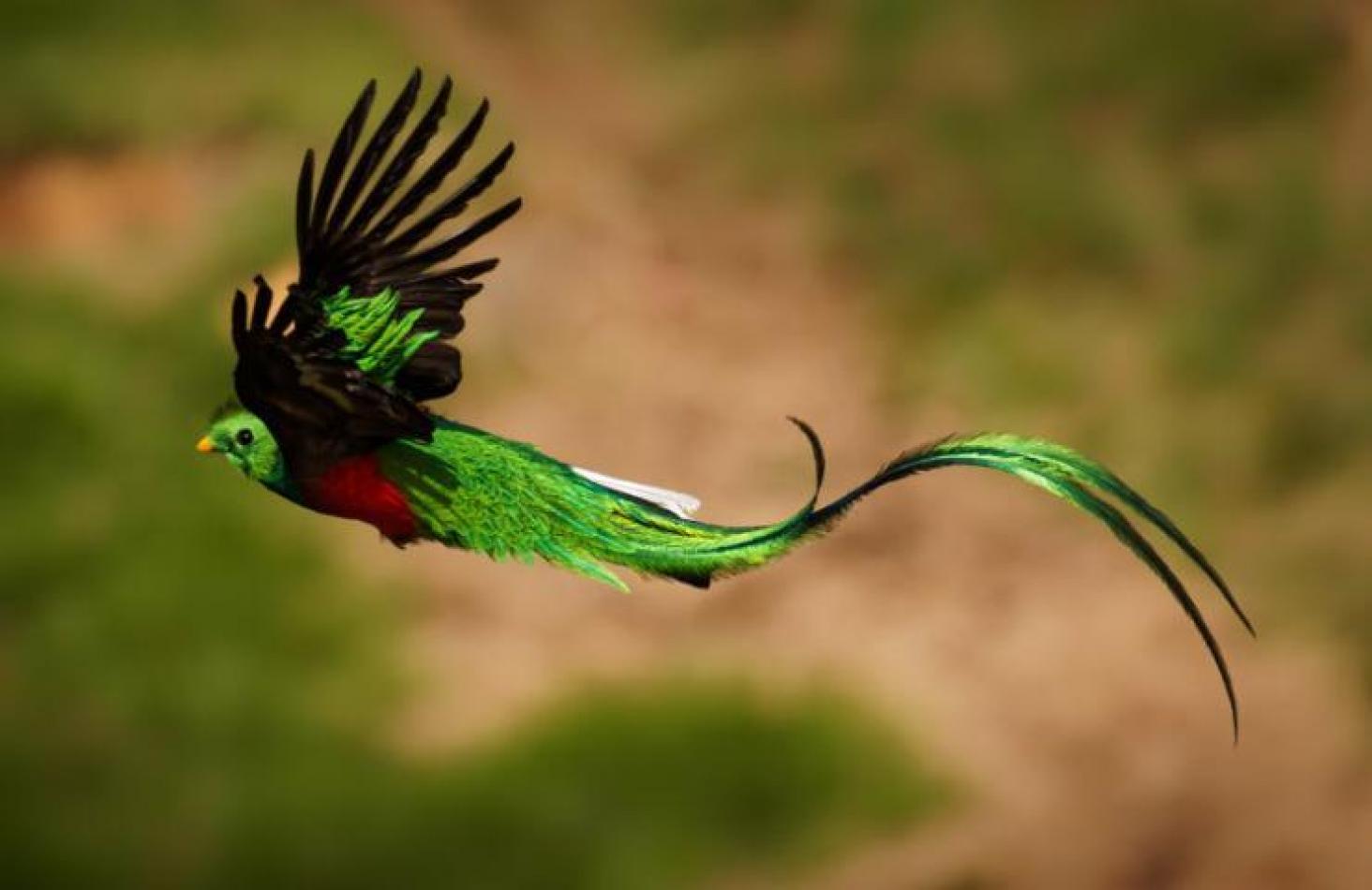 Thursday, September 2, 2021
It is one of the most enigmatic and elusive birds in the world. It is a symbol, a nation. The first sight of a quetzal in the wild is unforgettable. The Guatemalan high forests are mysterious. Others say mystic. This forest, a green belt of dense jungle crowning the Maya Forest – a region shared by Mexico, Guatemala, and Belize – that, along with Brazil’s Matto Grosso, is considered one of the ‘lungs of the Americas’ because their lushness provides a large and essential portion of the Western Hemisphere’s oxygen. [
Comboni Missionaries]

The name Guatemala derives from the Maya-Toltec word Goathemala, ‘Land of Many Trees’. This forest is home to more than 350 bird species and almost 1,000 different mammals, including jaguars, tapirs and monkeys, all thriving in a primeval wilderness overflowing with more than 1,600 plant varieties. These cloud forests are ageless. Great civilizations flourished and collapsed in their foothills, but the forest lingered unsullied until modern demands began to drastically slash their vastness.

And it is here, usually at daybreak, when one of the most remarkable, enigmatic, and elusive birds in the world – the resplendent quetzal – makes a fleeting appearance to dispel one of the countless myths surrounding it: this avian Guatemalan treasure sings. The song is unmistakable and unforgettable and in order to hear it one must trek up to the cloud forest of Guatemala, a country so steeped in quetzal lore that the bird is the national symbol and its visage graces the flag, Guatemalan currency takes its name from, and even the map of the country – if you use your imagination – resembles a quetzal in profile.

The bird, a member of the trogon family, is endemic and exclusive to the cloud forest of Mesoamerica, the region reaching from the Mexican highlands of Chiapas and Oaxaca to the Panamian Isthmus. Some ornithologists consider it the most beautiful bird in the world, and because it is elusive, reclusive, temperamental, delicate, and shy with a strong distaste for captivity, it is in an acute danger of extinction due to encroaching farmlands and to the slash-and-burn farming methods used in Latin America.

No country in the world is as closely identified with the quetzal as is Guatemala. And some argue that the Guatemalan species is the only true quetzal because the bird, its myths, and its legends go hand-in-hand with the Maya and the civilization’s influence never reached as far south as Costa Rica. Regardless, it is the quetzal’s beauty along with those ancient myths and legends that never fail to enthral. And what myths and legends they are. The Quiche Maya give the quetzal a prominent place in the first chapter of the Popol Vuh, the Maya tome that describes the creation of the universe by ancient gods.

Maya, Toltecs, and Aztecs considered its feathers – a commodity they reserved exclusively for royalty – to be a thousand-fold more valuable than gold and jade. Killing a quetzal was punishable by death in all three cultures. The Maya, captivated by its beauty, referred to the bird as the ‘God of the Air’. Its yard-long tail feathers were woven in royal ceremonial dresses, capes, and artwork. Highland hunters – and this says much for their blowgun skills because the quetzal’s lightning speed – stunned them, plucked the long feathers, and then released them.

Today, the most astonishing example of the feather’s beauty reposes half of a world away in Vienna’s Museum of Ethnology. It has more than 450 quetzal feathers, each measuring about a yard, all mounted on a jewel and god-encrusted crown. The headdress is reputed to have been worn by Aztec emperor Moctezuma when first meeting Hernan Cortes at Tenochtitlan. The headdress arrived in Europe as part of the booty sent back by Cortes after his 1519 conquest. It was later inherited by Austria’s Archduke Ferdinand and it remains ‘an archeological piece of incalculable value for the history of our nation’, said Mexican minister of culture recently.

Some Mexicans consider it their country’s single most important Aztec relic and negotiations between Austria and Mexico continue to this day over the return of the spectacular and priceless work of art to the Mexican capital. In Guatemala, where the bird is firmly entrenched in the national psyche, finding this most reclusive and shyest of birds is a tricky business. Moreover, the number of Guatemalan quetzals is difficult, if not impossible to peg because no one has done such a study.

Finding quetzals there is purely luck and timing. Some people have seen handfuls in a single day, while others have gone weeks without spotting one. There is an old saying that every Guatemalan has seen a quetzal at least once in a lifetime, but that is a stretch. Most people freely admit that the only glimpse they had of the fabled bird is on the national currency.

Rain is almost constant from May through September, the best months to observe quetzal because this is when the breeding season is in full swing and the males flaunt their brightest plumage hoping to attract females. Quetzals are monogamous, with females choosing males who, unlike most birds, take an active part in hatching the blue eggs laid in abandoned woodpecker holes high up in the trees. The bird is lightning quick, flying in an undulating motion made bottom heavy by its impossibly long and marvellous tail feathers. Although it disappears in a second, the first sight of a quetzal in the wild is unforgettable.