Vocation Story of Fr. Prosper Tehou, from Benin: “Pilgrim to the truth” 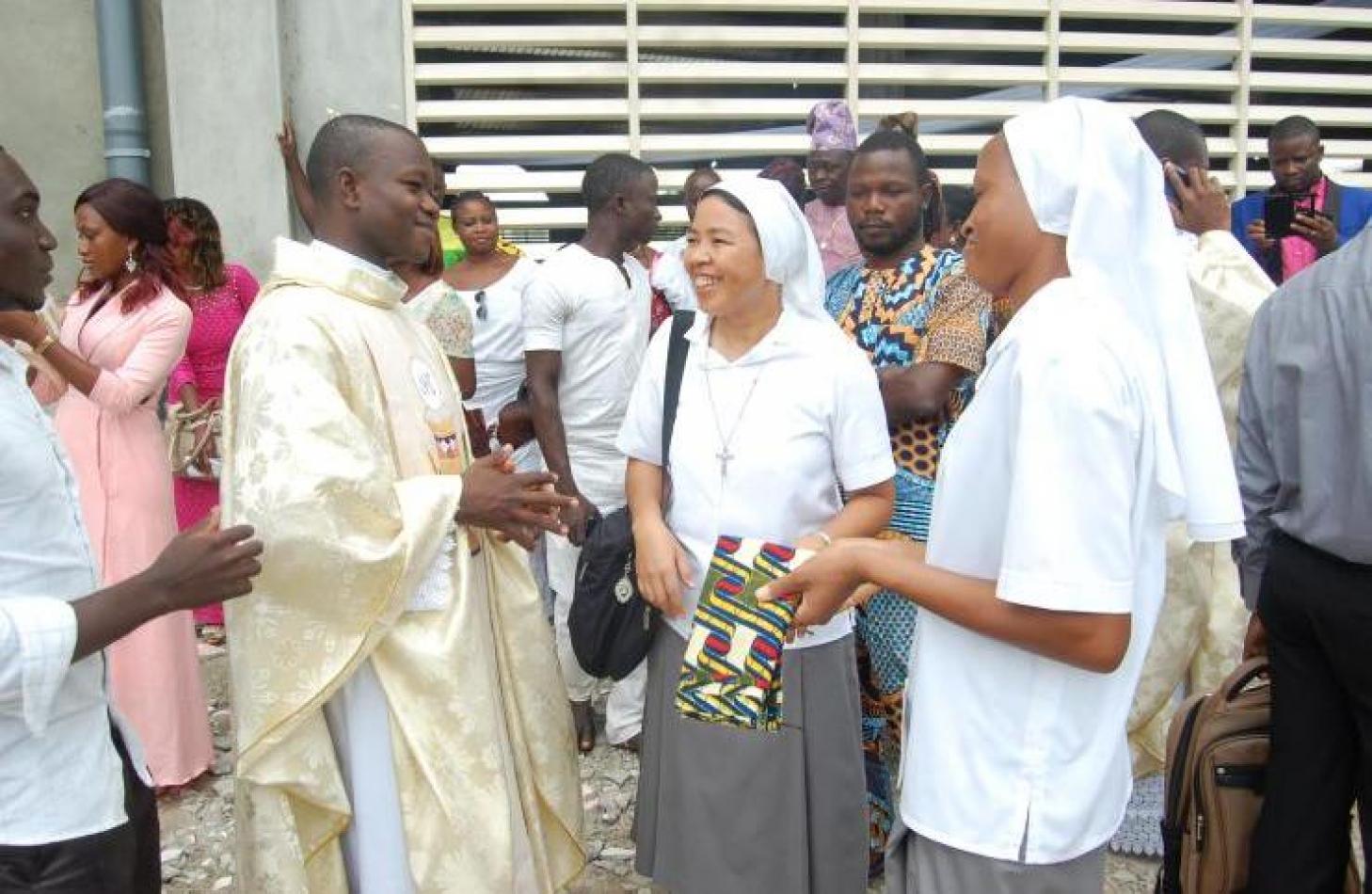 Tuesday, November 30, 2021
At the age of seven, he meets John Paul II, who is visiting his country. The idea of becoming a priest takes root in the young boy, and he begins ‘a pilgrimage to the Truth’. A young Comboni missionary, Fr. Prosper Tehou, from Benin tells us his story. [
Comboni Missionaries]

At first, rather than an idea, it was an inner disposition. Until February 1995 – I was not yet 7 years old – I had an encounter with a person who appeared to me as superhuman: Pope John Paul II. He was visiting Benin and I was lucky to see him a couple of times. My childish eyes saw something in him that was inexplicable, but which attracted me, to the point that I decided to become like him. My pilgrimage to the priesthood had just begun.

I always use the word ‘pilgrimage’ to describe my journey to the priesthood. It was not a sightseeing tour, looking for something beautiful to delight my senses, but a true pilgrimage to the truth.

My parish was run by Comboni priests. I watched them closely in their pastoral work, and soon fell in love with them, with the values they embodied in their life, characterised by concern for the poorest and most abandoned. Soon I was able to give a name to this fascination that bewitched me: they were priests, yes, but also missionaries.

My primary and secondary schools were nothing more than new steps along the pilgrimage of which I have spoken. After finishing my high school exams, it was clear in my mind and heart that to continue the pilgrimage I had to join them and share their lives.

I entered the postulancy in 2006, where I found ‘fellow pilgrims’ in search of God’s will in their lives. I began the journey of formation with enthusiasm and dedication, grappling with the new reality that religious life was for me. There was no shortage of difficulties, but they were just obstacles to overcome. There were, above all, things never experienced before, such as the exciting and enriching life in an international and intercultural community, the first joys of serving the most vulnerable in society, and the certainty that I was on the right path, following in the footsteps of one of the greatest missionaries who lived in Africa, St. Daniel Comboni.

In October 2009, I was admitted to the novitiate in Benin. The two years that followed were the most intense and difficult. Deepening the spirituality and assimilating the charism of the institute required a considerable commitment. There was also the ordeal of the death of my beloved father. The pain was profound, but it helped me to deepen my relationship with God. This painful experience became an impulse that renewed my strength to continue the pilgrimage towards my first religious profession, in May 2011.

Soon after, I was sent to the scholasticate in Pietermaritzburg, South Africa, to continue my religious formation and theological studies. I faced the challenge of adapting to a very different environment from the one I had been exposed to in my life up to that point. I had a hard time adjusting to a new cultural set-up and learning a new language.

My native Kotafon and French were no longer of any use to me. I had to throw myself headlong into learning English and the ‘heavenly’ isiZulu. Even then, however, the joys were not long in coming.

I discovered fascinating people who truly celebrate life in all its aspects, from cradle to grave. When the Zulu celebrate, they do it with their whole being. In the churches, everyone sings and dances as if it were the most spontaneous thing in this world. This festive aspect prevails even in the midst of the many challenges the country faces: economic inequality, high unemployment, violence, racial or xenophobic tensions… I felt this joy of life especially during my periods of pastoral service among young people, first in the parish of St. Joan of Arc, then in the parish of Our Lady of Good Health, and finally with the Catholic Students Association of the University of Kwa Zulu Natal, in Pietermaritzburg.

I finished my theological studies in November 2015 and returned to Togo for a home holiday. Back in South Africa, I spent a year engaged in missionary service, as a preparation for my future priestly ministry. Filled with new challenges, it turned out to be a new chapter in my pilgrimage. Free from studies, I could devote all my time to reaching out to people, and especially young people, with vocation promotion initiatives. I saw a call within a call: the young people, many of whom came from single-parent families, welcomed me as a father figure. As an older brother, if not yet as a father, I placed the emphasis on growth in inner freedom and a life inspired by Christian values.

On 6th January 2017, I took my perpetual vows and, on 24th, I was ordained a deacon at St. Augustine’s Parish in Silverton, a suburb of Pretoria. In April, I returned to Togo to prepare for my priestly ordination, which took place on 17th June, in my home parish.

My superiors made me happy when, soon after my ordination, they assigned me to the Comboni Province of South Africa. I resumed the work I had started during my year of missionary service, but now based in Holy Family Parish, in Bushbuckridge, Witbank Diocese.

Since the beginning of this year, I have been transferred to St Augustine’s Parish, in Silverston, a suburb of Pretoria, on whose premises is also the Comboni Media Centre, which publishes the missionary magazine Worldwide.

At present, my missionary ministry ranges from vocation promotion and missionary animation to the formation of young postulants who intend to become Comboni missionaries. Recently, I have been made administration of the Media Centre. Whatever I do, I do it with enthusiasm and I get a lot of satisfaction.

Where I can give my best is in the meetings with young people. The message I constantly deliver to them is the one I heard, as a boy, from John Paul II: “Do not be afraid! Open wide the doors to Christ”.