Peru: To Share Life With People Who Are Incredibly Wise 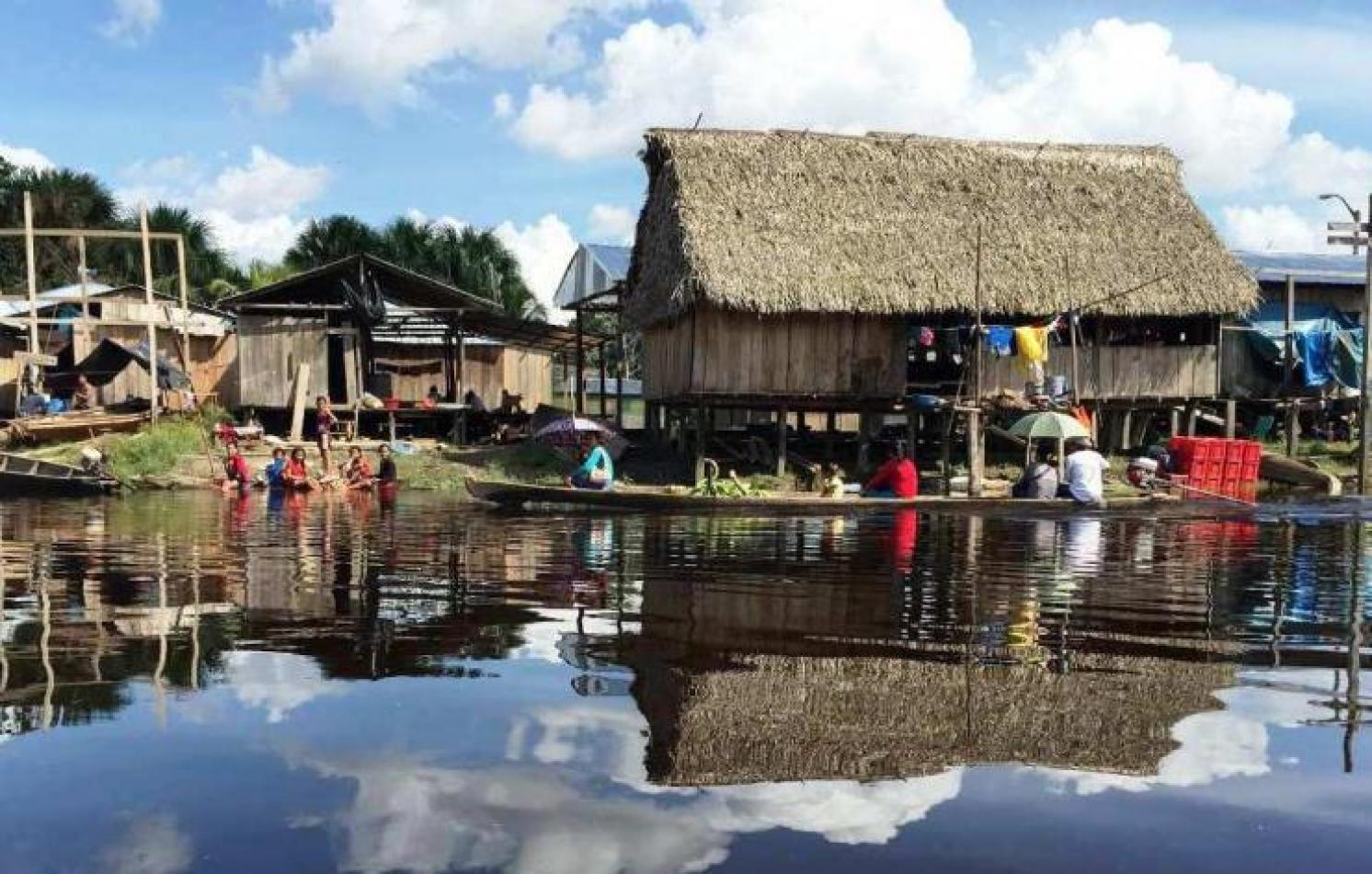 Friday, August 3, 2018
As we approach the Pan-Amazonian Synod, the importance the indigenous culture. Two Augustinians, who live in Iquitos (Peru) talked about their experience. [Comboni Missionaries].

When we first arrived in the Marañon River Valley, more than two decades ago, the first thing we experienced was miscommunication – we didn’t understand the way people talked. It first struck us in the city of Iquitos, although the blow there was relatively soft. When we travelled to Nauta, a city founded by the Kukama Manuel Pacaya in 1830, the following week, the sense of miscommunication was sharply accentuated. A week later, we reached our new home, Santa Rita de Castilla, amid the Kukama people. And here the feeling of miscommunication was enormous, even though the Kukama nowadays speak Spanish as their first language. When we visited communities, we felt as if we were entering another world.

Accustomed as we were to speaking our minds, it was difficult for us to understand the importance of ceremony in communication. Greetings, repetitive formulas, they seemed to be from another era. We later realised that language itself creates situations. We had already studied how ‘I baptize you’, in a ceremony in the church, creates a new Christian. But what we began to learn about ‘how to do things with words’ seemed much more intense in the Amazon. The importance of the blessing, and the importance of never, under any circumstance, speaking a curse. With persistence, effort and patience on the part of our indigenous interlocutors, we gradually learned to communicate better.

We later realised that the same word had different meanings. To us, ‘Lend me your machete’ meant, ‘Give me your machete’ for a limited time. For the Kukama, the borrower becomes the owner of the machete. It would therefore be in poor taste for the owner to ask for its return. It took us a long time to understand that, and it led us to study the Kukama language. The discovery of the language was a revelation. We gradually became accustomed to the Kukama culture. Or more accurately, from the indigenous point of view, they gradually domesticated us. Drinking masato (fermented cassava beer) was a lesson in domestication.

Every afternoon, people play soccer or fulbito (a scaled-down version of the game), without fail. The soccer field are in the middle of the community. It gives one the sense of being on solid ground. The first day we played, all went well. The second day, we were knocked around a bit, but put it down to poor calculation. The third day, we received rougher treatment. Play didn’t stop, and no one called foul, which surprised us. So we paid little attention. We later understood that strength is a key element for the Kukama. Their way of playing soccer is a demonstration of skill and strength. The weak have no chance. Much later, we discovered that a toad may be placed on the goal post to keep the ball away, or a shaman can make an opponent fall and injure himself.

Why talk about soccer? Knowing that it is a game that came from outside, we can discover a key indigenous characteristic – appropriating from the foreign to continue being indigenous. People have appropriated soccer (a foreign game) so as to continue being indigenous (they play in their own way). Thus the importance of the soccer field’s central location. The external (soccer) is taken into the heart so people continue to be indigenous.
Soccer tournaments are crucial. One animador Cristiano (leader of the village’s Catholic community) told us that one of his sons, age 16, went to play soccer in another community. He arrived home late at night, and immediately went to bed under his mosquito net. The next morning, he slipped out from under his mosquito net as usual and went to the river to fetch water. His mother was annoyed, although she said nothing. At breakfast time, a young woman appeared from under his mosquito net. He introduced her as his wife. Soccer is much more than sport. It makes young men travel to other communities, and more than a few families or couples have been formed at a soccer match.

Señora Miguelina did not know how to read or write and had never been to school. But she was a woman of great wisdom and an excellent midwife. One day, when she was ill, she sent for us. We went to her home and she asked us for a Bible. We were aware that she did not know how to read or write. So why did she want a Bible? It was simple: to place it under her pillow. The Kukama traditionally place the leaf of the toé plant under their pillow so it will make them dream. Señora Miguelina wanted God to make her dream, and the most appropriate way was to place the Bible under her pillow.

Recounted in those terms, it seems unimportant. But for indigenous people, the world is not just what we see; other worlds also exist, inhabited by other beings. God, for the Kukama, lives in the highest heaven. Dreams are a form of true revelation. We should add that the Bible also becomes a means of protection. Given that Señora Miguelina was ill, it is easy to understand that she was asking God, through the Bible, for protection against evil (illness, in this case).

Through these experience we would like to offer guideposts. Learning has come at great cost. Much patience is required. But when we realized that we were understanding, we were overcome with a sense of satisfaction, of knowing what was going on, of being able to share life with people who were incredibly wise, and who also were extremely patient with us. That does not mean we know it all, by any means. We are still humble apprentices. That is why an indigenous ministry is necessary.

Every indigenous people is different. Diversity is one of the most important characteristics of Amazonia. The essays in this series are rooted in the Kukama people. They reflect our experiences. Other peoples and other people may have different experiences. This seems like a good moment for a conversation among the people who journey through Amazonia. It is our small contribution to the call for a pan-Amazonian synod.
[I.L. – Comboni Missionaries]