Home
Circoscrizioni
Congo - (Nouvelles)
Vocation Story of the Brother Kitha Mumbere Mwangaza: “My trust in God has no limits”

Vocation Story of the Brother Kitha Mumbere Mwangaza: “My trust in God has no limits” 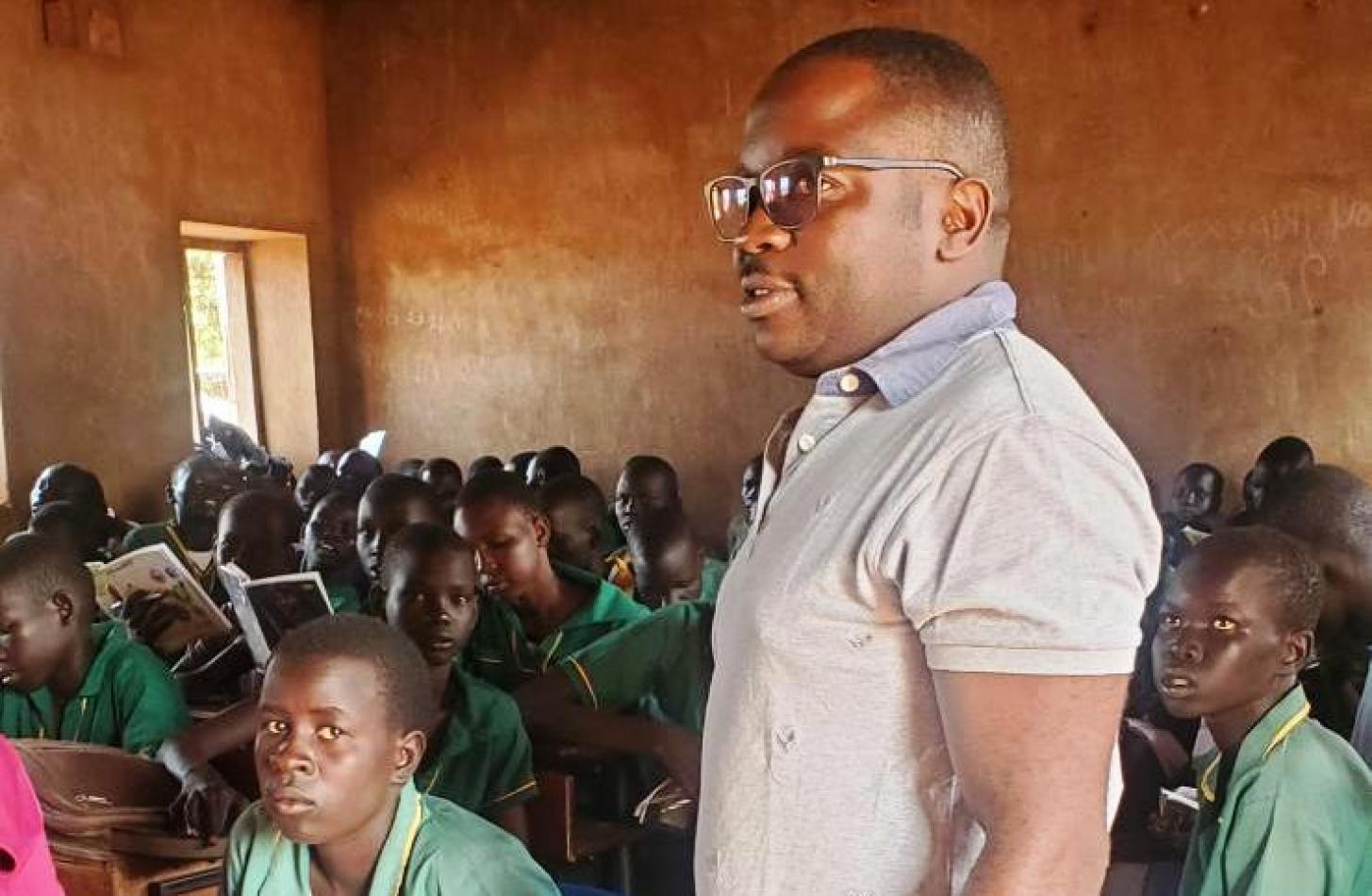 Wednesday, July 27, 2022
A Congolese, Comboni Brother, Kitha Mumbere Mwangaza, talk with us about his vocation journey and the challenges of his pastoral activities. “Life here is certainly not rosy. I often find myself taking one step forward and two steps back. But I am not discouraged.” [Comboni Missionaries]

I was born in 1985, in the town of Butembo, in the eastern part of the DR Congo.  With my parents, we led a quiet life. Praying, reading God’s word and attending church regularly, loving each other with true love and being friends with everyone were the most obvious things for us, but also the most fulfilling.

As a young boy, I joined the youth group of the Eucharistic Crusade. I am sure that it was from this experience of a life of faith that the desire to serve God as a priest or a religious was born in me very early on. My school life went smoothly. After primary school at Vutetse Primary School, I attended secondary school at the famous Pius X College in Butembo. I found studying surprisingly easy and the results were a source of great satisfaction.

Meanwhile, the idea of becoming a priest had become increasingly clear. In 2006, at the end of secondary school, I spent some time in the vocational group of my parish to deepen my motivations. Eventually, I plucked up my courage and told my parents that I intended to enter the diocesan seminary. Surprisingly, they told me no. Not because they were against the idea, but because they wanted me to improve my knowledge. “Attend at least three years of university courses. Then, you can decide what you want”, was their request. I obeyed and enrolled at the University of Agriculture in Butembo. When, in 2009, I presented them with my degree, they smiled at me and said: “We did what we thought was a duty for us and good thing for you. Now you are old enough to decide your own future. Go where your heart takes you”.

During university, I became friends with the Comboni Sisters working in my parish. They introduced me to priests and brothers of their own religious family, and I began to frequent and observe them, at first with curiosity, then with fascinated eyes and heart. It did not take me long to understand that this would be the life God wanted from me.

The desire to answer ‘yes’ to God was pushing me. I sensed clearly that my relationship with God was nothing other than the encounter of two desires: his and mine. Or rather: his had also become mine. There was no more time to lose.

In 2009, a few months after graduating, I entered the Comboni Postulancy in Kisangani. This step helped me to better discern my vocation, clarify my motivations and identify with the Comboni charism. After Postulancy, I was admitted to the Novitiate in Sarh, Chad: two years of intense prayer and tireless work. I devoured anything I found written on the life and lifestyle of the Comboni missionaries. Everything seemed to be made for me. On 13th May 2012, in a ceremony that touched me deeply, I made my first religious profession and I became a member of the Comboni Institute.

Soon after, I was sent to Kinshasa (DR Congo) to complete my agronomic training with a master’s degree in Agroforestry. They were three years completely different from the first three I spent at university: now, everything I did, I did it as a Comboni Brother and in view of a specific mission, which was soon to come.

In 2015, I went to Nairobi, Kenya, to attend the Scholasticate at the Comboni Brothers’ Centre. After an English language course, I enthusiastically threw myself into the various courses to acquire a Master’s degree in Sustainable Development. Once again, the challenges were as many as the joys, but they were there to be overcome, not to defeat me. And I overcame them through a strong attachment to prayer, both personal and communal, and regular monthly meetings with one of the formators. In Nairobi, I spent four unforgettable years.

In 2019, I was destined for the mission in South Sudan, in the diocese of Rumbek. This first direct mission experience was – and continues to be – so extraordinary that it turned me into a true follower of Saint Daniel Comboni. I find myself surprisingly willing to get close to people, especially young people, and to share their lives, their concerns, challenges, sufferings, joys and hopes. Living for them and of them is my life. And what a life!

I run three schools in the Rumbek diocese. Our vision for these schools is to turn them into financially and administratively self-sufficient institutions. It will not be easy, I know. But I have no doubt that we will succeed, in mockery of all the wars and ethnic clashes that seem to have become chronic in this young nation.

Life here is certainly not rosy. I often find myself taking one step forward and two steps back. But I am not discouraged. I know that there will still be difficulties, but this people will overcome them, and I feel over the moon when I think that I have the opportunity to make my personal contribution to this miracle. My trust in God has no limits. I firmly believe that he has the destiny of this people in his hands and that he will not let them down.

God has been good to me up to now, and I know that he will also sustain me tomorrow and the day after. Whatever God will allow happen in my life, I know I can cope with it. Because his desire has become mine.