Home
Circoscrizioni
Africa
Chad: “Conditions for a credible, sincere dialogue have not been met”

Chad: “Conditions for a credible, sincere dialogue have not been met” 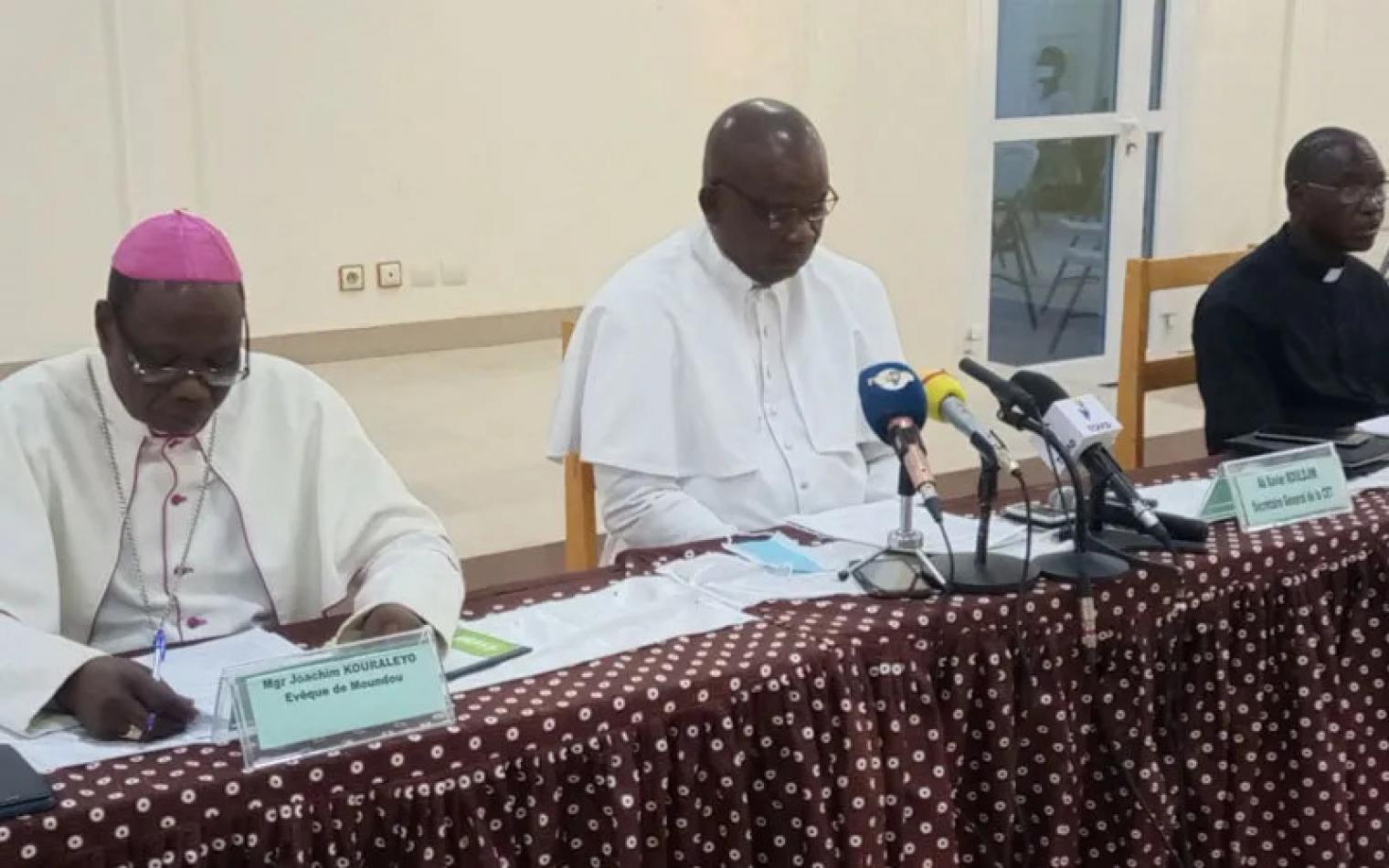 Wednesday, December 15, 2021
All the conditions necessary for “a credible and sincere” dialogue in the North-Central African nation of Chad have not been met, Catholic Bishops have said in their collective Christmas message. [In the picture: Bishop Joachim Kouraleyo Tarounga reading the Christmas message of Catholic Bishops in Chad. Credit: Archdiocese of N'Djamena. Text:
Jude Atemanke – ACI Africa]

In the message shared with ACI Africa Monday, December 13, members of the Episcopal Conference of Chad (CET) say, “The demand for an inclusive national dialogue by the majority of Chadians expresses their desire to change the dark page of their history and to look to the future with optimism.”

“For many of our fellow citizens, the process of inclusive national dialogue represents a great hope for ensuring lasting peace in our country,” the Catholic Bishops say in their message dated December 10. They however note that “in both its form and its content, this so-called inclusive dialogue seems to be far from being unanimously supported by all Chadians as all the conditions for a credible and sincere dialogue have not been met.”

“The failure to listen to the voices of certain social strata reinforces the concerns of Chadians and the scepticism of some civil society leaders,” CET members add. In April, President Idriss Déby Itno who had been at the helm of the country since 1990 died after succumbing to injuries from a battle with the Front for Change and Concord in Chad (FACT), a dissident army rebel group in the Northern part of the country. Following his death, a transitional council of military officers led by Deby's son, Mahamat Idriss Déby Itno, as interim president, is overseeing Chad’s transition period for the next 18 months.

The council has published a charter that defines the role of members expected to be appointed to the national transitional council, a charter that has been rejected by opposition parties in the country. In July, members of CET called for an “inclusive national dialogue” that can bring together stakeholders in the country’s socio-political life.

“The death of President Déby has made this crisis obvious, and this inclusive national dialogue and reconciliation is becoming an urgent necessity in order to enable all the children of Chad to come together and agree on a new social contract that should bind them for the next few decades,” the Catholic Bishops said in a July 3 collective statement.

They added, “The inclusive national reconciliation dialogue, which is supposed to bring together all the actors in Chad's socio-political life and set up a national transitional council responsible for carrying out the necessary institutional reforms with a view to drawing up a more consensual draft constitution, is slow to take shape.”

In their December 10 32-point collective statement, Catholic Bishops in Chad say, “The Transitional Charter drawn up unilaterally and opaquely by the Military Transitional Council (MTC), the non-consensual appointment of the members of the Organizing Committee for the Inclusive National Dialogue (CODNI), the co-option of the members of the National Transitional Council (NTC) by decree and the organization of pre-dialogue meetings under confused conditions are all visible signs of the will of a group that wants to impose its political vision on the rest of Chadians at all costs.”

“Be the guarantors and promoters of the human rights and fundamental freedoms of all your fellow citizens,” they say, and add, “The role of the national army should remain that of defending the integrity of the national territory, ensuring peace within the borders, and the security of people and property.”

The Catholic Bishops urge the people of God in Chad to “not be discouraged, but continue to hope against hope like Abraham, our Father in faith.”

“Our Christmas message this year is an invitation to look at our Church and our country with hope. God loves us and invites us to welcome with joy and hope the gift of his peace,” the Catholic Church leaders say in the message titled, “Chadian People, let us journey together in Hope.”

In the collective statement issued at the end of their December 3-9 plenary assembly, the members of CET say they are in solidarity “with the joys and hopes, the sorrows and anxieties of our faithful and our fellow citizens.”

“This invites us to journey together in mutual listening in order to build a national fraternity that transcends the divisions and cleavages that frighten us today,” they add. “God has a plan for the Chadian people,” the Catholic Bishops say, and continue, “the Christmas season, that of the birth of Jesus Christ our Savior, allows us to find the reasons and the indispensable resources to dare to invent our future. It gives us the courage to put ourselves on the side of good, even where it seems hopeless.”

Hope, CET members further say, “impels us to commit ourselves to following Jesus in the construction of a new Chad, more just and fraternal in the image of the Kingdom of God which is a kingdom of truth, justice, love and peace.”

“Hope urges us to commit ourselves to change what is not good in us and around us: in our families, our communities, our towns and villages, our society; in the places where we exercise our professional, political, military and social responsibilities. Living hope requires conversion,” they add. The Catholic Bishops implore, “May the coming of the Son of God into our world bring a new dawn in our hearts and open a new page in the history of our country.”
[Jude Atemanke – ACI Africa]