Ghana: Moringa, the most nutritious plant on earth 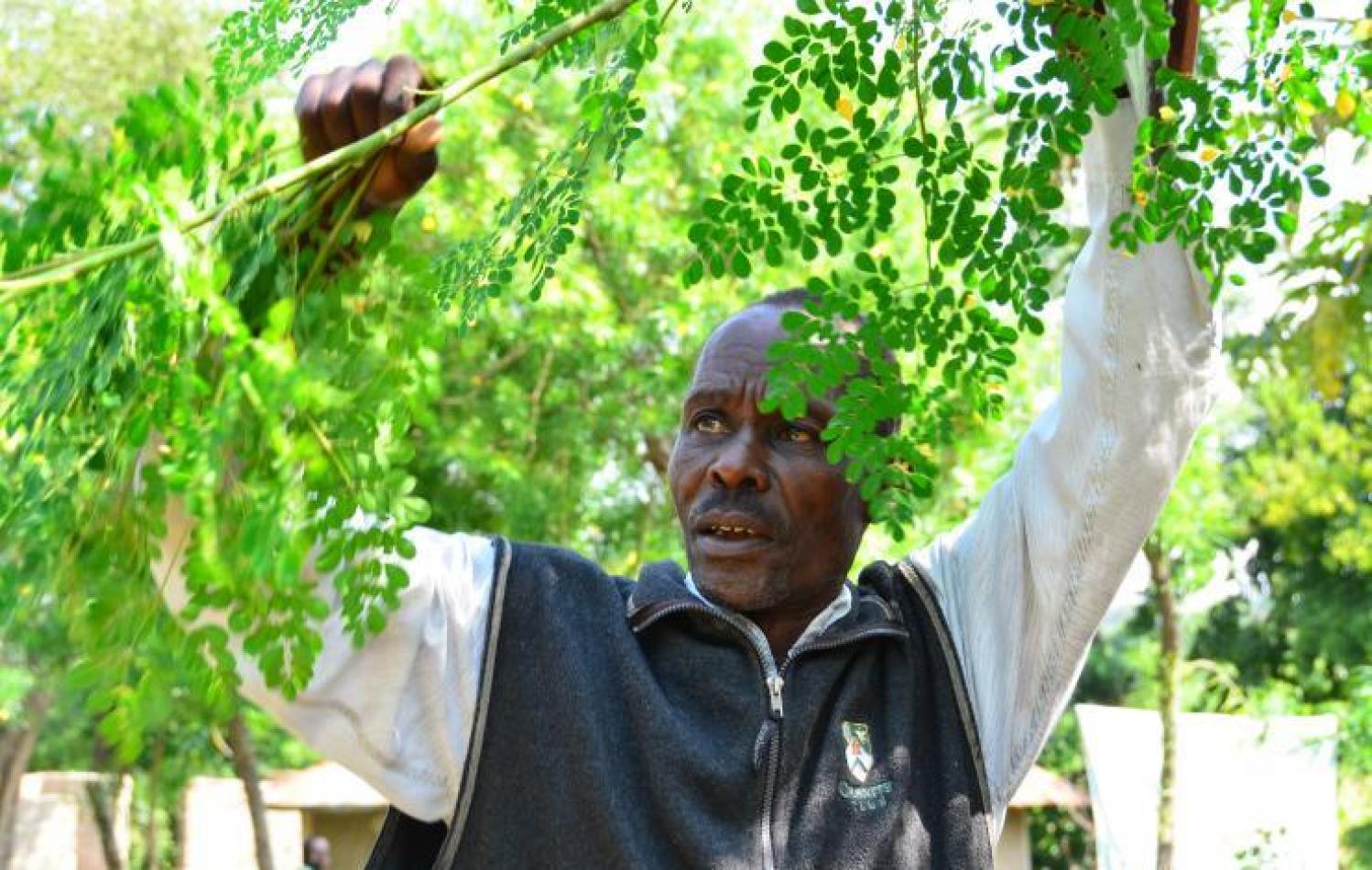 Tuesday, August 10, 2021
Moringa is a well-known tree in many parts of Ghana and the rest of West Africa. Besides many other uses, soup or stew is often prepared with its leaves. It has suddenly caught the public eye, especially since producers have described it as the most nutritious plant on earth.
[Comboni Missionaries]

This lucrative tree grows in many parts of the northern regions of Ghana. It also grows in the wild and has been used over the centuries without much ado about its “greatness.” Interest in the plant has, however, grown significantly since today’s media hypes about its medicinal qualities. Many Ghanaians cannot afford the luxury of going to a hospital unless they are very ill. Therefore, there is a demand for cheap and local herbs that has led to thousands of people reverting to local medication not prescribed by doctors but recommended by friends or the media.

This is why moringa has suddenly caught the public eye. The label on some sachets shows that moringa can help prevent 300 diseases. There could hardly be more welcome news than this, as one cannot even mention 50 diseases off-hand. A Ghanaian news outlet described moringa as a “miraculous tree,” which has been helping millions of people around the world.

In Ghana, the local people have different names for it depending on the language they speak, such as drumstick, horseradish, and Sahijan. Experts have gone beyond describing it as a mere nutritious supplement and now insist on its powerful role in preventing disease and enhancing body resistance. It is said to be packed with vitamins, minerals, and proteins, which means it offers nutritional value.

Moringa leaves contain seven times the amount of vitamin C found in oranges, four times the calcium and twice the protein found in milk. The popular banana that we eat, and that is known to be so beneficial, has only a third of the potassium found in moringa. It has four times the vitamin A of carrots. With these properties and many more, especially minerals that are often ignored or totally unknown to people who use the leaves to treat ordinary body ailments, moringa is set to be the leading herbal attraction for many people today.

Various parts of the plant such as the leaves, roots, seeds, fruits, flowers, and the young pods are said to be heart stimulants and to help improve blood circulation. The plant is a powerful protection against the development of tumours. It is antiepileptic, antihypertensive, antibacterial, antifungal, it lowers cholesterol levels: for these qualities, the plant is used to prepare many medicines in Africa and Asia.

Vying for a place among the most recent batch of medicinal plants that have received renewed attention, moringa is being described as the “most nutrient-rich plant on earth.” Nutrition is paramount to attaining good health, especially in our part of the world where it can help people create a balanced diet. There is a reawakening of the use of moringa in its raw or simple state to relieve pain and to heal and combat many infections.

In treating wounds, moringa is an anti-inflammatory agent and it reduces chronic swelling. Powder made from fresh moringa leaves boosts energy immensely when used regularly. Over the years, its use has never been associated with any negative side effects, and its powder, made from fresh leaves, provides energy for physical exertions, especially for those who do tiring manual labour in the fields or walk long distances to their farms.

They say that “in Senegal, an infusion of leaves is used to control glucose levels in diabetics”. Besides these uses, rural folk in Oman use moringa oil to treat stomach disorders and also use it in cosmetics. Malawians use dried moringa oleifera leaves to treat diarrhoea, while in Haiti, villagers make tea from its flowers as a remedy for the common cold.

The juice from its leaves has a stabilizing effect on blood pressure and is used to treat anxiety. The leaves are also used to treat fevers, bronchitis, eye and ear infections, catarrh, and are also used as a laxative. Eating the leaves increases a woman’s milk production and they are sometimes prescribed for anaemia. When mixed with honey, followed by a drink of coconut milk three times a day, the leaves act as a remedy for diarrhoea, dysentery, and colitis.

Modern research has also revealed some properties of the wonder tree that protect the body against several cancers. Other uses include water purification and the production of paper.  Given the numerous qualities of these leaves, getting hold of them can prevent malnutrition and kwashiorkor, as well as micronutrient deficiencies.

Recently, pharmaceutical departments and research institutes in Kumasi (Ghana), have been working on herbal medicine, especially in connection with the all-important moringa tree.
[Comboni Missionaries]