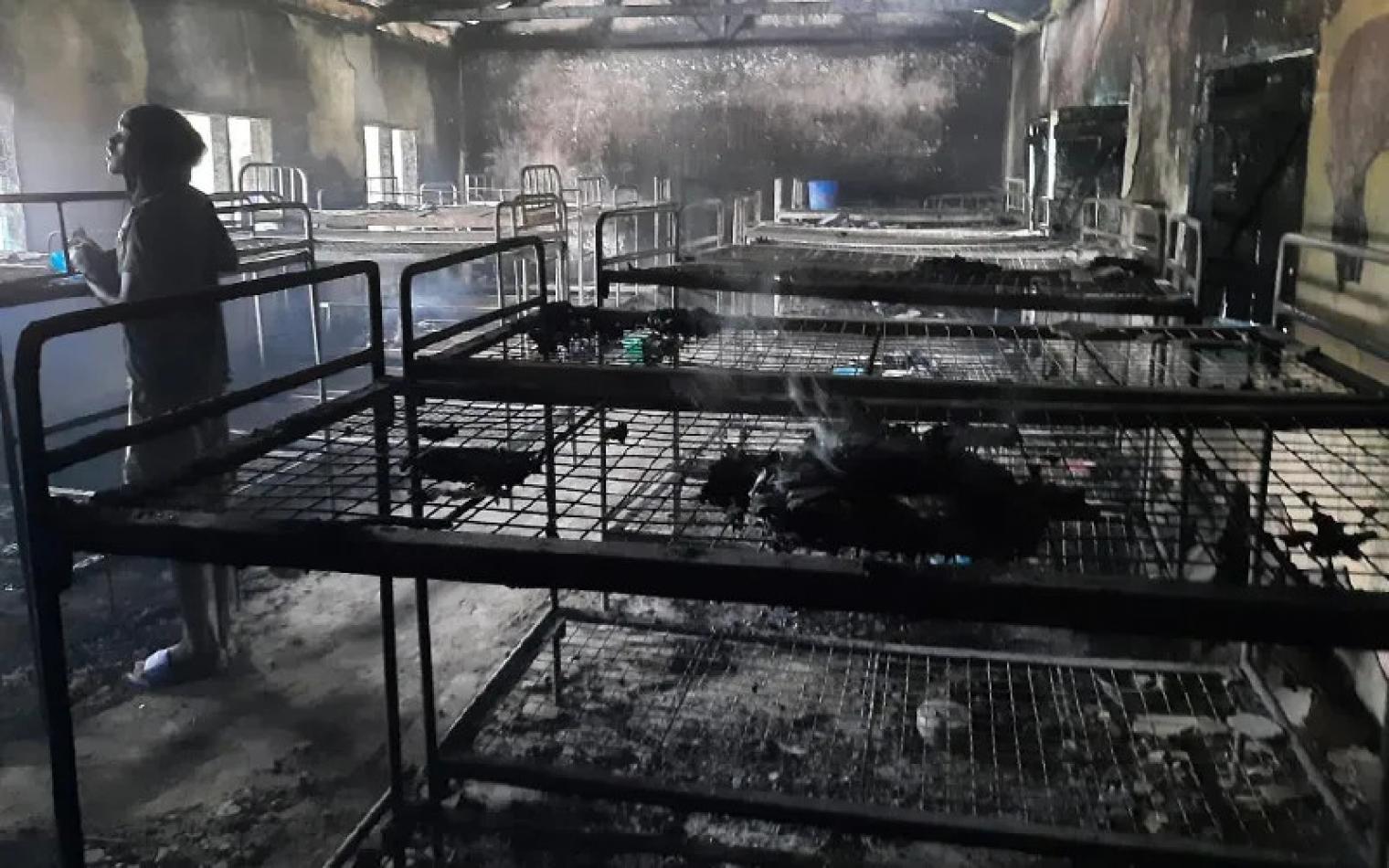 Thursday, May 13, 2021
A fire that ravaged the boarding section of St. Daniel Comboni Boarding Primary School in South Sudan’s Torit Diocese over the week has left dozens of learners at the school with no place to sleep, the management of the Catholic institution has told ACI Africa. In the Tuesday, May 11 interview, the school’s Head Teacher, Br. James Othembi called on well-wishers to help in getting the school with over 500 pupils back to its feet.

“If there is any willing person or organization that can donate to us for the construction or renovation of the dormitories and providing a water facility, we will really appreciate it,” Br. Othembi said. The member of St. Martin de Porres Brothers explained, “At the moment, more than 70 children are spending their nights in classrooms because their dormitory was completely destroyed in the fire.”

“We appeal to all well-wishers in South Sudan and around the world to support our school,” he appealed, adding that the pupils lost everything in the dormitory including their school uniforms, mattresses, and their various study materials. St. Comboni Boarding Primary School of Torit Diocese has more than ten buildings including the boarding section, which has four buildings, the learning section with seven buildings, and the teachers’ quarters, according to the school head.

In the interview with ACI Africa, Br. Othembi further appealed for support to dig more boreholes in the school to reduce congestion at the only borehole that the school has. He attributed the Saturday, May 8 fire incident to the congestion at the only water source at the Catholic institution. “We have only one borehole and the children are 573. Every morning, children have to wait in a line to draw water and also have a line for the bathroom,” he said, and explained, “It is for this reason that a boy who had lost a lot of time in the queue, and fearing that he’d be late for Holy Mass, accidentally forgot to blow out a candle that caused the fire.” The Religious Brother said that the school’s solar system had also been destroyed in the fire and appealed for support to set up a new energy source. Explaining the May 8 incident, the Kenyan-born educationist told ACI Africa, “When the students returned from Church, they didn’t know what was happening and the people in the compound told them it was dangerous to go back to the dormitory. We tried to keep them away from the fire and fortunately, no one was hurt.”

A number of individuals in the Church and the local government have come forward to help through the donation of beddings, Br. Othembi said. The Catholic school was founded in 1997 by an Italian-born Comboni Missionary Priest, Fr. Elia Charpati. Presently, the school is being run by members of St. Martin de Porres Brothers.
[Peter Mapuor Makur – ACI Africa]