Good news from Msgr. Christian Carlassare: “I am fine and grateful” 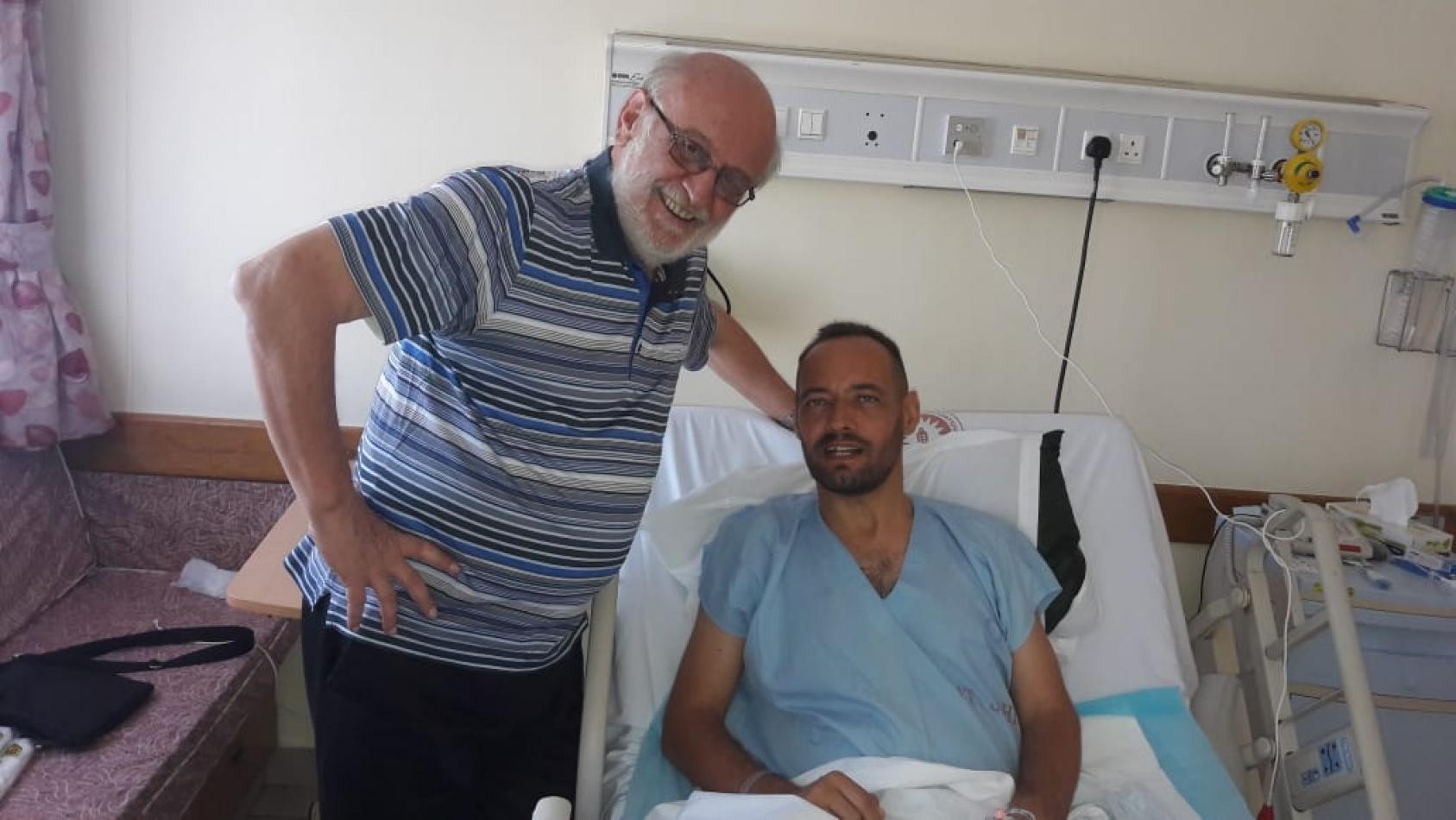 Monday, May 3, 2021
“I am just out of the surgery – told us yesterday the Bishop Christian Carlassare, in a brief WhatsApp message –. Doctors did some muscle reconstruction to close the big hole of flesh. I am fine. I can see the legs are improving but it will take time to be able to walk. I am calm and taking time for myself.... I am carried by your prayer and that of so many people. I am grateful.” [
In the picture: Msgr. Christian Carlassare with his confrere Fr. Francesco Moretti, at the hospital in Nairobi]

In a video recording from his hospital bed at The Nairobi hospital Tuesday, April 27, Bishop-elect Msgr. Carlassare reassured the people of God in Rumbek that he is out of danger and that he plans to return to the South Sudanese Diocese. “I take the chance to greet all of you, my brothers and sisters, in Rumbek. I want you to be at peace to know that I’m well here in the hospital in Nairobi,” Msgr. Carlassare whose episcopal ordination had been scheduled to take place on Pentecost Sunday, May 23, said, adding that he is receiving good medical care, and he is improving.

The episcopal ordination event has since been “postponed until a later date.” Speaking on behalf of the members of the Sudan Catholic Bishops’ Conference (SCBC) that brings together Catholic Bishops in Sudan and South Sudan, Archbishop Stephen Ameyu of Juba Archdiocese said that the postponement was informed by the state of health of the Bishop-elect and followed consultations with the Apostolic Nuncio to South Sudan, Bert van Megen, and the chargé d’Affaires, Msgr. Mark Kadima.

A new date for episcopal ordination of Msgr. Carlassare “will be fixed as soon as he recovers from the physical and traumatic wounds,” Archbishop Ameyu said Saturday, May 1. “We Call upon all people of Good will to pray for the Bishop Elect and the Christian of the Diocese of Rumbek,” the Archbishop of South Sudan’s only Metropolitan see said.

Meanwhile, in a separate statement dated Sunday, May 2 and addressed to Priests, men and women Religious and the Laity in Rumbek Diocese [see attachment], Archbishop Ameyu asks for continued prayers for the Bishop-elect who “has told us that he looks forward to returning to you in Rumbek and that he is holding you all in his prayers.”

“In the meantime, Fr. Andrea Osman, along with some Priests, Religious Sisters, and Laity will ensure the important work of the Diocese continues”, the South Sudanese Archbishop who has been at the helm of Juba Archdiocese since March 2020 says in the May 2 statement shared with ACI Africa.
[Click here to read the full article, in ACI Africa]