Home
Circoscrizioni
Congo - (Nouvelles)
Bro. Lwanga Kakule Silusawa: “Being a journalist in my own country is not easy”

Bro. Lwanga Kakule Silusawa: “Being a journalist in my own country is not easy” 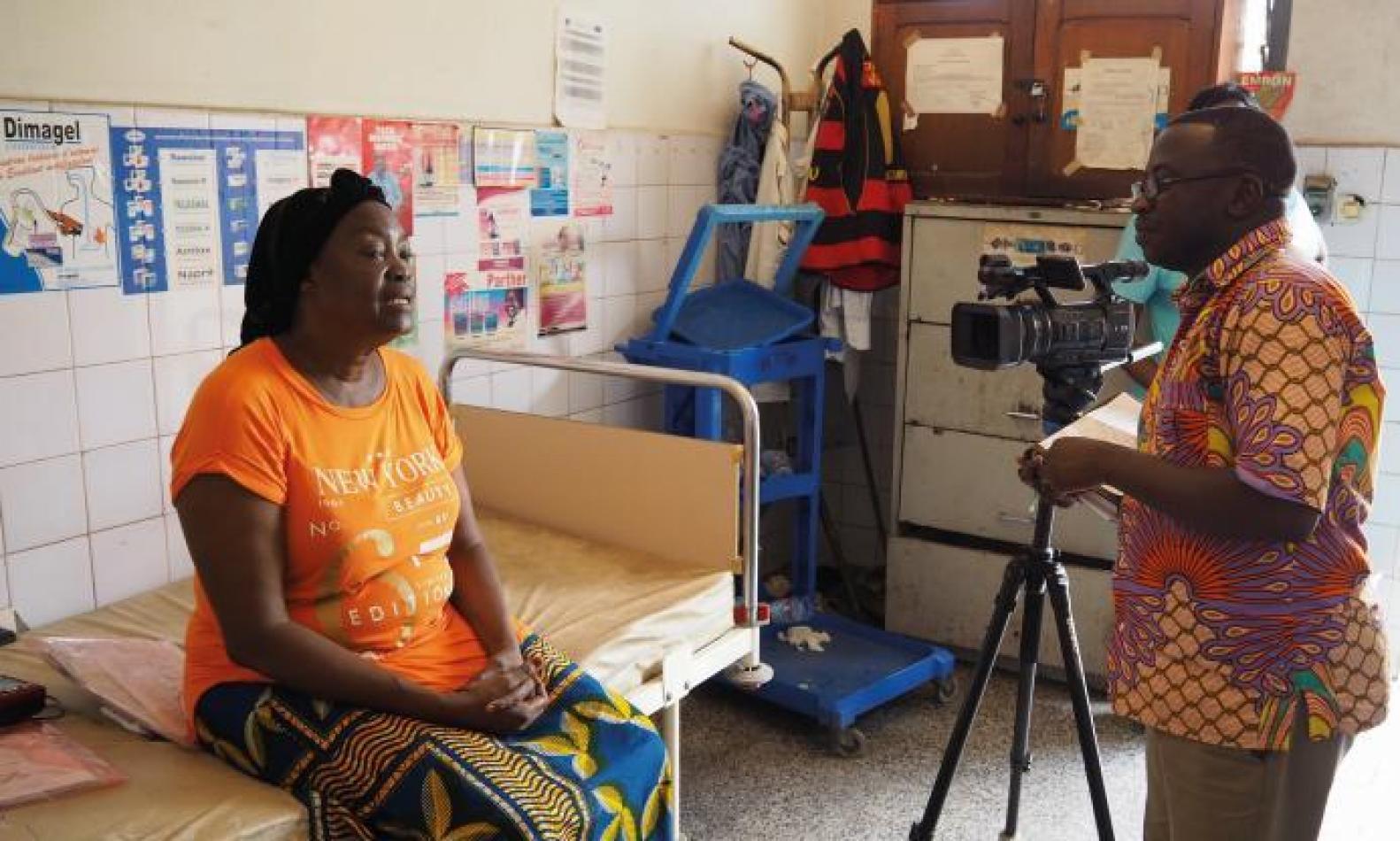 Tuesday, April 20, 2021
After living away from the Democratic Republic of Congo (DRC) for ten years, Brother Lwanga Kakule Silusawa [in the picture] was sent back to his country. He had just completed a career in journalism in Spain where he had been, among other things, an editor of the Spanish Comboni mission magazine, Mundo Negro. He tells us his story.

I arrived in Kinshasa, the capital of the DRC, in the middle of January 2020, when there was hardly any talk of the coronavirus. The team at Afriquespoir was waiting for me, a quarterly comboni missionary magazine that began its journey with very modest means 22 years ago but has grown over time. Today, it is well received in both Christian and non-Christian environments. Published in Kinshasa, it is distributed in the six Francophone countries where the Comboni Missionaries and Comboni Sisters have a presence: Democratic Republic of Congo, Central African Republic, Chad, Togo, Benin and Cameroon.

Our work in the media is part of the legacy of our founder, Saint Daniel Comboni, who discovered in the media an opportunity for evangelization. From our magazine, we try to present the African Churches to the world and vice versa.

We also tell Africans about their political or social reality to raise awareness about the challenges of the continent and the need for them to get involved in the transformation of reality. We are sure, as Comboni was, that only the Africans will lift the continent.

The great difficulties we face come from the political and social reality of the countries where we are. There are few readers because of illiteracy, low interest in reading and poverty. Nobody buys a magazine when they need to prioritize the purchase of food, so we try to take care of the few subscriptions we have.

Furthermore, in a continent where the postal service works so badly, it is very expensive to send magazines to subscribers, who often receive them spoiled and very late. In Kinshasa, our main source of subscriptions is the many parishes throughout the city. We would visit these parishes every Sunday until the pandemic put a stop to that for now.

Until then, I was in several of the parishes to promote the magazine and sell books from our publisher, which we offer at very affordable prices. We are convinced that our texts help people in their human and spiritual formation. Many students tell us that they are useful for their academic work and many teachers appreciate them because they facilitate the preparation of their classes.

Being a journalist in my own country is not easy. The political and institutional crisis we are experiencing makes access to information difficult. Many times, we receive it through radio and television stations that, to a large extent, are in the hands of political forces. Fortunately, reality speaks for itself.

For this reason, we go out and ask people about their experiences. We visit parishes, hospitals, schools, training centres or shelters for vulnerable people. Or we simply go out to the streets to talk to people who have stories to tell. We disseminate the contents collected in the magazine, on the website and, every Thursday, through the church’s local television network. It is an opportunity to show the reality to the people and to make known to the politicians what happens in the streets.
[Comboni Missionaries]