Fr. Constanz Opiyo: “Becoming Friends of God and of Humanity” 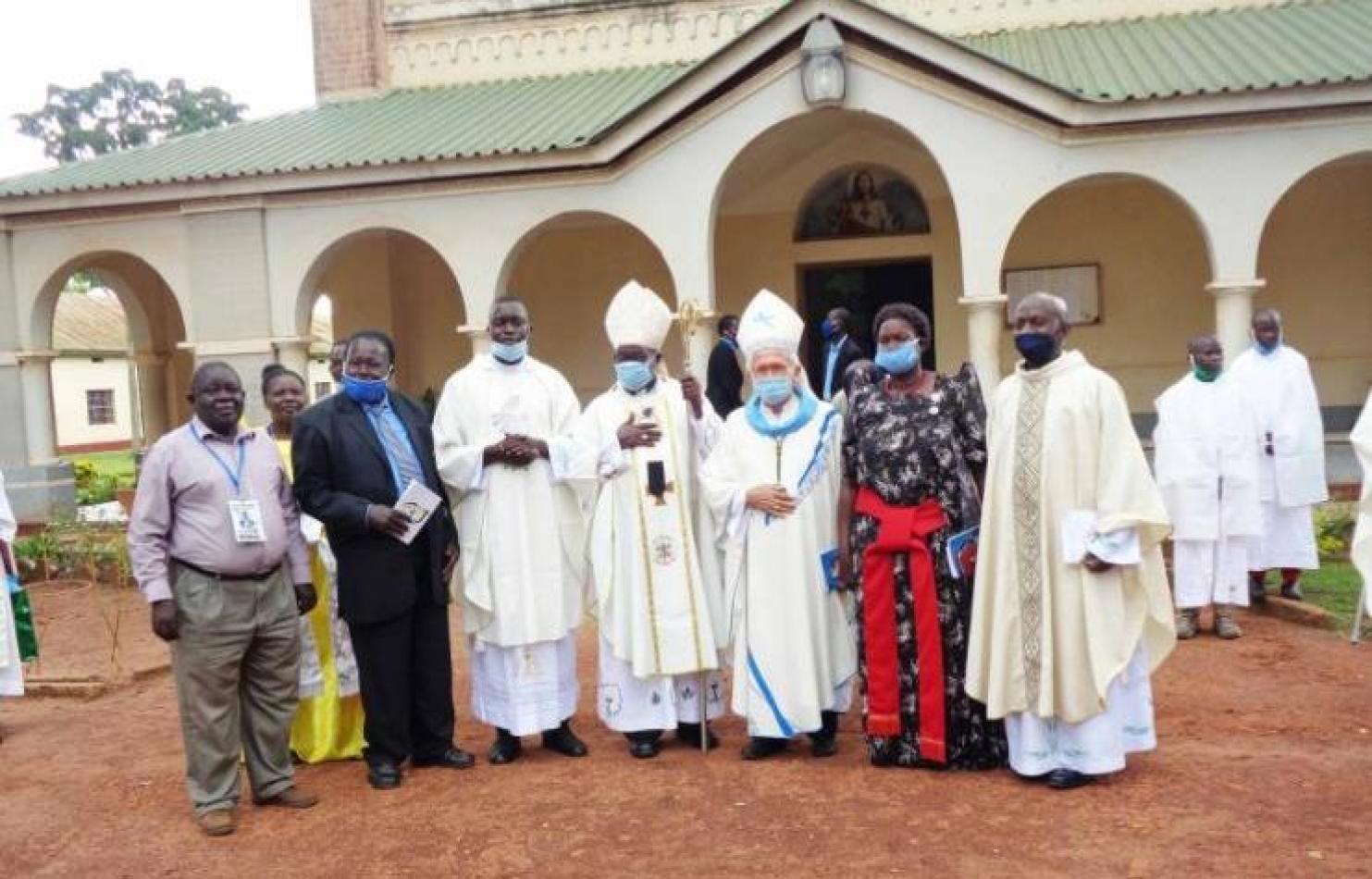 Friday, September 4, 2020
From a tragic experience a new vocation was born. Ordination under the shadow of Coronavirus. The desire to work with young people. A Ugandan Comboni Missionary speaks with us about his vocation journey.

The desire to serve God as a priest started quite early when I was a little boy. While at St. Joseph’s College Layibi, a tragic incident happened on the night of 30th March, 2004. Our chaplain Father Luciano – a Comboni Missionary – was brutally murdered after hearing our confessions in preparation for Easter. It was Holy Week.

It happened by chance that I was the last to go to confession. That incident struck me like a bolt of lightning: “Missionaries are dying, who will replace them?” In this tragic situation I took the decision to continue the work of Fr. Luciano and other missionaries to spread the Gospel. After that incident, which I consider a very special moment for my call, I started to look for possibilities of realizing my vocation. In December 2008, I was invited for a one-week orientation course. Afterwards, I was admitted to the pre-postulancy in Jinja.

From what I remember, that was a difficult time for me. I had to take a decision. To continue my study at Busitema University for a Degree in Mechanical Engineering on government sponsorship or to continue with the Comboni Missionaries. I eventually decide to go to the postulancy. “My son, if it is the Lord calling you, go ahead!” my father encouraged me. My mother also accepted my decision. That was the most courageous decision I ever made, which I have never regretted. Today, I thank God that he has counted me worthy to stand in his presence and serve him.

In 2012, I was admitted at Comboni Missionaries Novitiate in Namugongo from 2012 to 2014. On May 1st 2014, I took my first religious profession. After that I was admitted to Theology at Scolasticat Bienheureux Isidore Bakanja, Kinshasa (DRC) from 2014 to 2018. In 2018, I was sent for Missionary service at Ngetta Catholic Mission until 2019. I took my Perpetual Vows on 23rd August, 2019 and was ordained Deacon on 24th August, 2019 at Alenga Parish, Lira Diocese. On 30th May 2020, I was ordained a priest at Lacor Parish, Gulu Archdiocese.

The preparation for my priestly ordination was not easy. We were and still are hit by the pandemic of Corononavirus. At first, the ordination was planned to take place on the 16th of May. So many people were waiting for the day, my friends and relatives and especially the Christians of Ngetta Parish among whom I had been serving as a scholastic on missionary service and as a deacon. I was thinking that perhaps it could be postponed to July or August when the situation would have normalized.

However, the Provincial Superior suggested that we go on with the ordination under the government safety rule. It was then planned to take place on 30th May, 2020, with only twenty people allowed to attend. Although there were few people, it was very beautiful. I was greatly consoled by this verse from Psalm 33: “The Lord foils the plans of the nations, frustrates the designs of the peoples. But the plan of the Lord stands forever, wise designs through all generations” (Ps 33:10-11). What was planned to be a very big occasion turned out to be very simple and modest because the Lord wanted it to be done his way, not our way. It was humbling. I celebrated my first mass with a few Comboni missionaries and a small group of family members.

My future plans? I will go back to Ngetta Mission. I am very happy with this decision. I would like to be more involved in youth apostolate to help the youth discover their vocation in life. There are a lot of challenges that the youth of Ngetta and around the Diocese of Lira face: early marriages, school dropouts, lack of a clear idea in life, and above all, the need for spiritual accompaniment. Together, we can forge a way to friends of God and of humanity.
Comboni Missionaries