Asia: official visit of Fr. Tesfaye and Fr. Alcides and resumption of the novitiate 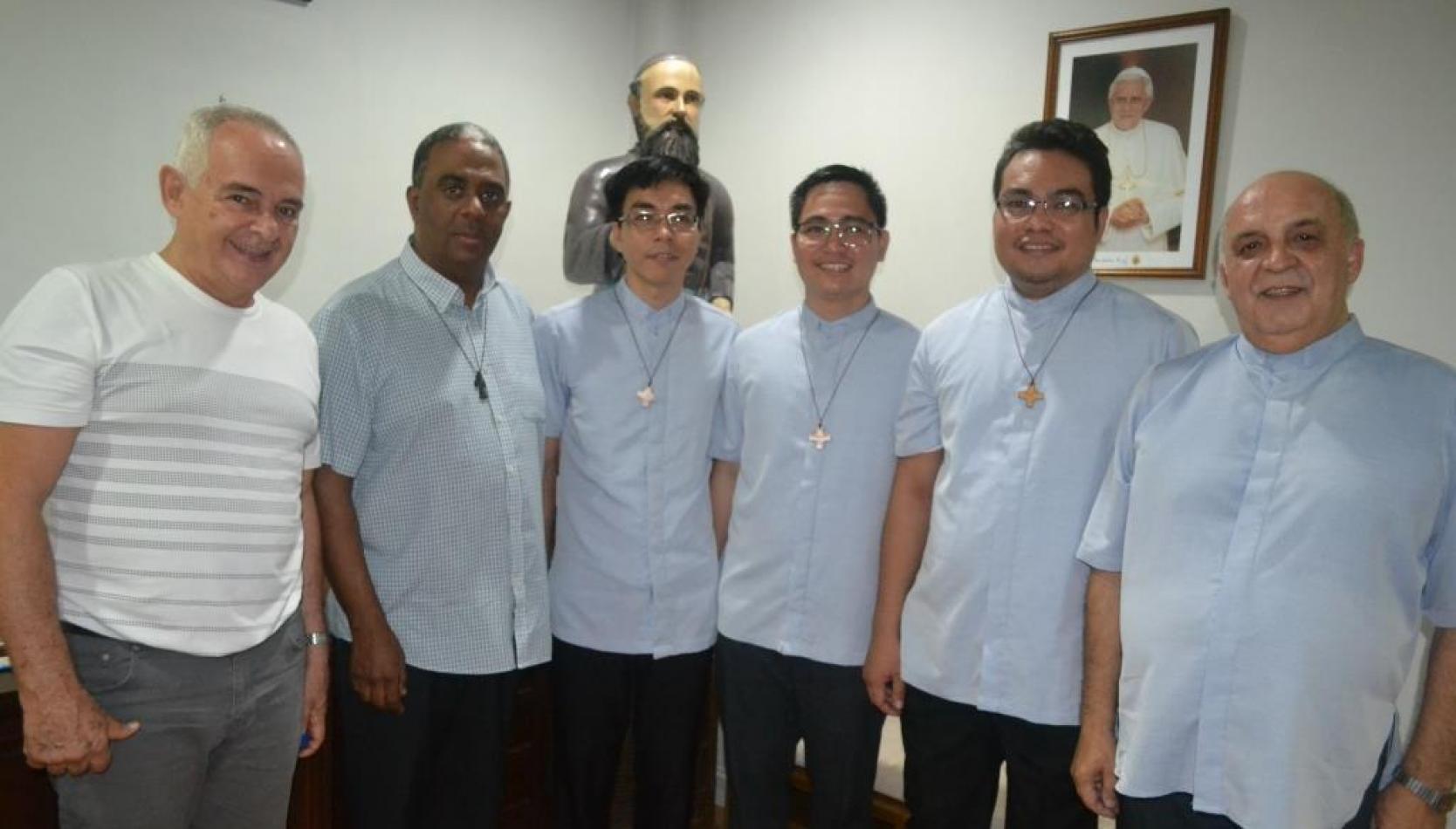 Friday, October 18, 2019
The Delegation of Asia joyfully welcomed Fr. Tesfaye Tadesse and Fr. Alcides Costa for their official visit to the Delegation from the 1st. to the 14th. of October. Though the time was not too long, they managed to visit all the communities and have their personal dialogues with all the confreres. This was certainly a great moment of animation of all the confreres and of a greater communion with the whole Institute. 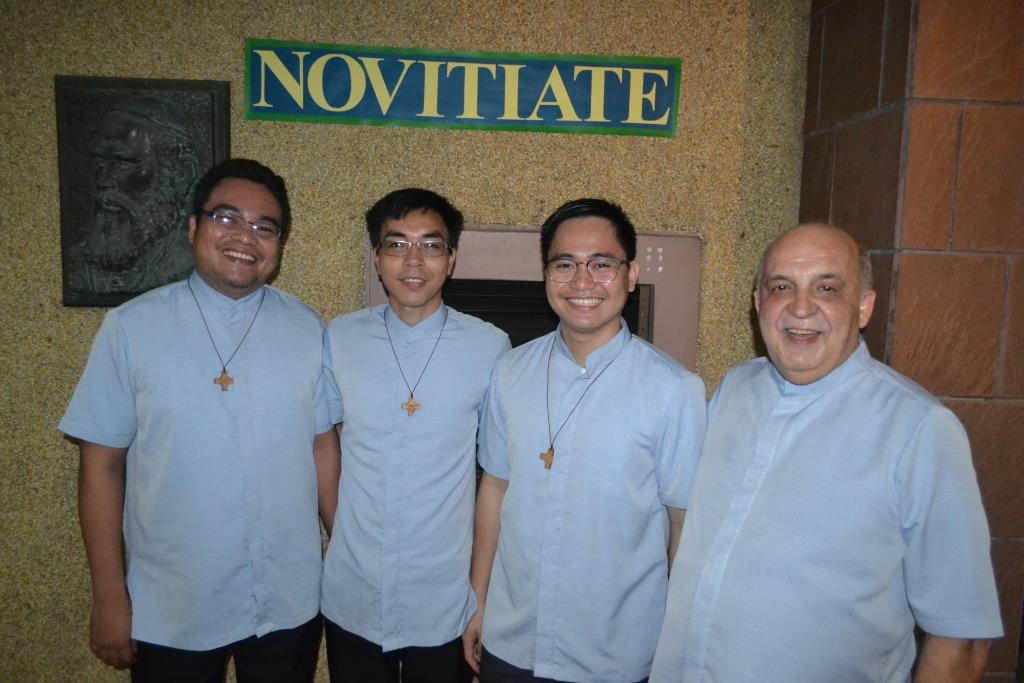 The solemnity of Saint Daniel Comboni this year in the Asia Delegation was marked by the official re-opening of the Novitiate for Asia done by Father General himself, assisted by Fr. Acides, the councilor for Asia.  It took place at the Roosevelt community ground which already contains the Daniel Comboni Seminary with Aspirants and Postulants and is also the center of the Vocation Promotion activity for the Philippines.

The special day started with a solemn Mass presided over by Fr. Tesfaye. In his homily, Father General touched the theme of the message of the General Council for the feast of Saint Daniel Comboni which was about Comboni’s holiness that continues in his followers. Our friends and benefactors present at the Mass, liked the simplicity and humble conveying of God’s word by Fr. Tesfye. After the Mass, everybody remained for a shared breakfast, which marked also the birthday of Fr. Renzo Carraro, the oldest member of the community.

At lunch and during the sport’s time in the afternoon, opportunity was given for bonding among aspirants, postulants, novices and older members of the community. The ceremony of the re-opening of the Novitiate took place in the evening in the building of the Welcoming house which is now the residence of the Novitiate. Fr. Victor Tavares Dias is the Novice Master. He arrived back in the Philippines after ten years’ absence to resume his formative task on behalf of our Asia candidates.

The three novices, two from Viet Nam and one from the Philippines, publicly committed themselves to the life and formative purpose of the Novitiate and were welcomed by Fr. Victor, after some exhortative words from Fr. David Domingues, Delegate Superior and from Fr. General. They then were given copy of the Rule of Life and the Writings of Comboni and a little cross. Present were the fathers of Roosevelt with their students, the fathers and brother of Sucat community and the two delegation councilor Fr. Victor and Fr. Rocco. Especially Fr. Rocco Bettoli who started our presence in Viet Nam, was pleased to see his first two Vietnamese young men reach the Novitiate stage.

Everybody enjoyed a simple appetizer under the veranda of the Novitiate house before proceeding for dinner in the refectory of Saint Daniel Comboni Seminary. After dinner, a colorful presentation by the Novices and the other seminarians expressed the common joy and the distinguished guests from the General Council were given two Filipino embroidered stoles as souvenir of the occasion.

With a sense of accomplishment, evening set on the Asia Delegation personnel: what was started as a daring project some years ago has become a promising development and the decision of re-opening the Novitiate is now a reality and it offers a realistic and concrete way ahead to the present and future Asian candidates to the missionary life in the Comboni institute. Everybody was happy and grateful to the Lord. 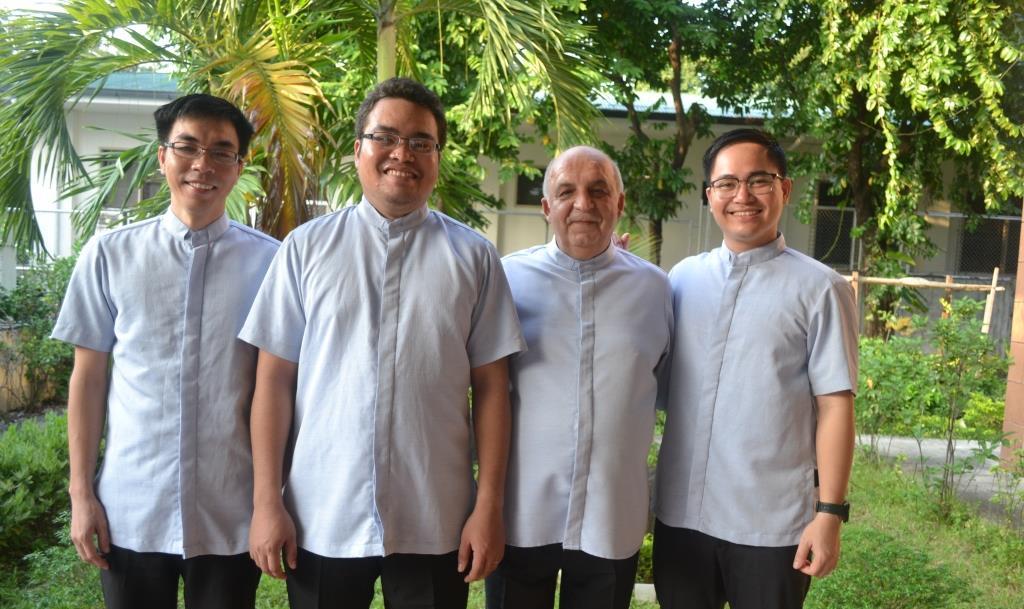 Last October 10 was the official reopening of the novitiate of the Asia Delegation. It had been closed since 2009, and the few novices since then went to the noviciate in Sauhaio, Mexico. It was an historical moment because for the first time in our institute we have novices from Vietnam. The celebration took place in the novitiate house in Manila, and we were blessed with the presence of our General Superior, Fr. Tesfaye, and Fr. Alcides. The novices are three: Romeo Boncales from the Philippines, and Dominic Sang and Peter Tien from Vietnam. The novice master is Fr. Victor Dias. Confreres came from our community in Sucat, Philippines, from Macau and Vietnam. 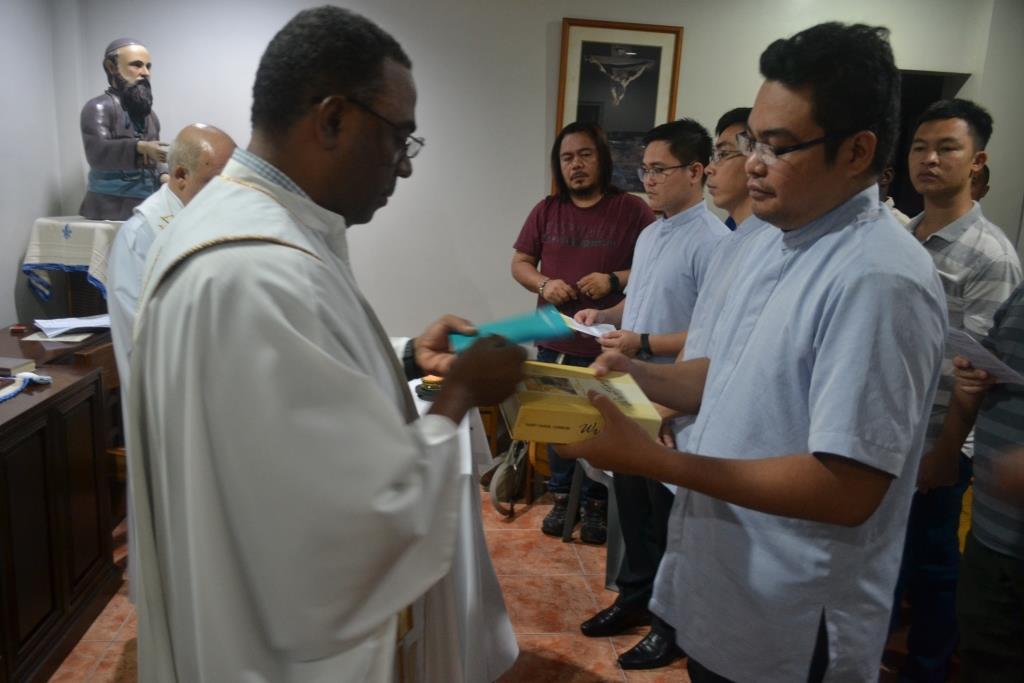 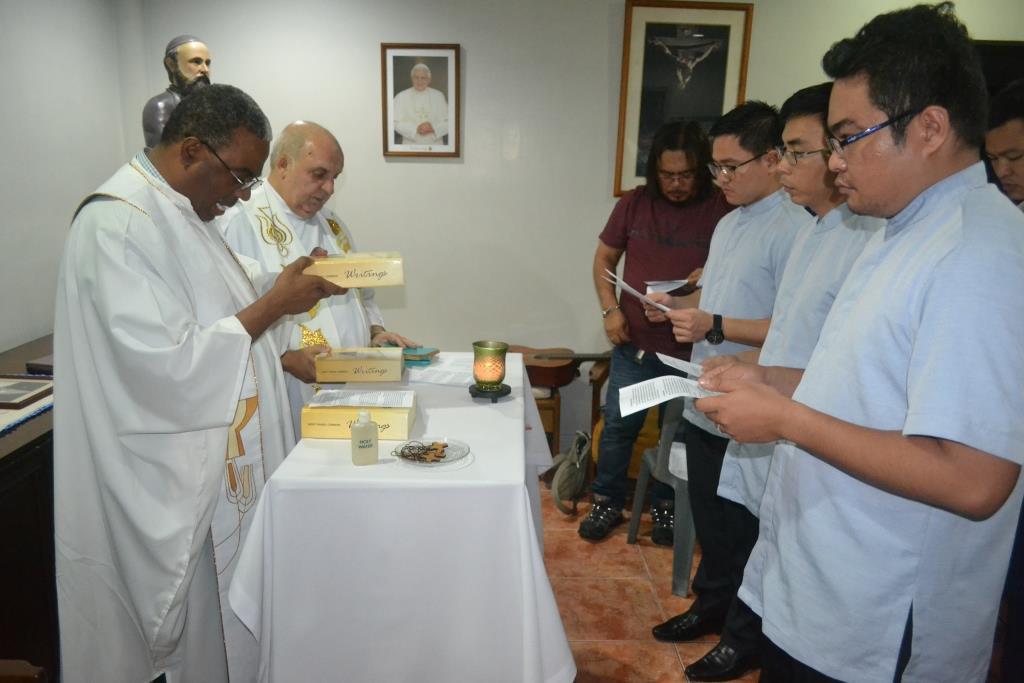 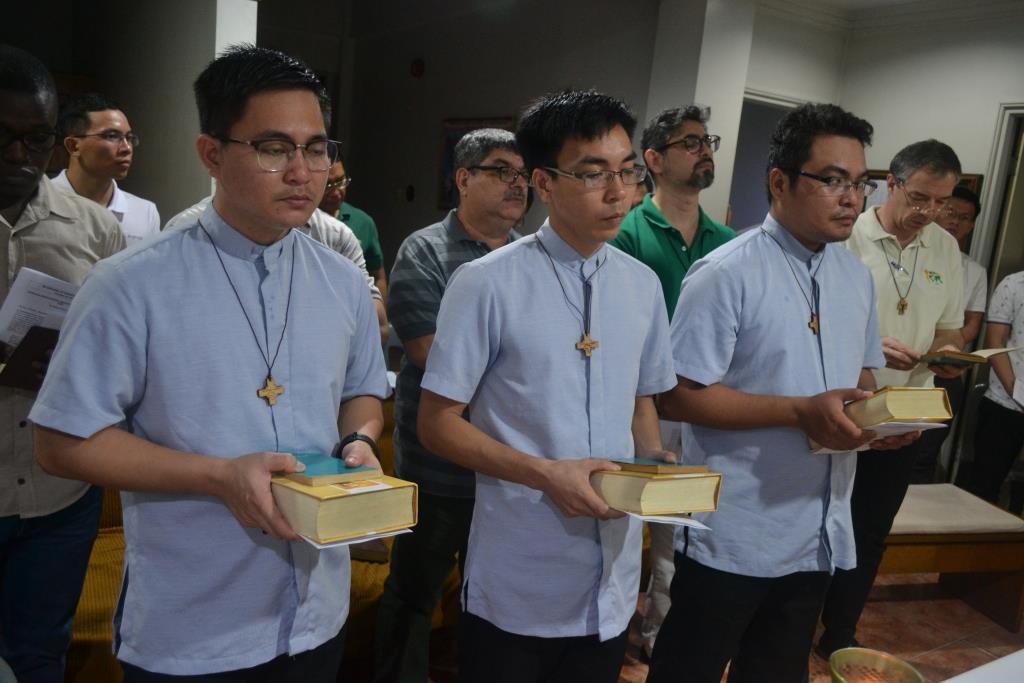 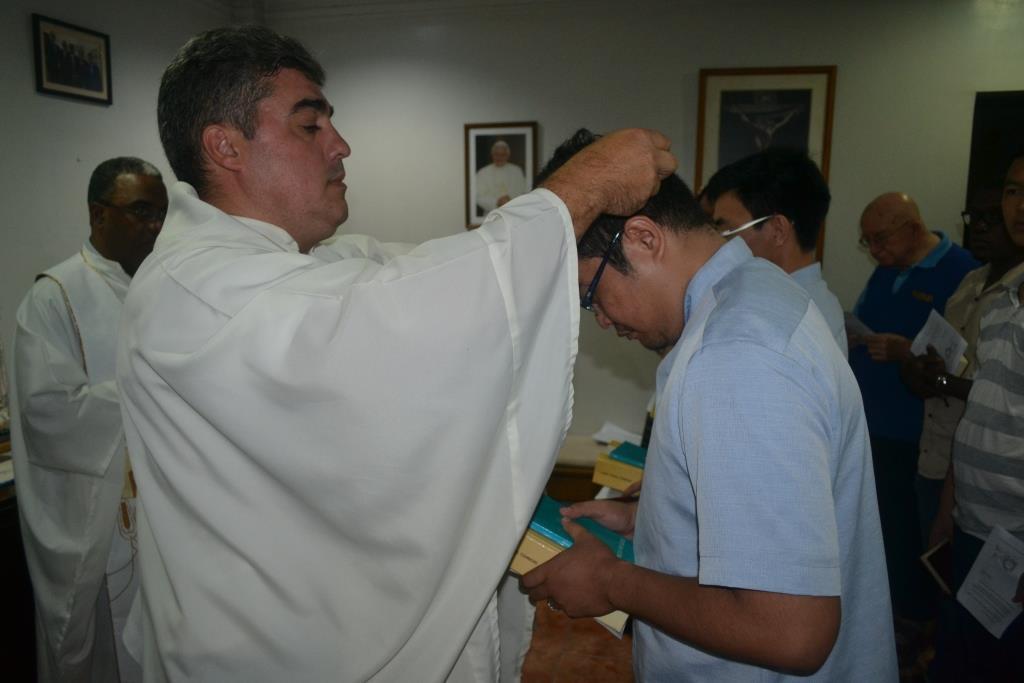 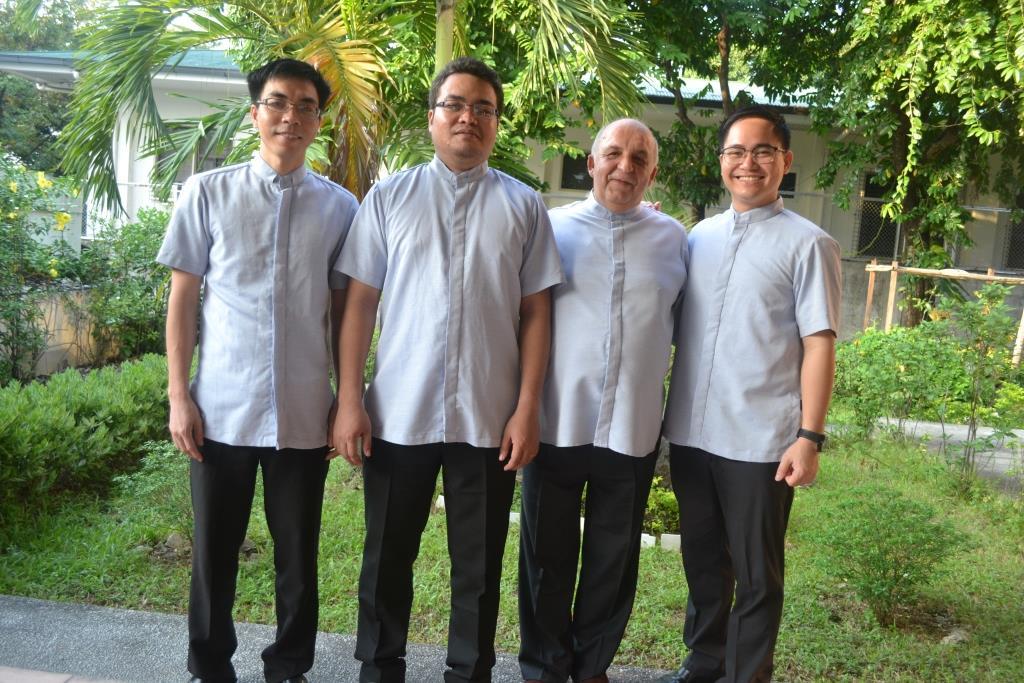