Father Krzysztof Zebik: “My strength is made perfect in weakness” 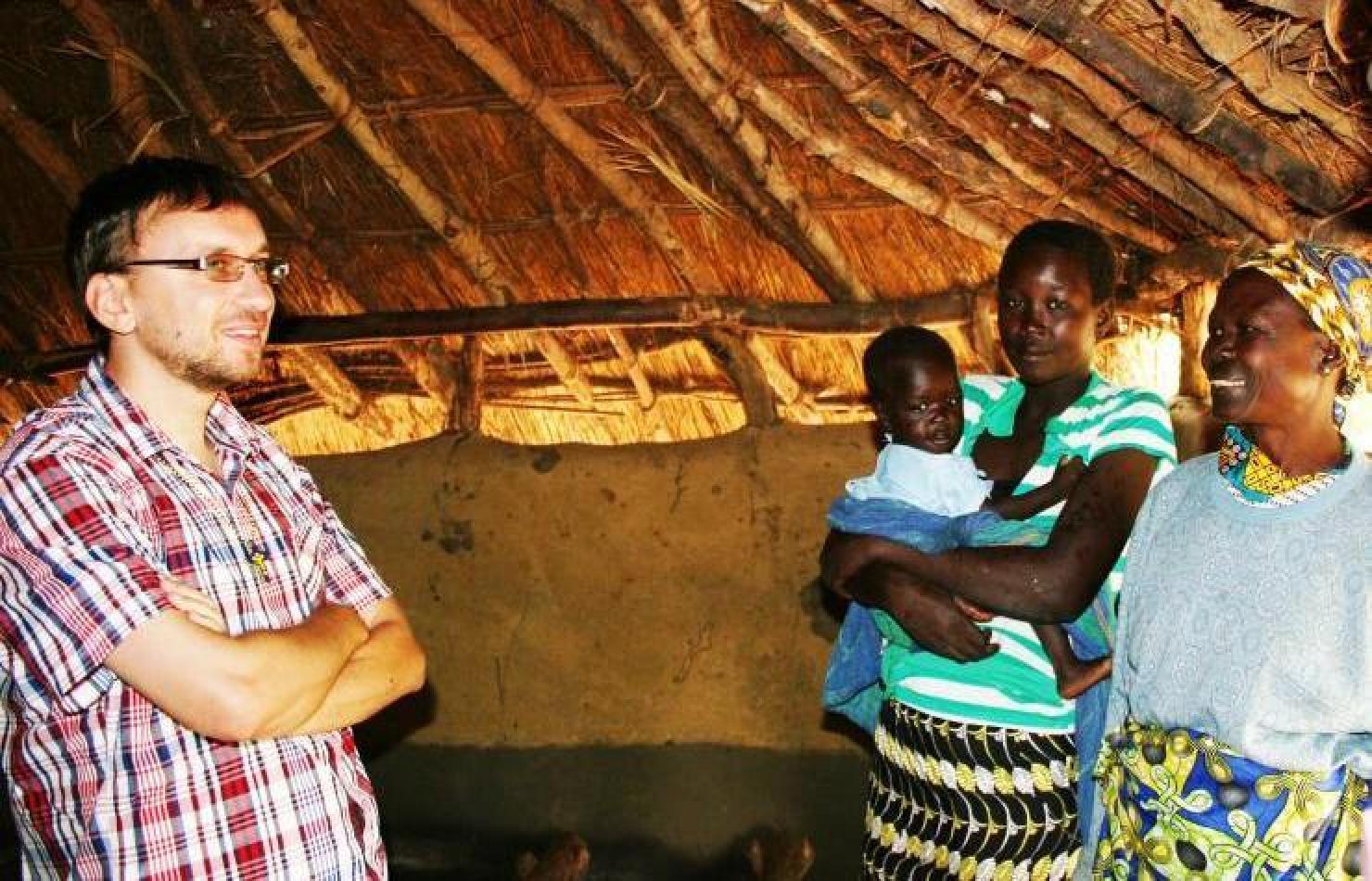 Saturday, June 1, 2019
God has his ways to reach people and to show them His Will. Father Krzysztof Zebik from Poland talks about his missionary vocation.

My vocational journey started when one of my friends invited me to be an altar servant in our parish. In that way I started to be closer to the altar and getting to know what happens during the Eucharist. Anyway, at that time I was not thinking yet to become a priest and a missionary.

After Primary School, I joined Secondary Technical School and specifically the section of computer technology. At the same time, I attended a music academy to develop my passion for music and learn to play piano.

Later on I started going to a School in Wroclaw twice a month with the aim to play Church Organ. That school was next to the Diocesan seminary and several seminarians were coming there to learn Church Organ as well. I made friendship with them and took the chance to visit them for a chat and good coffee. Slowly by slowly I entered more into the environment of the Church and the liturgy and started to think on the possibility to become a priest.

However, my life went on as usual until I took the final exams of the secondary school. Then the question on what I want to do with my life came up very strong. I continued the lessons of Church Organ. Every day I had to do a lot of practice in order to prepare myself for the exams and next stage. The Organ was in the Church and I often found myself alone in the Church. I was of course just practising at first, but later started to spend time in silence to pray.

In those moments I was talking to God, sharing all my plans and preoccupations. I asked him light to know His will, trying to see at least a bit more about my future and what I could do. At the end I understood that I had to give myself totally to him in order to do greater things and build a better world. My heart was deeply touched by every situation of injustice and suffering. I was always eager to help where there was a need, offering my time and skills. I did not know what path to take but I finally decided that I had to start anywhere, and I started from the diocesan seminary.

After one year in the seminary, God showed me that he wanted something else from me. I couldn’t understand why in Poland there were so many priests in the parishes whereas in some parts of the world people still did not know who Jesus was. I started looking for a congregation of first evangelisation.

It was not coincidence that one day I took the magazine of the Comboni Missionaries and I wrote to them. God has his ways to reach people and to show them His Will. I went through a year discernment while attending the second years in the Diocesan Seminary, then I joined the Comboni Missionaries. My family and friends were struggling to accept my decision, but the voice of God was much stronger.

The time of formation was an opportunity to discern my vocation and prepare myself for missionary work. It was a challenge for me to leave my family and friends. It was tough for me to move to Kenya telling them: “See you after three years”. Likely nowadays the internet and electronic gadgets bring people together even though they live far from each other.

The time spent in Kenya was very fruitful and I grew very much in my missionary vocation.

I’m grateful for the three years I spent in Korogocho Slum. I really felt: “This is my place”. Every weekend was bringing something new. I was meeting always new people: drunkards, street children, disable people who mostly wanted only that I sat with them and listen to them. There I shared my life with these people. I learned Swahili and I was responsible for alleluia dancers, then altar servants and youths. Every Eucharist celebrated in the slum was special.

I listened to many different people’s stories but all were very grateful for life and for the missionaries who spent their life with them. I’ll never forget when I came across to a street boy with a bottle of glue always in his mouth. Once he removed a piece of bread from his dirty bag; it might have found it on the dumping side; he broke it and shared half with me. In that moment I experienced real Eucharist: sacrifice and sharing, partaking little things that we possess, sharing with others because of love, being grateful for every day as a gift from God.

It was there that my vocation structured its foundations: there 1 heard the real Word of God and met God in all these poor people. There I could also see my weaknesses that I’m limited, that I can’t answer to all the questions people ask. Nonetheless people are anyway grateful: they feel safe because missionaries are with them sharing their life and faith.

It was very difficult to leave Korogocho. We have to be open to other needs and other people who are waiting for missionaries. I was sent to Amakuriat in the north of Kenya, for my missionary experience. I spent two years living among the Pokot people. I managed to adapt myself very fast to the new environment. I came across a new language, new people and new environment where again I could see God’s presence.

In 2011 I went back  to Poland for my priestly ordination. Then, I was asked to remain there to work in the magazine. I had to accept it and understand that there are many needs and missionary work can be done everywhere, even in Europe. I took the opportunity to share about my experience in Africa with people who have never known missionaries and do not know what they are doing. I felt the joy of being a missionary in every occasion a met people to talk about mission.

In Poland I was also preparing Comboni Lay Missionaries for the mission. It is nice to see some fruits of that work: young people giving their lives for the poor and abandoned in Africa or Latin-America.

In 2016, I was assigned to South Sudan. I knew that country because I had the chance to stay two months in Old Fangak some years earlier. I was happy to go back to the same very place. I was convinced that I could get on with that environment without problems, I could learn the Nuer language and serve the community, eat everything, walk long distances through swamps, overcome sickness. I was eager to do so. I could not imagine that one day my body would fail. After one year there I realised that I was not superman.

During the visit of a village, I got sick with hepatitis and I was evacuated to Nairobi for treatment. From that moment my liver is not the same as before and every local food is giving me trouble. Some said that I’ll need at least one year to recover. That entire situation forced me to accept my limitations and I had to change mission. Recently I went to Yirol where little by little I’m getting involved in the pastoral work.
Comboni missionaries