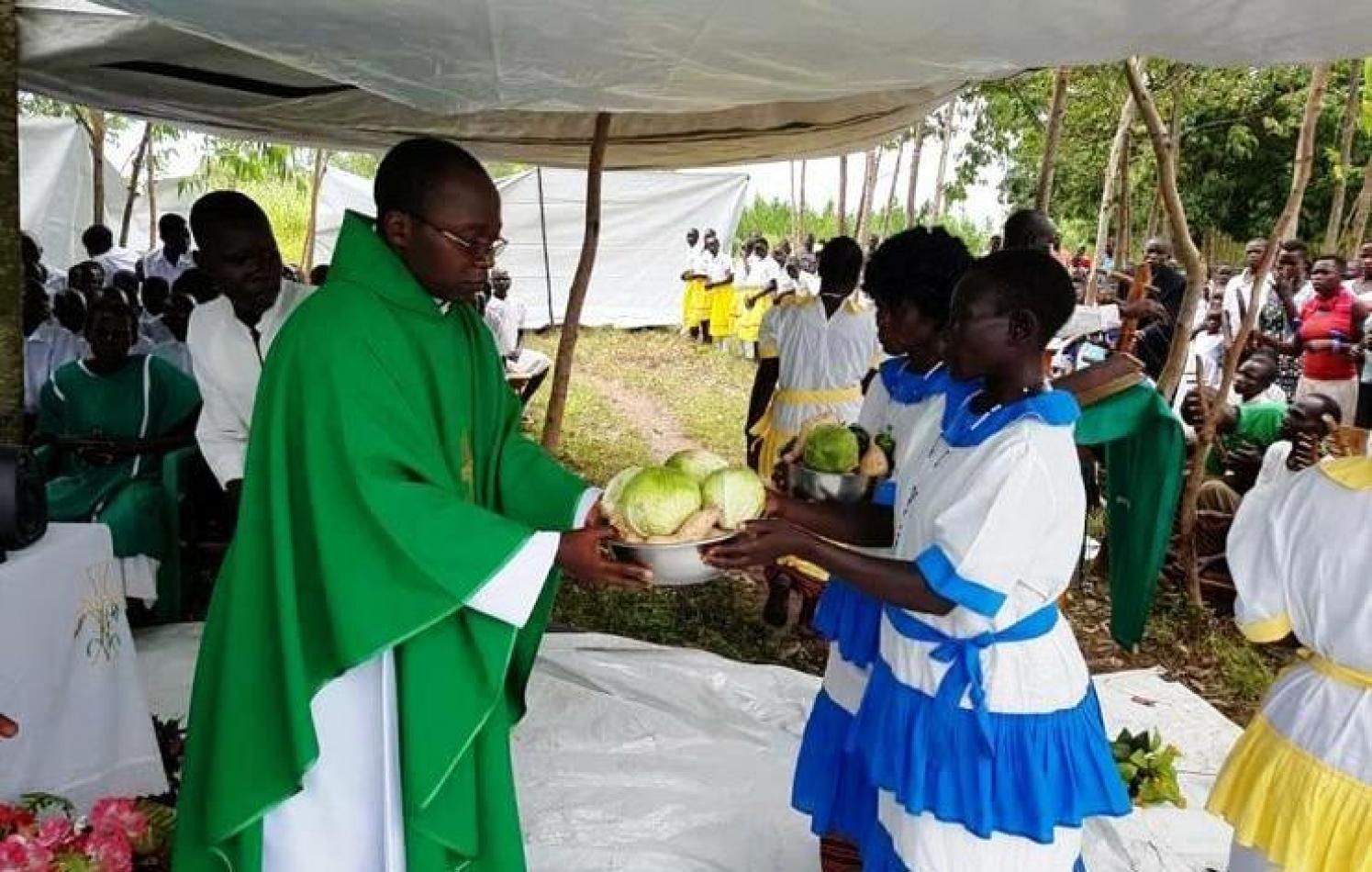 Saturday, October 6, 2018
If I were to describe my vocation journey to priesthood in two words, I would say “Lesa Waluse”, God is merciful’, said Father Ben Makungu Chola, from Zambia. Here is his story.

From the point of view of Christian faith, my childhood was as smooth as silk. I was baptised, I heard my parents and grandparents pray. I saw them going to church, and I followed them as the most obvious thing to do. During my primary school, I went to catechism classes, I received first Holy Communion and I was confirmed.

After my junior secondary school, in 2000 I went to a high school in Kafue. Here my dreams changed: my ambition was to become a lawyer. Why? To people, I kept saying that I wanted to fight for justice and for the good of poor people. Yet, in a remote area of my brain, there was the conviction that lawyers had a lot of money… I was a young man then, and I believe you can forgive me for that ‘sin: The fact is that everybody around me knew that I would study law. I invested a lot of energy and time in my studies, since I knew that, without good results, I could say ‘bye-bye’ to the university.

In 2002, I was elected chairperson of the youth of St. Ignatius small Christian community. As a young ‘would-be’ lawyer, I took that ‘call’ as a spur to create a peaceful environment for everyone and bring unity among the youth. The young boy who had preceded me in that role had divided the youth group and I thought I had to bring back unity and communion.

Then, Mission Sunday 2003 came a Comboni missionary priest to celebrate mass in my parish. His homily enchanted me. He spoke, with passion and joy, of missionary life as a fantastic adventure in the name of God. He used to play guitar.

After mass, I approached him and asked if he could teach me how to play the guitar. He answered “Yes, with pleasure”. By the time I could strum the instrument decently, I had become Comboni aspirant.

In 2005, I joined the Comboni Postulancy in Balaka (Malawi). I followed philosophical and religious studies at the Inter-Congregation Seminary (ICS – today, an Institute) in Balaka. Then I moved to Lusaka for the two years of Novitiate. The Novitiate was a special time for me to come to know and appreciate Comboni charism, life-style and values. It was a moment to encounter Christ ‘face-to-face’ and build a deeper personal relationship with him. On May 2011, I took my first religious.

I went to Kenya for my five-year theology studies, at Tangaza College, Nairobi. I loved theological courses, and I loved also reading and studying anything that dealt with missionary and priestly identity in the spirit of St. Daniel Comboni.

In 2015, after finishing the theological studies, I went to Uganda for my missionary service. I was assigned to the Holy Cross Parish, Ombaci, in West Nile, in Arua diocese, 520 km north of Kampala. There was plenty of work for me: visiting the 11 chapels, encountering the 27,000 Catholics, meeting pupils and students in the various schools run by the church, in particular Joseph’s College.

In April 2016, I made my final profession in Namugongo, near the shrine of the Ugandan Martyrs. On 22nd October, I became a priest. It was World Mission Sunday.
On my ordination day, I was appointed to Ombaci Mission in Uganda. After two year I am still in Ombaci mission, happier than ever. I am not a lawyer, true. Yet, I am still an ambassador of peace, a lover justice, crazy for love, unity, human dignity and solidarity. Above all, I am a witness of God’s mercy to me and to all.
Comboni Missionaries