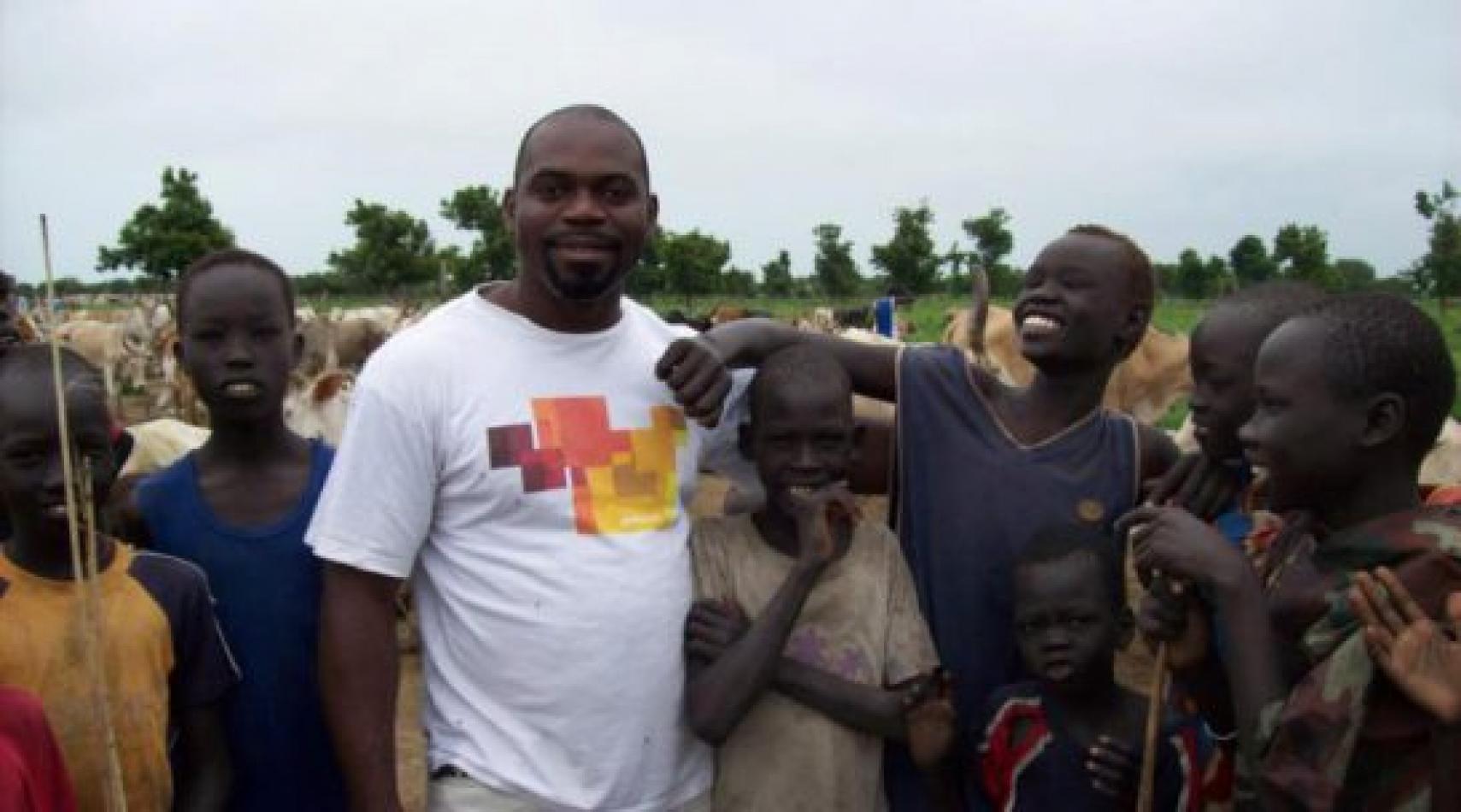 Tuesday, September 25, 2018
My name is Ayih Teko Dugbé Fafa Jean Claude Pierre, a Togolese. I was born on 13th September 1983, in Aneho, a coastal town, of southern Togo. I grew up in Lomé the capital city of Togo. My biological parents are Ayih Ayikoe Emmanuel who was a customs officer and Gbogbo Amivi Wilhelmine who was a wax trader in the biggest market in Lomé. I grew up with my parents and my brothers and sisters.

My parents had lived together all their lives until my father’s death on 10th October 2005, after a long period of sickness. I am the third born for my mother and a ninth born for father since he was a polygamist. My mother was the last wife of my father and they got married in church.

Training for the mission

I did my primary education at Ecole Primaire Catholique de Kodjoviakopé from 1987 to 1994. I then went to n junior secondary school at Grand College du Plateau from 1995 to 1999. Thereafter, I joined the Technical College at Lycée d’Enseignement Technique et Professionelle de Lomé where I did my Senior Secondary School from 1999 to 2002. I studied civil engineering. After high school, I went to the University to learn Informatics Technology (IT). I joined the Comboni Missionaries after my first year of university. During the holidays, I went to the market with my mother where I helped her sell her wares, one of the things I learnt as a boy and which I loved.

I worked forsix months in a construction company before I joined the Comboni Missionaries’ postulancy in Lomé. I did my postulancy training as a brother candidate for two years together with the priest candidates. I did further studies in civil engineering from 2004 to 2007. Thereafter, I studied Philosophy for one year at the Don Bosco Institute. In August 2008, I started my novitiate in Cotonou – Benin and made my first religious profession on 10th May 2010.

Thereafter, I was sent to Nairobi, Kenya where I spent three years at Tangaza Colloge.  First, I had to learn English and later I studied and obtained a BA in Sustainable Human Development at Tangaza University College. Every summer holiday for the three years I was in Tangaza,, I went to  South Sudan for my attachment and community experience.

After completing my studies in September 2013, I was sent to South Sudan for my missionary experience in the community of Leer in Unity State. I stayed there until January 2014 when we, together with the local people,  had to run away because of the war. In April 2014, after a short holiday I returned to South Sudan. The Provincial sent me to the community of Lomin Kajo Keji where I worked with Brother Erich until August 2016. I then returned to Nairobi for a three-month preparations for my perpetual vows.On 3rd December 2016, I took my perpetual vows in my home parish in a beautiful celebarion in Lomé. It was the first ever for a Comboni Missionary Brother to  make their profession in that parish.  Many people attended the celebration and it was the first time for them to see a  a profession by areligious male.

After my perpetual vows, I was unable to return to the mission due to the 2013 civil war in South Sudan which reached the mission of Kajo keji. The community fled to Uganda to a place called Moyo with the refugees from South Sudan.

Challenges of the mission

I have experienced  many challenges along the way to becoming a Comboni brother. The first challenge was life in the postulancy as a brother living together with the priest candidates. I was the only brother candidate. The programmes of the university and the postulancy were heavy. I came back from the university in the afternoons and joined the others working in the garden or doing manual work. I had to work hard to balance university work and formation house activities.

The second challenge was my father’s sickness and death. He was diagnosed with prostate cancer and admitted in the hospital when I was doing my first year of postulancy.  I spent my first holiday with my mother nursing my father in the hospital. It was painful to see my father in that situation. I had to help my mother carry and clean him every morning and afternoon. He was in that condition for two years.  He died on 10th October 2005. That day, when I came back from the university, the formators called me for a meeting and informed me about my father’s death.  One of the formators took me home to see my mother and to stay with the family during that sad moment.

The third challenge was the civil war that broke out in South Sudan. I had just finished my training at the Comboni Brothers Center (CBC) in Nairobi and I was in Leer, South Sudan for my first mission when the civil war broke out. I was involved in many activities especially in the education of the Nuer people.  I was the administrator and teacher of technical drawing and IT.

The government forces attacked Leer County. We had to run to the bush with the people and stayed there with them.  It was a difficult and challenging situation for me as a young brother in my first mission experience.  I had to face the situation of war. I thank God that we were not killed. During our stay in the bush, I faced other challenges such as language barrier, lack of food, theft and death threats.  I befriended a local person for protection. Later, I went home for a short break and when it was over, my mother asked me: “are you going back to that place again?”

The fourth challenge happened during my second mission experience in Lomin.  After Leer, I was asked to go to Lomin where the Comboni Missionaries have the St Martin Project. The project promotes and empowers the youth with technical training for the development of the area. We are involved in agriculture, carpentry, welding and weaving. I worked in Lomin until I went to Nairobi to prepare for my perpetual vows.

Mission in a refugee camp

When I returned to South Sudan yet again, the civil war had reached Lomin. Again, we had to run away with the people to Moyo in Uganda. We are currently in the refugee camp. It is another tough experience for me. I left everything behind. I am now a refugee and at the same time a missionary with the people. When I see the suffering of the people in the camp, I feel very bad and helpless. Yet, despite this, there is a sense of hope because God is with us.

One would ask, with all these challenges where do I get the strength? I believe that trust in God is the answer. It is tough but I just trust God and move on. God has been good in my life and he keeps me going. Whatever God allows to happen in my life, He knows that I can face it. My principle is to take each day as it comes.

God is in control

I love learning new things. I am learning a new South Sudanese language but I have not yet finished due to the situation of the country. Hopefully, I will master at least one of the languages in South Sudan. I love football, cooking, travelling and making friends.

My journey has been an ordinary story of events led by the hand of God. It is a journey of valued little decisions. I am still self-introspecting. “Will I be sure of the destination ?”.  After taking perpetual vows, I realized that I was just starting a new journey.

I love what I am. Over the years, I have made mistakes and continue to do so. But one thing I believe is that God is wonderful.  He can turn a stone rejected by the builders into a cornerstone. That is why I always trust Him.  I pray and listen to the Word of God and the lives of outstanding missionaries. I feel encouraged and put my future and trust in him. I am happy and enjoy being a Comboni missionary brother. It gives me the opportunity to meet God in my life. And I believe that by using my talents well, I will be giving love back to God and become a good servant as the gospel invites us to be (Mt 25:14-30).