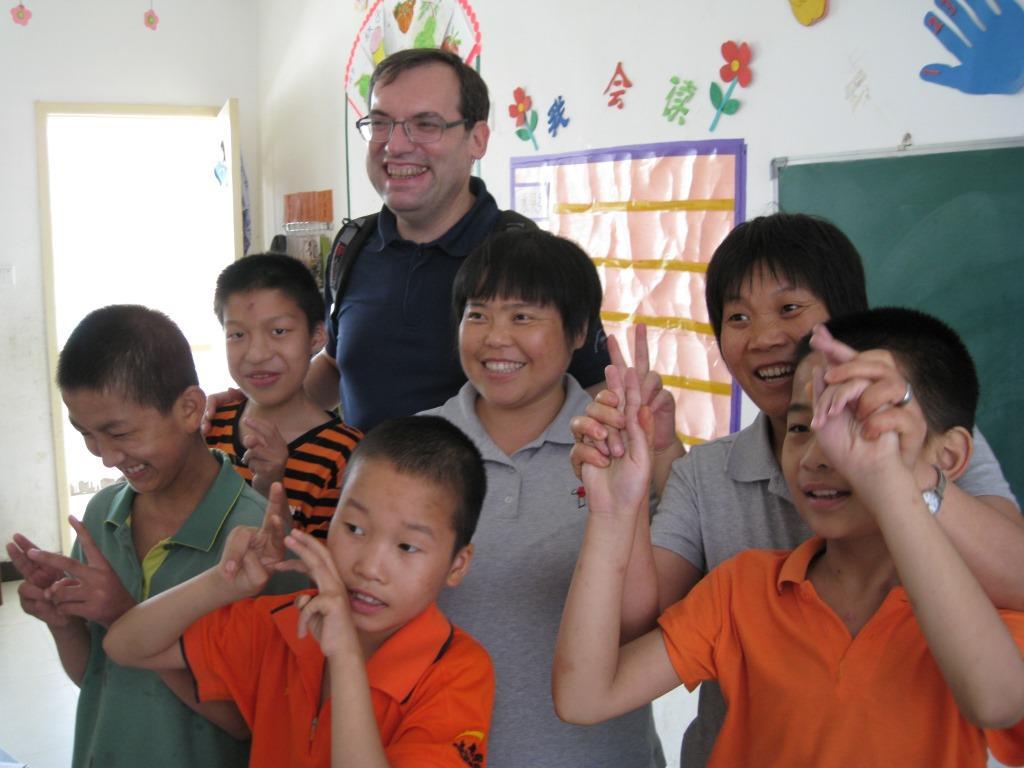 Tuesday, March 27, 2108
The year 2018 marks the 20th anniversary of “Fen Xiang” Project, in Macau. In the past two decades, FX has opened different fronts and venues in its collaboration with the Church in China, both the underground as well as the public community. FX has implemented its aims following the itinerant missionary approach, mainly through trips made from Macau into the mainland. In October 21, 1998, a first draft of the aim and purpose of Fen Xiang was worked out. Soon, it started developing into a kind of China Office, which enabled the Comboni missionaries to have a presence in mainland China. This was carried out in various ways that aimed at a main objective: formation of the person, in its different aspects. For a missionary congregation in Asia, China with its population, long history and rich Cristian witnesses and martyrs, along the centuries, cannot be ignored.

Hundreds of church personnel, priests, sisters, bishops, seminarians and laity as well, have benefitted from FX scholarships, in the hope to improve their formation. The FX team has also imparted courses of formation, retreats, youth camps, etc., particularly since 2012, by stressing the missionary dimension of the Church, Biblical spirituality and basic Christian spirituality.

Along the years, FX has also focused its energies in helping the poorest and abandoned in the Chinese society, collaborating and supporting orphanages, aid's centers, poor rural children, etc. Formation of the staffs of orphanages and Catholic Sisters, through scholarships and courses on spiritual formation conducted periodically, have proved to be beneficial and useful for the local Church. This has been done in a discreet and prudent way, due to the particular set up in which foreign missionaries are not allowed to carry on religious activities. FX has achieved its aims by establishing a net of benefactors, friends, diocesan missionary offices and NGO’s, from different countries. Regular contacts with them was made possible through its quarterly bulleting "Fen Xiang News" published in five languages and sent to 800 subscribers. Through it, FX has brought the Chinese world, particularly the concerns of the Church in China, to the knowledge of many people. Many good friends have also collaborated with their financial support of FX’s 45 yearly projects implemented in China.

At present, FX has established solid contacts with many dioceses, bishops, church’s personnel and especially with Catholic Centers of Formation (seminaries, Formation centers of sisters and structures to support the underprivileged in Chinese society). FX, since 2005, started a digital bulletin “Yen Kuang”, to spread the missionary spirit in the Church in China, to dioceses, parishes, seminaries, centers of formation for sisters and other friends in China.

Recent events, regarding the on-going dialogue between the Vatican and China regarding a possible beginning of an agreement between both sides, as well as the new religious regulations enforced since February 1, 2018, have brought a lot of uneasiness as well as hope in the Church in China, as well in those involved directly or indirectly. The future is uncertain and present political developments in China in terms of tighter controls, send sings of concern both in and out of China. FX will carry its commitment to serve the Church in China for the coming years.