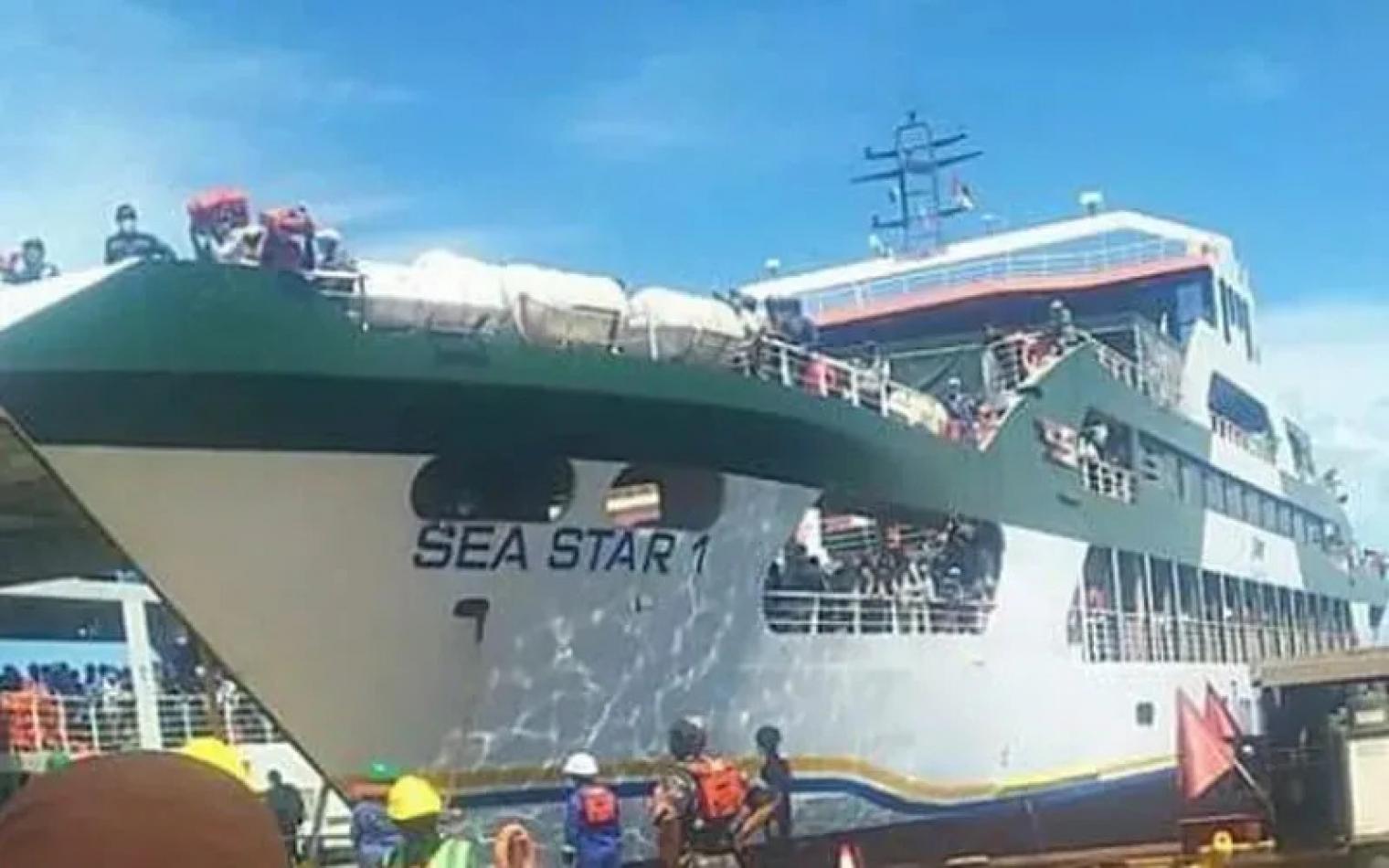 Monday, August 30, 2021
There is a mounting fear of attacks in Nampula, a province in Northeastern Mozambique as the country plans to embark on extracting oil and gas in the province. [Picture: A ship in Palma that was used by TOTAL gas company to evacuate their employees from Palma to Pemba during an attack in March 2021. Credit: Denis Hurley Peace Institute. Text:
ACI Africa]

Catholic peace entity Denis Hurley Peace Institute (DHPI) has often linked insecurity in Mozambique and in other countries also experiencing a refugee crisis to mineral wealth and the interests of multinational corporations in the country’s vast natural resources. “The Mozambican government says that the first oil and gas exploration wells in the Angoche basin, in Nampula province, will be carried out in 2022,” DHPI officials announced in their Tuesday, August 24 report shared with ACI Africa.

In the report, DHPI officials make reference to the March 24 militant attack in Cabo Delgado, northern Mozambique in Palma, a town in proximity with a major gas project under the auspices of the French energy enterprise, Total. They describe Nampula where hundreds of thousands of people who have been displaced in Cabo Delgado are currently seeking refuge as “the next Palma.”

In Cabo Delgado, where alleged militants continue to wreak havoc on civilians, DHPI officials note that Christian and Muslim communities have been living in harmony for centuries “until one of the world’s largest deposits of liquid natural gas was discovered there.”

According to officials of the peace entity of the Southern African Catholic Bishops’ Conference (SACBC), local communities in the north of Cabo Delgado have also said that the agenda is to depopulate the northern coastal areas, to give prospectors and multinationals a free hand. The DHPI officials narrate that in October 2014, the Mozambican government launched the 5th tender for prospecting for hydrocarbons, with a view to developing research work in fields located in the maritime areas of the Rovuma Basin, in the Zambezi River Delta and in the Angoche Basin, as well as in the part land from the areas of Palmeiras and around Pande-Temane. DHPI says that non-governmental organizations in the area are suspicious of the project especially because “there is little transparency in the activities of extraction companies.”

The Catholic peace entity has spoken to sources who express fears that the conflict that affects the province of Cabo Delgado will reach Angoche, due to its resources, and due to its poverty and unemployment. The organization notes that the coastal regions of Mozambique, such as Pemba, Ilha de Moçambique, Nacala and Nacala-a-velha, have been the target of recruitment for extremist groups. Sources who spoke to DHPI have said, “We don't want Angoche to be a new stage for insurgents in Mozambique.”
[Agnes Aineah – ACI Africa]