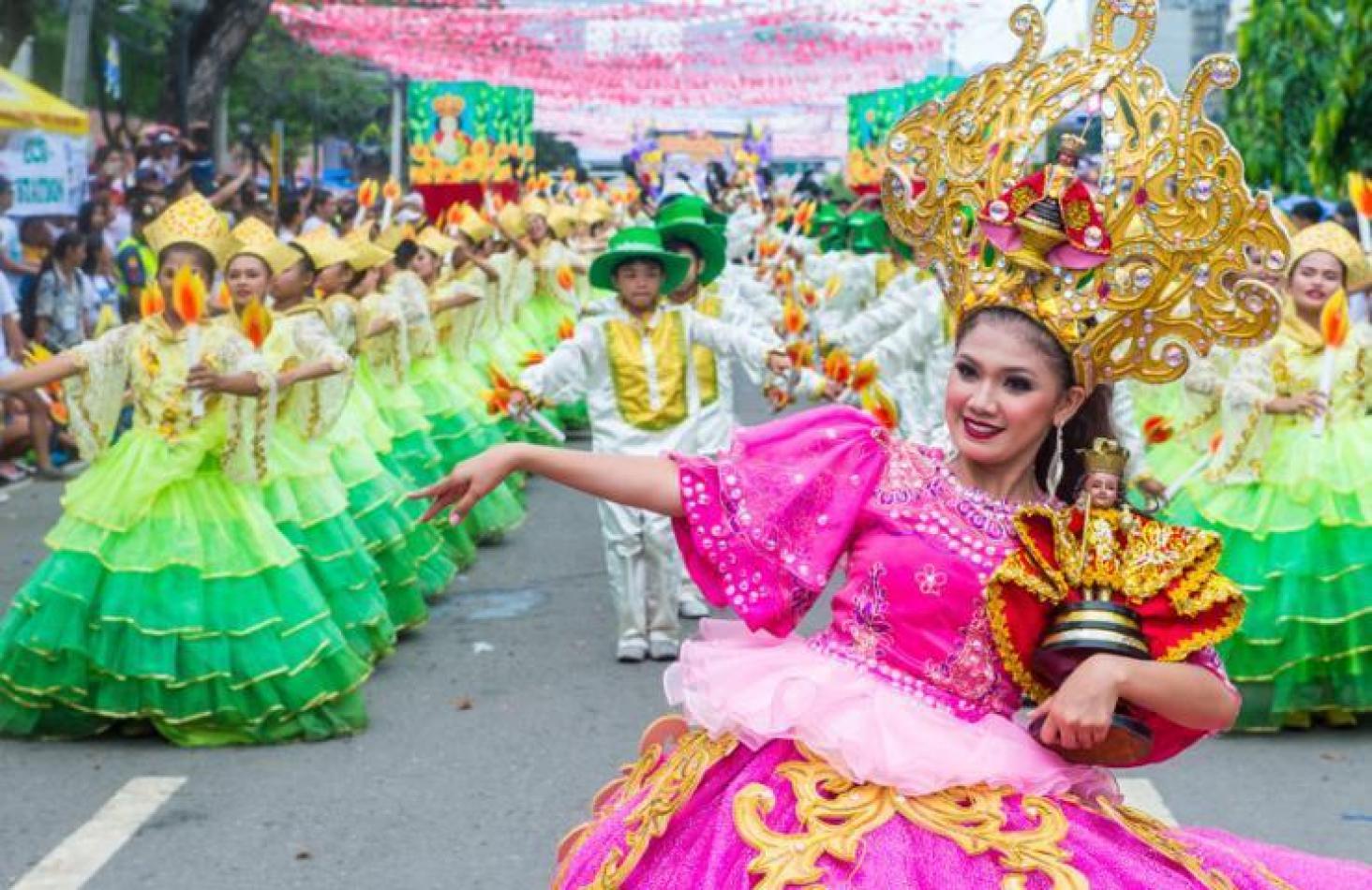 Monday, November 29, 2021
The life of the Filipino villages and parishes is built around the “Fiesta”, a yearly celebration of the Patron Saint which includes the preparations, the solemn Mass, the procession with the images of the Saint, the cooking, and the hospitality. Every town in the Philippines, no matter how big or small, holds a fiesta.
[Comboni Missionaries]

Traditionally, the fiesta is a time of joyful celebration for Filipinos, who cook heaps of hearty food, throw open their doors to visitors, and parade in the streets. Some Filipino fiestas have evolved into elaborate, multi-day festivals, while others have kept their community roots. Majayjay is a municipality in the province of Laguna. It is located at the foot of Mount Banahaw and stands one thousand feet above sea level, one hundred and twenty kilometres south of Manila. The Spanish colonial government made it a town in 1578.

Its location at the foot of the mountain gives it an abundant supply of fresh mountain spring water. Four rivers flow through the town. In José Protasio Rizal’s El Filibusterismo, he spoke of an old Spanish bridge made of stone in the year 1851. Puente de Capricio was initiated by the Spanish Franciscan friar Victoriano del Moral, who was cruel and autocratic. Anyone who did not labour in the construction would be later punished by a whipping in the buttocks.

The bridge is still standing firm today, crossing the Olla River. It is called Tulay ng Pige (Bridge of Buttocks). The bridge now symbolizes the defiance of Filipino workers against the oppressive Spanish colonialists. At the same time, it is the pride of the inhabitants of Majayjay. The town is home to one of the oldest and most beautiful Roman Catholic churches in the Philippines, the Saint Gregory the Great Parish Church. It was built in 1575 but destroyed several times by fire. Its restoration dates to 1730. Despite the repeated incidents of fire, the image of their Patron Saint, San Gregorio Magno, remained miraculously unscathed.

The SaGreMa Festival (San Gregorio Magno Majayjay) marks the parochial Fiesta celebrated on September 3 and March 12, the dates when Saint Gregory became a pope and the day he died respectively. At this time of the year, the thirty thousand inhabitants come together for a grand celebration. The extensive ceremonies are planned by a committee that is usually led by the Hermana Mayor (the big sister). The local bishop is usually invited as the main celebrant of the solemn Mass. A colourful procession follows during which all the statues of Saints are taken around the town in their floats, with the joyful sound of the local brass band.

The fiesta is a time during which the villagers take pride in their patron Saint, in the beauty of their place of worship, and their place in general. Overseas Filipino Workers often make a point in being present back to their town for the fiesta. It is when food is abundant, the hospitality is warm, and the sense of belonging grows strong. The cohesion and normality of the village life and festivities are today taken for granted, but serious historians see in them the success of the evangelizing activity of the Spanish friars who are responsible for the organization of the village life around the parish church and the plaza.

William Cameron Forbes, a Protestant Governor-General of the Philippines (1909-1913), cannot hide his admiration at the endurance of the Spaniard’s evangelizing mission when he said, “Whatever their method may have been, no fair-minded person could underrate their achievements in dealing with the disunited, warring factions and tribes which they found inhabiting the Philippines Islands in 1565 and in giving them a unity of thoughts which comes from a common religion to which they are devoted and to the maintenance of which they have erected their most impressive and monumental buildings, where worship is conducted according to the ritual of the Roman Catholic Church.”

The feasts of the Patron Saints have developed, in some places, into festivals like the Sinulog of Cebu and the Ati-Atihan of Kalibo in Aklan. The province of Quezon in Luzon Island has one of the most interesting fiestas in the Philippines. On May 15, Lucban and the towns nearby decorate their homes with fruits and vegetables in honour of San Isidro Labrador, the patron saint of farmers.

A walk through the town reveals houses covered in all types of fresh produce. The festival is a way of giving thanks for a bountiful harvest, and the best-decorated house wins a prize. Toward the end of the festival, visitors are allowed to bring a basket and pick the fruits and veggies from the houses for free.

The success of the religious festivals has inspired the other great cultural manifestations linked with nature like the annual “Flower Festival or Panagbenga” of Baguio and the kind of carnival with masks “Masskara” of Bacolod.