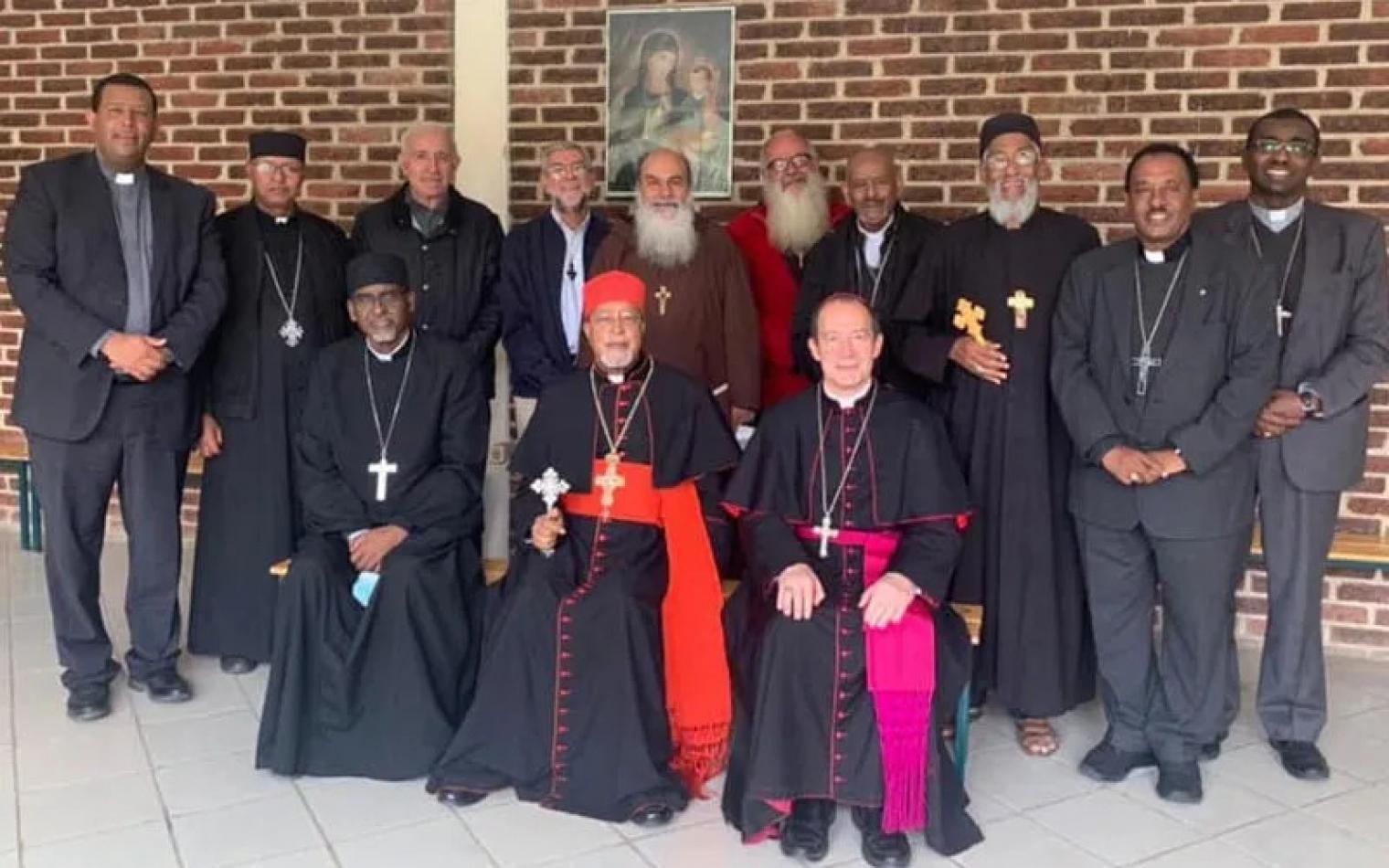 The collections, CBCE members say about the initiative spearheaded by the Inter Religious Council of Ethiopia (IRCE), are to be channeled to the Internally Displaced Persons (IDPs). “We request that all Dioceses and parishes know that a prayer week is officially declared from September 6 to 10, 2021 and especially on September 6 all offices will be closed and all faithful will pray at their respective parishes pleading to God for his fatherly providence,” the Catholic Bishops say in the statement signed by CBCE President, Berhaneyesus Cardinal Souraphiel. They add, “All kind and money collections on the prayer day will be sent to the Internally Displaced People from various parts of our country.”

The Catholic Bishops appeal to the members of the Clergy in Ethiopia “to motivate the faithful to generate support for our sisters and brothers living in shelters.” They also call upon the Clergy to ensure all COVID-19 preventive measures are observed during the September 6 Eucharistic celebration. The Horn of Africa nation has been experiencing instability caused by violent clashes since November last year.

Violence erupted in the Tigray region on November 4 when forces from the Tigray People Liberation Front (TPLF) allegedly launched an attack on Ethiopia’s Federal Government Army base. Since then, thousands have been reported dead and more than five million people in need of urgent humanitarian aid as a result of the violence that has spread to the neighboring Afar, a regional state in Northeastern Ethiopia that is inhabited by the Afar people.

Separately, ethnic violence broke out in the country’s Oromia region when members of the gunmen affiliated to the Oromo Liberation Army (OLA), a rebel group, arrived on August 18 after security forces withdrew from Gida-Kirimu in the western region. According to the Ethiopian Human Rights Commission (EHRC), the rebels have killed more than 210 people, Al Jazeera has reported.

In July, Catholic Bishops in Ethiopia expressed their “anguish and pain” over the ongoing violence. “As Pastors, we cannot but feel the anguish and pain that the people are going through,” the Catholic Bishops said in their July 21 statement. Meanwhile, delegates from the Association of Member Episcopal Conferences in Eastern Africa (AMECEA) paid a solidarity visit to the President of CBCE.

In a report shared with ACI Africa August 27, the AMECEA delegation “delivered a solidarity message” to Cardinal Souraphiel on August 20. The ongoing violent conflict, the AMECEA delegation said, has created a situation of instability, which has “a clear effect” on all AMECEA member nations. “The situation affects the region not only because the Ethiopian Catholic Church is a member of the conference but because of the geopolitical, economic, social and religious interdependencies,” AMECEA officials reportedly said during their August 20 visit. The delegates assured the CBCE President “that they will be united in prayers and in all possible ways to be with the Church of Ethiopia and its people.”

The delegates also assured the leadership of the Catholic Church in Ethiopia that “the association member countries are always with the Ethiopian people in prayers and also are willing to take active part in peace building, reconciliations, and psychosocial healing processes.”
[Magdalene Kahiu – ACI Africa]