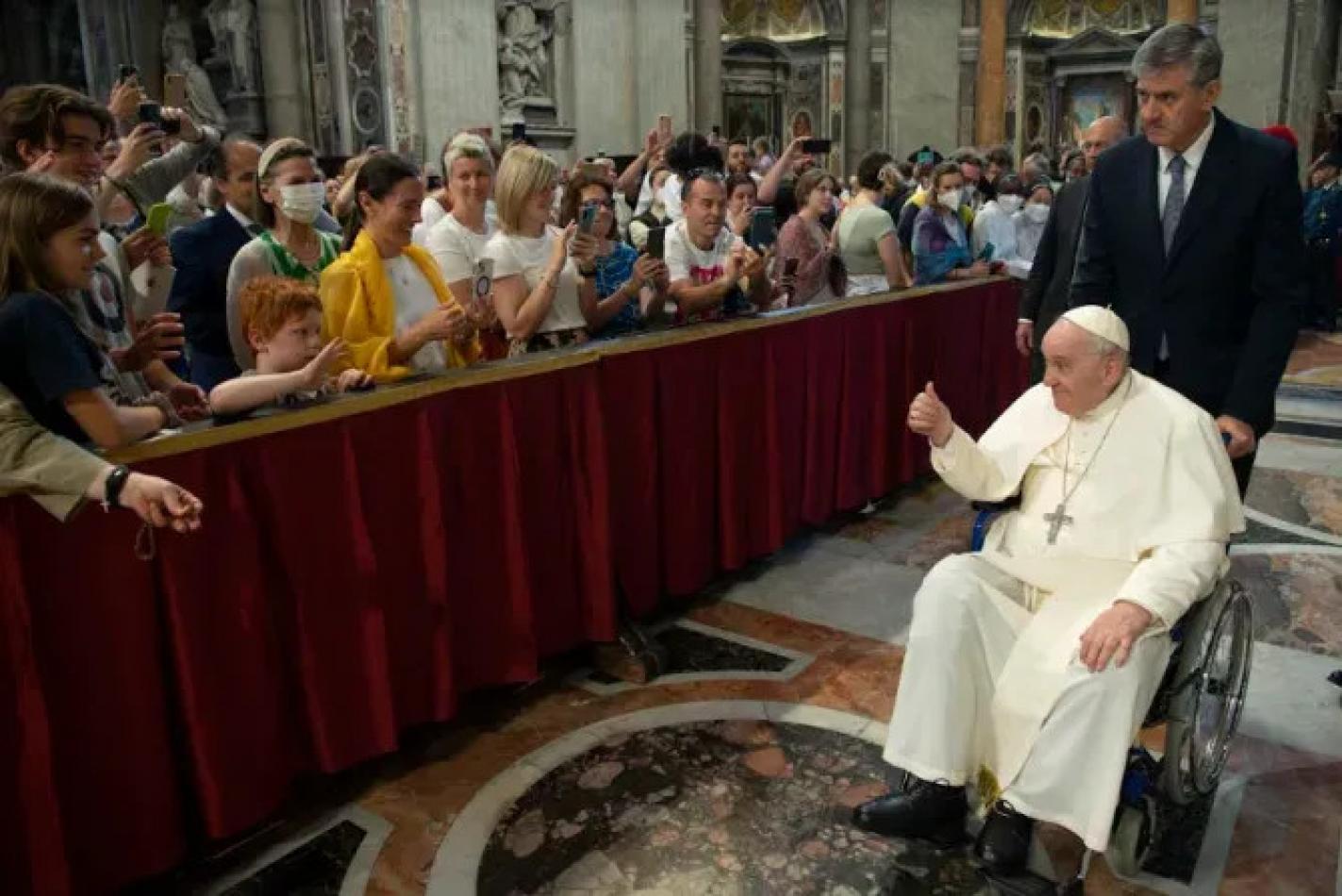 Sunday, June 12, 2022
The Apostolic trip to the Democratic Republic of Congo (DRC) and the ecumenical visit to South Sudan that Pope Francis had scheduled in July has been postponed, the Vatican has announced in a statement. [Pope Francis is pictured in St. Peter’s Basilica on Pentecost Sunday, 5 June 2022. (Credit Photo Vatican Media)]

In the Friday, June 10 statement, the Holy See Press Office Director, Matteo Bruni, says that the postponement has been “at the request of his doctors” and that the trip will take place at a date that is yet to be determined. “At the request of his doctors, and in order not to jeopardize the results of the therapy that he is undergoing for his knee, the Holy Father has been forced to postpone, with regret, his Apostolic Journey to the Democratic Republic of Congo and to South Sudan,” the Vatican spokesman says.

The two-African-nation pastoral trip that had been scheduled to begin in the capital city of DRC, Kinshasa on July 2, and conclude on July 7 in South Sudan’s capital city, Juba, will be moved “to a later date to be determined,” Mr. Bruni adds. Officials of the Holy See had unveiled the itinerary of Pope Francis’ third trip to Africa last month.

In the program that was published May 28, Vatican officials described the second leg of Pope Francis’ 37th Apostolic Visit abroad as an “Ecumenical Peace Pilgrimage to the South Sudanese Land and People”. The 85-year-old Pontiff was scheduled to undertake the pastoral visit to South Sudan alongside the Archbishop of Canterbury, Justin Welby, and the Moderator of the Church of Scotland, Jim Wallace.

Reacting to the news of the postponement of the visit to South Sudan, Bishop Christian Carlassare of Rumbek Diocese expressed his “concern for the health of the Pope and concern for South Sudan and the transitional process towards unity and peace”. In an interview with ACI Africa June 10, Bishop Carlassare encouraged the people of God in South Sudan to foster hope about the postponed Papal visit. He said, “Do not get discouraged. We know that we are in the heart of the Pope and the Church. When possible, the Pope will certainly come.”