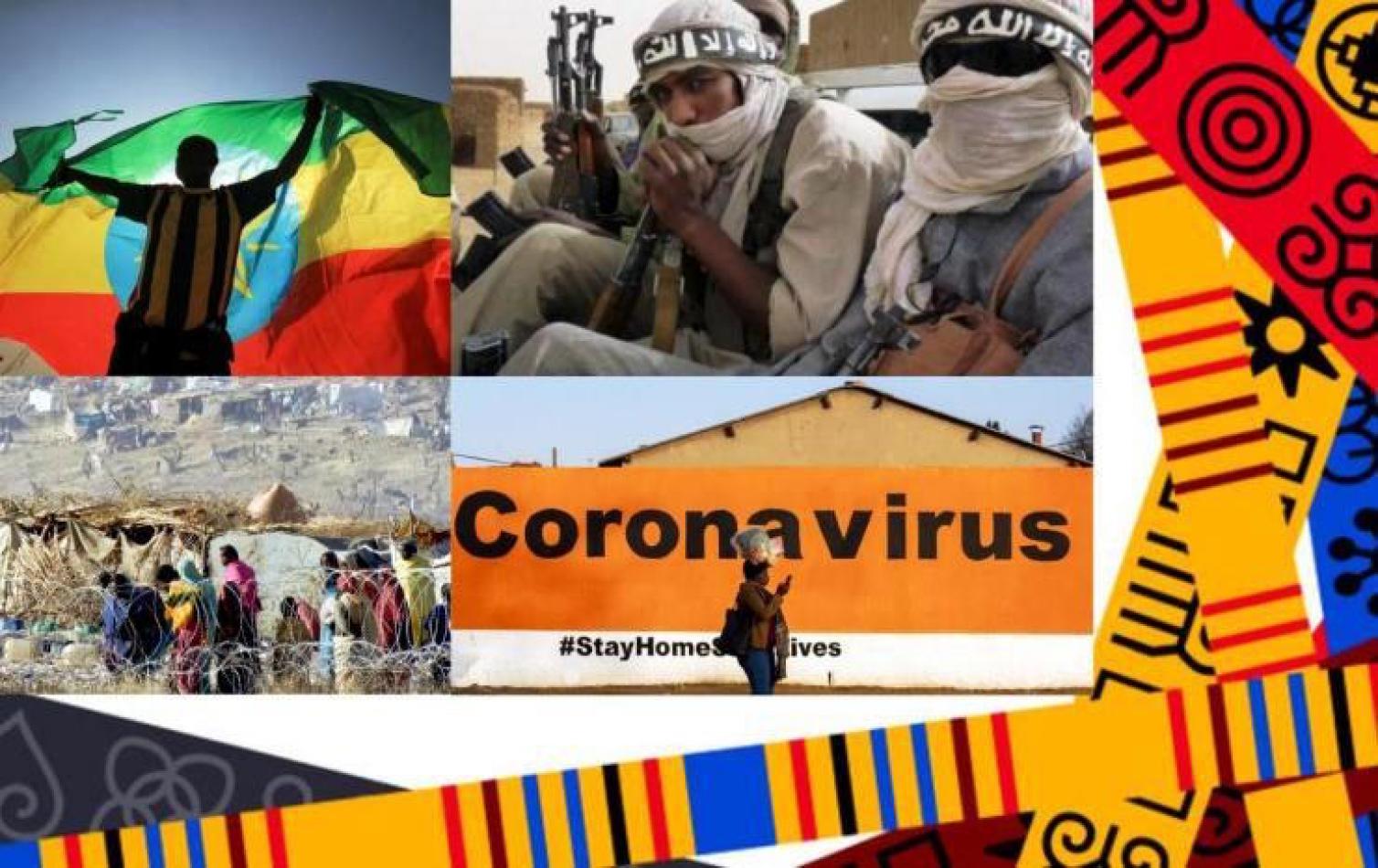 Sunday, January 23, 2022
This year there will be different hotspots in Africa. But two of them will have a deep impact on the security of their regions, due to the dimensions of the concerned states and the complexity of the threats. If Nigeria has long been considered a hotspot, the situation in Ethiopia worsened rapidly in the last two years. [Comboni Missionaries]

The Ethiopian civil war broke out in November 2020 when militias belonging to the Tigray People’s Liberation Front (TPLF) preventively attacked Ethiopian security forces that were gearing up to intervene in the Tigray region. The TPLF, led by Debretsion Gebremichael, basically ruled Ethiopia’s politics and economy until 2018, when Abiy Ahmed (a member of Oromo, the main ethnic group) became Prime Minister. Ahmed gradually but resolutely is dismantling the Tigrayan monopoly over the governance of the country.

TPLF militias took the control of most of Tigray in June 2021 and sneaked into Afar and Amhara regions. They also coordinated with another militia (the Oromo Liberation Army), occupied some major urban centres, and arrived relatively close to Addis Ababa. Due to the conflict, a humanitarian crisis is ongoing in Tigray.

In August 2021, according to UN data, 400,000 people were at risk of starving and 2,000,000 had been displaced. The blockade imposed by Ethiopian authorities to Tigray is having a deep impact on Tigrayans, creating problems to the provision of fuel and power, and preventing farmers to work freely. According to UN, both enemies are responsible for the sufferance of the local population since they stop the intervention of aid organizations. Social media became echo chambers for the propaganda of both sides and to spread hatred and racism.

On 17 December 2021, the UN Human Rights Council created a commission to investigate the abuses committed by the two belligerents. The crisis is spilling over not only in Ethiopia but also in the Horn of Africa. Militias and refugees flow to neighbouring countries such as Somalia and Sudan (both already in trouble), or Kenya and Djibouti. Road and rail links to other parts of Ethiopia and Djibouti have been blocked by protesters. The conflict is also having heavy consequences on the economy. In July 2021 Addis Ababa declared that the cost of damages inflicted on infrastructures reached 2.3 billion of USD.

The crisis has an impact also on the relationship between Addis Ababa and Asmara. Eritrea, which borders Ethiopia and fought a war with it, is now allied with the former enemy and is supporting Ethiopian security forces in their offensive against Tigray militias. According to some observers, Eritrean troops are committing widespread abuses against the local population.

The international community is putting pressure on the two fronts to stop the fighting and reach an agreement. But at this moment there are few signs of hope, due to the determination of both Addis Ababa and TPLF. According to Murithi Mutiga, project director for the Horn of Africa at International Crisis Group (a think tank), “This is a war about blood and soil, about power and survival, about ethnic nationalism. And, normally, these wars are very difficult to end.

Another thorny issue for Ethiopia concerns the Great Ethiopian Renaissance Dam (GERD). In this dispute, Addis Ababa must confront both Egypt and Sudan who feel threatened by the dam that Ethiopia built on the Nile River.

Ethiopia built the GERD to become an energy-exporting country. Egypt sees the dam as a potential threat to its survival since in theory it could be used to reduce its water reserves. According to some estimates, 80% of Egyptians depend on Nile River for the provision of water. In reality, GERD will have an impact only on the Blue Nile, which merges with White Nile near Khartoum.

In July 2021 Ethiopia completed the second filling of the dam and stated that the plant is now ready to produce power in any moment. The UN is pushing the three states to reach an agreement, but Ethiopia is refusing. Due to the sensitivity of the matter, an Egyptian military intervention cannot be ruled out, even if at the moment it seems not feasible.

Nigeria will also remain a hotspot in 2022 due to its growing security issues.  In the northeast of the country Jihadist groups linked (even if to a different degree) to the Islamic State such as the Islamic State West Africa Province (ISWAP) and Boko Haram, continue to attack both the institutions and the population and covertly enter Cameroon and other countries of the Lake Chad region.

But, since May 2021 (when the leader of Boko Haram died in a clash with the rivals of ISWAP) the militant groups are going through a phase of reorganization that will likely continue in 2022. Different scenarios are possible: the extremist groups could merge peacefully; one of them could defeat the other; the security forces could take advantage of the divisions to neutralize or at least marginalize the Jihadists. In any case, there is a window of opportunity for the Nigerian government to manage a major threat.

If there are some positive signs in north-eastern states, in the centre and in the south of the country (but also in the northwest) violence and instability are increasing. And this trend will continue in 2022. Ethnic tensions linked to the use of land and water sources, especially between Fulani nomadic herders and farmers, are more and more the cause of clashes between armed groups and violence against unarmed civilians. These groups are usually called “bandits” by the local press, but their scope and dimensions are different from those of “normal” criminal gangs. Even if they do steal cattle or ransack villages, they are not behaving like the usual suspects, since they attack military bases.

In southern regions, the secessionist movements inspired by the Biafra war (fought between 1967 and 1970) are increasing their activities. Among them, the Indigenous People of Biafra (IPOB) led by Nnamdi Kanu occupies the centre stage. IPOB is organizing protests and strikes against the federal government that is replying with the use of force. IPOB became a sort of transnational threat since 2021 when it reached an agreement with the Ambazonia Defence Forces (ADF), a separatist group active in the western regions of Cameroon where (together with other militias) it wages war against the Cameroonian government.

The leaders of the two groups, Kanu and Cho Ayaba, declared their intention to “work to secure their common border and ensure an open exchange of arms, intelligence and personnel.” In the Niger Delta, there are other militant groups with a different agenda that could join IPOB in its fight.

A smaller but far from negligible confrontation is ongoing between a Shiite movement, the Islamic Movement of Nigeria (IMN), and the government not only in the north of the country (where Muslims are the majority) but also in the capital Abuja. The rift is also between the Sunni majority of Nigerian Muslims and IMN.

The growing discontent among the population leads to bitter accusations against the government and to protests that can degenerate into clashes. The security forces can use maximum force (e.g. use live ammunition) to deal with these protests.

According to an old saying, “The bigger they are, the harder they fall”. The hypothetic fall of two giants like Nigeria and Ethiopia would produce big shockwaves in their respective regions.  Many analysts believe that Nigeria is already a failed state or is on the border of collapse due to multiple security problems and issues like widespread poverty, rampant corruption, growing organized crime, etc.

At this stage, these judgments are pessimistic since the state is still capable of providing some sort of internal order and security in Nigeria. And it will probably be able to do so also in 2022. But the threats described above are real and evolving and they could prevail if not properly managed. Emboldened by success in Nigeria, Jihadists and separatists could export violence in the surrounding countries.

As Murithi Mutiga noted, before the start of its internal conflict Ethiopia was an exporter of stability in the region, one of the biggest contributors to peacekeeping around the world and in Somalia. Its crisis deprived the Horn of Africa of a much-needed element of stability; its hypothetic collapse could spill over into violence in its already problematic neighbours.
[Comboni Missionaries]