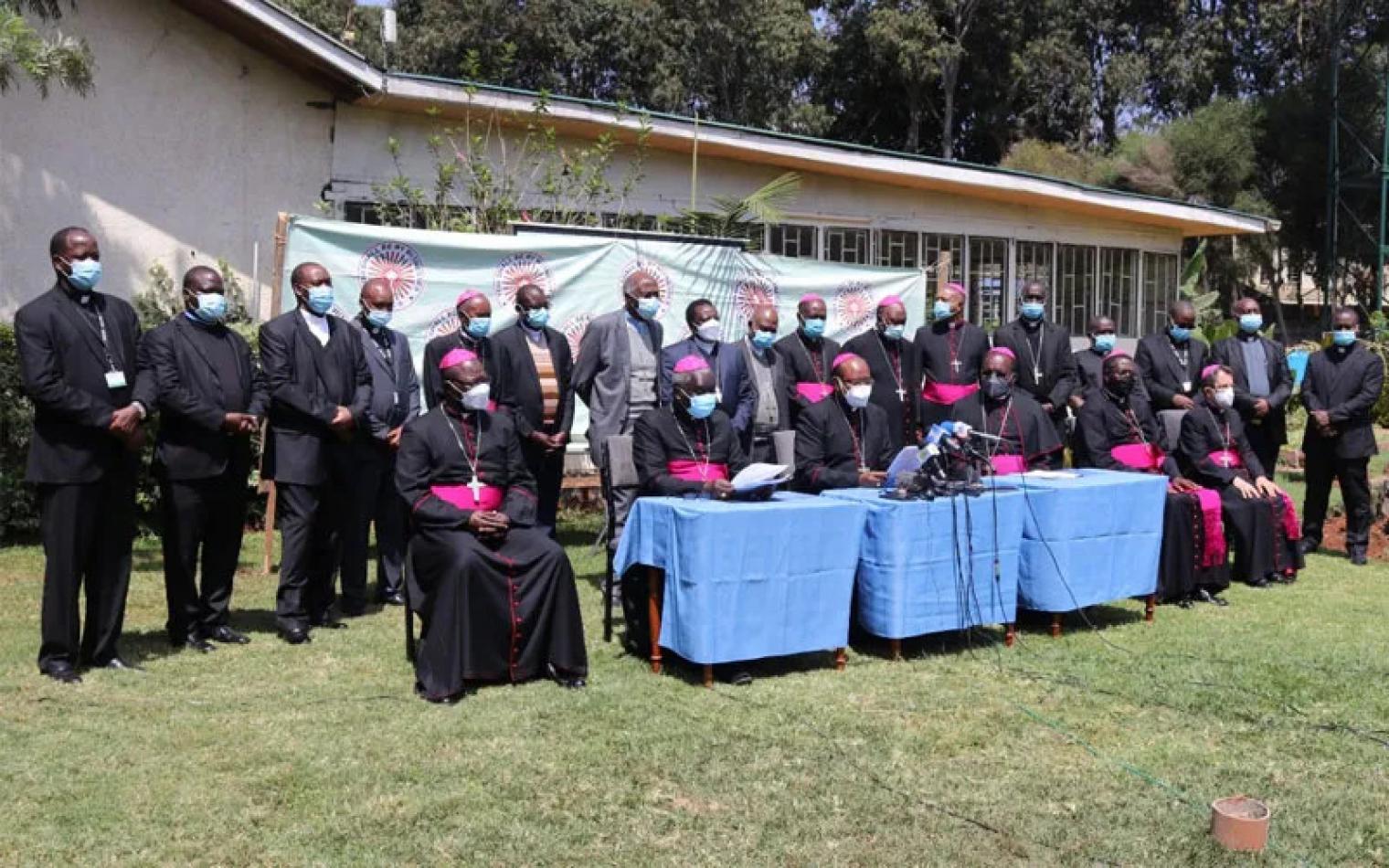 “We are deeply concerned about the spate of violence taking place in Laikipia, Marsabit and Kerio Valley – along the border between Baringo and Elgeyo Marakwet Counties,” KCCB members say in their statement shared with ACI Africa. They decry the impact of the recent events on human life saying, “This violence has led to needless loss of life, property and displacement of the people.”

“Having listened carefully to the statements issued by those in charge of security in our Country, there is every indication that this violence has been politically instigated and is a result of the heightening political tension in the Country,” Catholic Bishops in Kenya say in the statement that was read out to the press September 15 following their meeting in Nairobi.

It is not the first time that the affected areas are experiencing violent conflicts “in what seems to be a politically motivated agenda,” they reiterate in their nine-point nine-page statement. Kenya’s Laikipia West and North Constituencies in the Diocese of Nyahururu have been in the limelight following incessant attacks reportedly from bandits who have raided villages and made away with livestock.

At least eight people have been reported dead and 150 families displaced from their homes. Residents are seeking shelter at various places including St. Mark Catholic Parish, Ol-Moran. Last week, Bishop Joseph Ndembu Mbatia of Nyahururu's Diocese urged the government to establish a permanent military base in the region.

“The spate of anarchy in these areas must be stopped,” KCCB members say, and add, “No resources should be spared to restore calm in the disturbed areas.”

They also caution against hate speech saying it is capable of creating violence. "We wish to sound a loud warning against utterances and attitudes of possible drums of war all over the Country," Catholic Bishops in Kenya say, adding in reference to hate speech, left unchecked, "such utterances and attitudes may spark off election violence during the forthcoming electioneering period."

As a way forward, KCCB members call on security agencies and officials of the National Cohesion and Integration Commission (NCIC) and the Independent Electoral and Boundaries Commission (IEBC) to outline violence instigators and stop them ahead of the 8 August 2022 general elections. “Begin to map out hotspots and violence instigators and counter them peacefully in good time and within the confines of the law,” Catholic Bishops in Kenya say, and add, “Every effort must be made to stop the culture of political violence that has been entrenching itself every time we approach the general elections.”

They urge politicians to "exercise sobriety and tone down political rhetoric" and advise Kenyans to desist from following "political leaders blindly."

“We must not allow ourselves to be manipulated by leaders to engage in violence or perpetuate negative ethnicity because we all belong to this one great Country called Kenya,” KCCB members say in their September 15 collective statement.
[Magdalene Kahiu – ACI Africa]