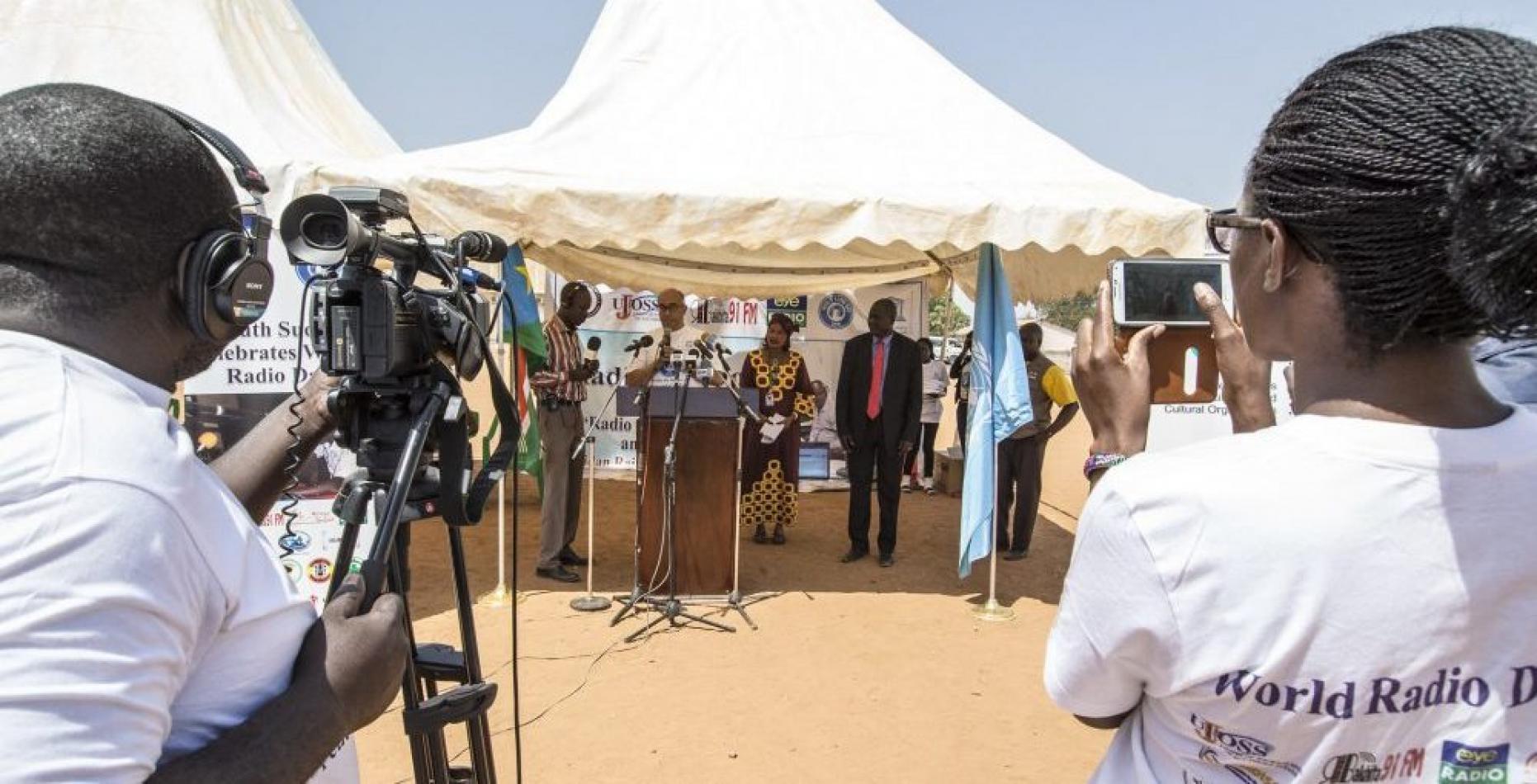 Wednesday, August 18, 2021
The Catholic Radio Network (CRN) of South Sudan and the Nuba mountains is the recipient of the 2021 Pax Christi International Peace Award. The network connects community-based radio stations to share trustworthy news and promote civic engagement. It also provides valuable public education about the Comprehensive Peace Agreement and democratic processes, which are critical for the world’s newest country. It has a reach of upward of 7 million people across the region. [Photo: Celebration of World Radio Day in South Sudan by the United Nations Mission in South Sudan. Via Flickr (CC BY-NC-ND 2.0)]

The Catholic Radio Network reaches out to the people of South Sudan with programming that promotes reconciliation and the healing of trauma. It provides an important platform for constructive dialogue, offers reliable information, and gives special attention to marginalised groups including women, children, and those who cannot read or write. Initiative for the network came from the Comboni religious family and was implemented through cooperation with all dioceses of South Sudan and one from its northern neighbour, Sudan.

In receiving news of the award, Mary Ajith, director of the CRN, said, “The award will encourage the staff to double their efforts in delivering more services to our people, we dedicate this award to the radio listeners, the well-wishers, donors, partners and all the supporters of CRN in South Sudan and globally.”

South Sudan is made up dozens of languages, tribes, and ethnicities. The radio stations that make up the network reflect this diversity by producing culturally sensitive programs in local languages. Each station also encourages local cultural expression through song and story.

Upon making their decision, the members of the Pax Christi International Board acknowledged the tremendous challenges facing South Sudan from war, extreme poverty, lack of healthcare, education, and government infrastructure. A coordinated, grassroots public radio system is a vital tool for nourishing hope and peace in South Sudan as it effects change in homes and communities throughout the country.

“We hope that the peace award will give well-earned recognition to the Catholic Radio Network,” noted Greet Vanaerschot, secretary general of PCI, “and promote international support for peaceful and democratic nation building.”

Established in 1988, the Pax Christi International Peace Award is funded by the Cardinal Bernardus Alfrink Peace Fund and honours contemporary individuals and organisations who make a stand for peace, justice and nonviolence in different parts of the world. An award ceremony will be coordinated later in 2021, taking pandemic and travel restrictions into consideration.
[Pax Christi International]