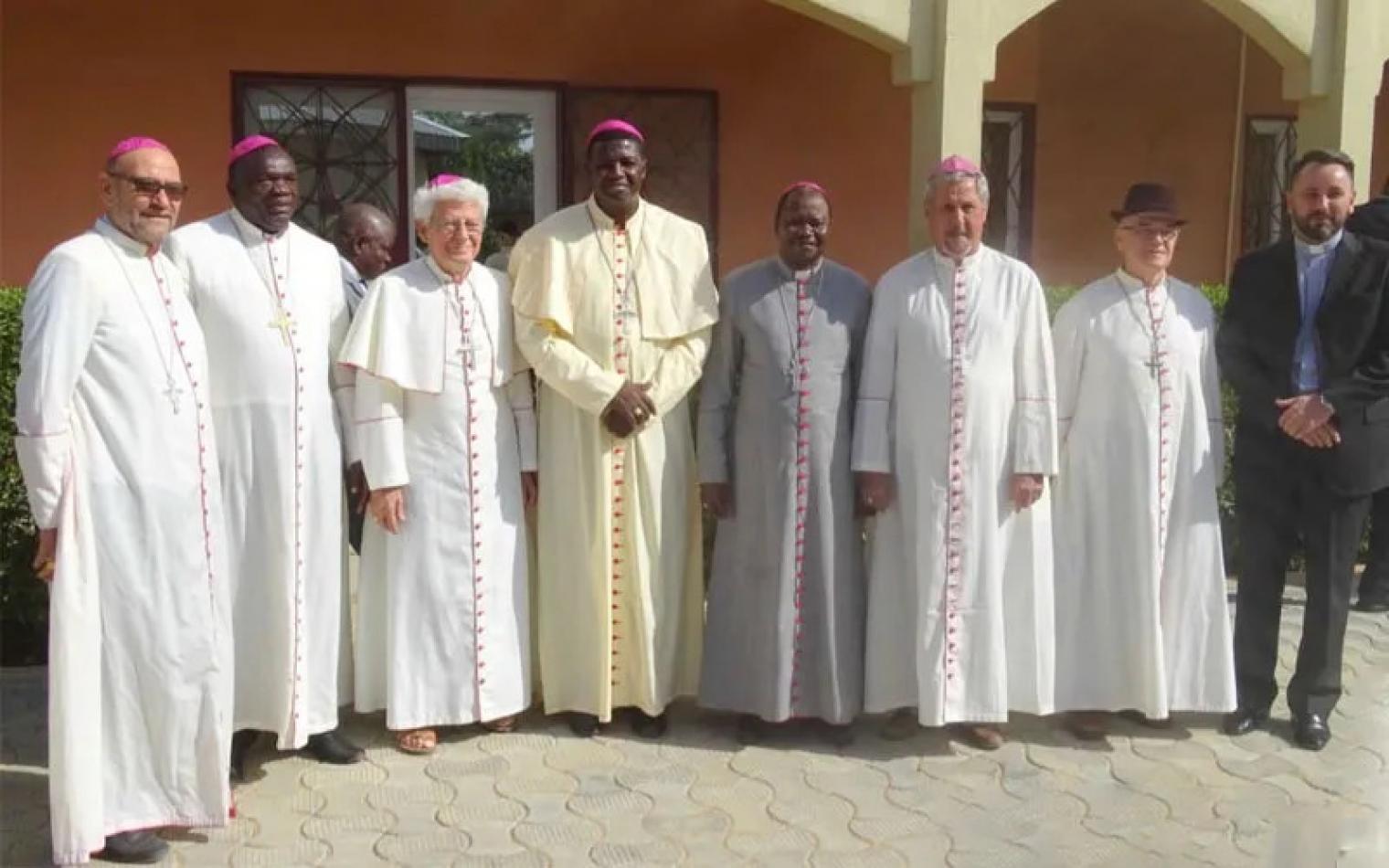 Saturday, July 10, 2021
Catholic Bishops in Chad are, in a collective statement, advocating for “inclusive national dialogue” that can bring together stakeholders in the country’s socio-political life. In their statement circulated Tuesday, July 6, members of the Episcopal Conference of Chad (CET) say the demise of the country’s President, Idriss Déby who died April 19 at the hands of military forces has exposed the crises in the North-Central African nation. [Credit: Courtesy Photo]

“The death of President Déby has made this crisis obvious, and this inclusive national dialogue and reconciliation is becoming an urgent necessity in order to enable all the children of Chad to come together and agree on a new social contract that should bind them for the next few decades,” the Catholic Bishops say. CET members add, “The inclusive national reconciliation dialogue, which is supposed to bring together all the actors in Chad's socio-political life and set up a national transitional council responsible for carrying out the necessary institutional reforms with a view to drawing up a more consensual draft constitution, is slow to take shape.”

“The lack of real and sincere dialogue between Chadian socio-political actors has long plagued national life and is at the heart of current debates,” the Catholic Bishops further say. They continue, “Indeed, the first dialogue forum that gave birth to the fourth republic in 2018 and the other forum in 2020, which is a re-creation of the previous one, have greatly influenced the social fabric and the way Chadians live together.” In their collective statement, the Catholic Church leaders seek to “draw the attention of the authorities in charge of the transition and ask them to learn all the lessons from the failures of the 2018 and 2020 forums.”

In April, President Déby who had been at the helm of the country since 1990 died after succumbing to injuries from a battle with the Front for Change and Concord in Chad (FACT), a dissident army rebel group in the Northern part of the country. Following his death, a transitional council of military officers led by Deby's son, Mahamat Idriss Déby Itno, as interim president, is overseeing Chad’s transition period for the next 18 months.

The council has published a charter that defines the role of members expected to be appointed to the national transitional council, a charter that has been rejected by opposition parties in the country. In their collective statement dated July 3, Catholic Bishops in Chad express “deep concern about the setting up of the committee in charge of appointing the members of the future National Transition Council (CNT).”

“This council does not seem to be representative of all the aspirations of the Chadian people and is already the target of much criticism in its unprecedented form,” the Catholic Church leaders say in their message signed by CET Chairman, Archbishop Edmond Djitangar Goetbé. They add, “The National Transitional Council can only be done after a sincere and inclusive national dialogue.”

“The Catholic Church expresses its astonishment that the setting up of this committee is inappropriate at this stage and only increases suspicions,” the Bishops say, and add, “The urgent need is to give the ministry in charge of dialogue and reconciliation a free hand and to give it all the means to organize this national, inclusive and reconciliatory dialogue with a view to setting up a consistent and consensual CNT.”

They appeal to Chad's partners to “be sensitive to the aspirations of the Chadian people for a qualitative change and for the CMT to keep its promises by bringing this transition to a successful conclusion for peace and stability in our country and in the sub-region.”

“Always concerned to see all Chadians live in peace and wellbeing, respectful of republican values, the Catholic Church expresses its availability to contribute in the different phases of this transition to serve the cause of unity, justice and peace,” Catholic Bishops in Chad say in their July 3 statement.
[Jude Atemanke – ACI Africa]