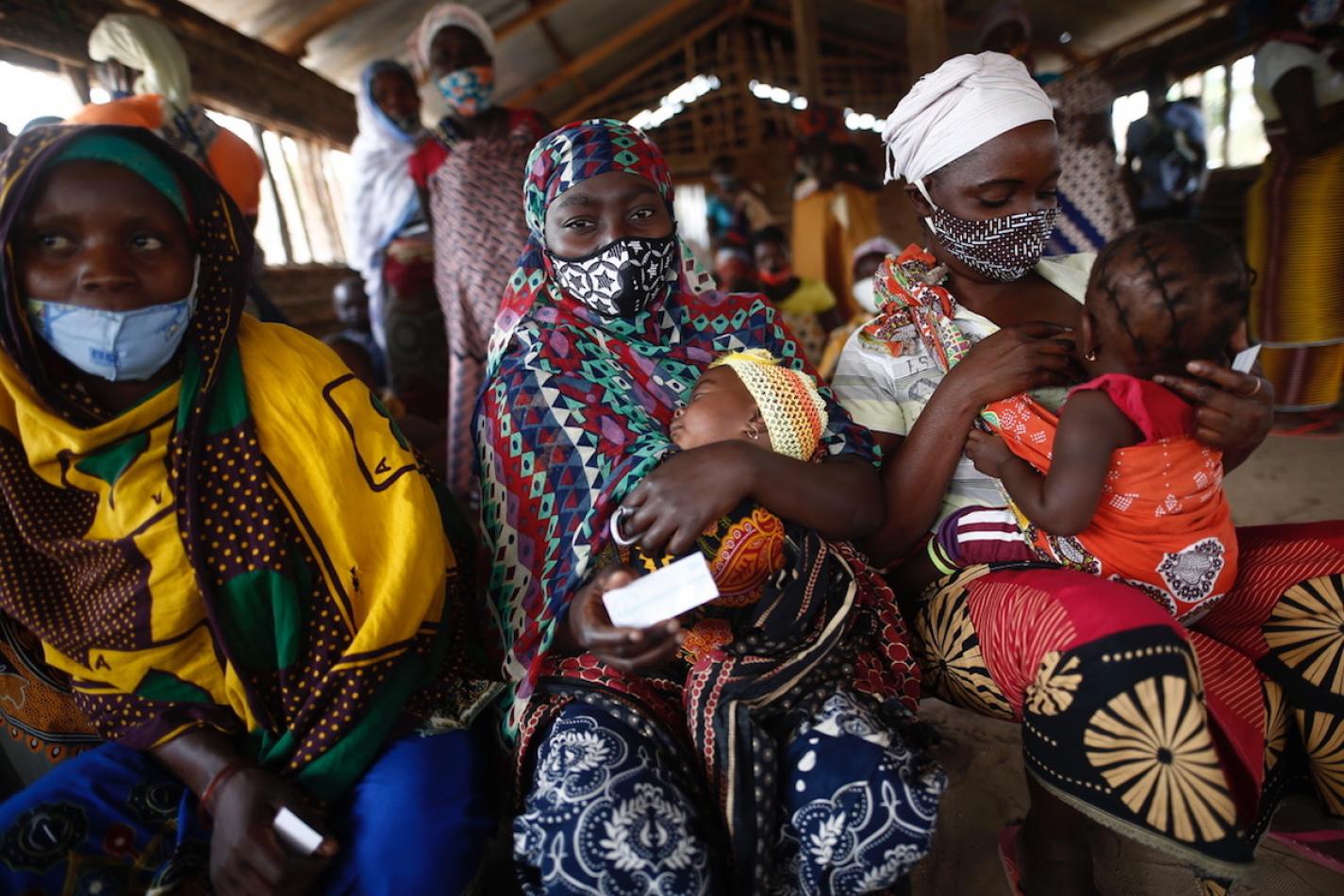 Thursday, July 1, 2021
About two months after the deadly
March attack in Palma town in Northern Mozambique, Paulo Agostinho Matica arrived in the Catholic Diocese of Pemba, South of the country, bearing a package that he considered “as a precious treasure” of the Church. The Catechist and Animator of St. Benedict Parish in Palma narrated to Catholic Pontifical Organization, Aid to the Church in Need (ACN) United States how he struggled to save important Church documents from the Parish, only surviving by a whisker when the town was attacked by militants, forcing civilians to flee. [Photo: Helpo. Text: ACI Africa]

The Pontifical charity reports on Tuesday, June 29 the jubilation in the Catholic Diocese of Pemba when the Apostolic Administrator, Bishop António Juliasse Ferreira, received the Parish registers containing records of all the marriages and baptisms, which Catechist Agostinho had salvaged from St. Benedict Parish. Bishop Juliasse praised the Catechist’s courage and determination, saying, “I had already heard of the dedication of this catechist of ours in the parish of Saint Benedict in Palma, but I’m filled with admiration for the fact that he also made the effort to save the parish registers.”

The Mozambican Bishop emphasized the courage Catechist Agostinho had shown in risking his own life to salvage these records “at such a difficult moment of attacks, shooting, killing and fleeing.” Catechist Agostinho tells ACN that on March 24, when the town was attacked by terrorists, he lay low in hiding, guarding the parish documents “as a precious treasure”. “On the day of the attacks I was working in the parish. I was inside, in the presbytery. It would have been around two in the afternoon when the insurgents of Al Shabaab arrived and began to attack the parish of Palma,” the Catechist narrates.

As soon as he heard the shooting start and the first bombs exploding, Catechist Agostinho says he rushed to save the registers, which contain records of all the marriages and baptisms of the Parish, “the historical memory of the Catholic community in Palma.” Catechist Agostinho tells the Catholic charity that for two days, with the city occupied by the terrorists, people fleeing and gunshots and explosions everywhere, he remained hidden inside the Parish house. He narrates that on the third day, he decided to risk it and made his way to the house of a friend. From there he travelled onto Quitunda, a small town on the outskirts of Palma, which has recently become the center of a major natural gas exploitation project.

From Quitunda, the Catechist made his way to Senga in Sofala, a province south of Cabo Delgado. All this way, he never left sight of the Church records and his goal was to hand them to the Local Ordinary of Pemba Diocese. ACN says, in reference to the March attack on Palma, “The whole region was like a war zone. The terrorists, who claim to belong to ISIS, were conducting one of the most brazen attacks to date in the province of Cabo Delgado. Stories were circulating of people in Palma murdered and beheaded and hundreds of people fleeing the city, and everything being in a state of chaos and panic.”

Catechist Agostinho says that when he arrived in Senga, he found a small Catholic community, with the people not knowing what to do or where to flee. He narrates how Catholics in the town gathered to pray on Palm Sunday. ACN reports that in the Cabo Delgado region, where there are few Priests, it is common for Catechists to lead the Liturgies of the Word. “That is how the Catholics of Senga celebrated Palm Sunday together,” the Pontifical organization says of the prayers that were led by Catechist Agostinho, before he went to a few more towns in search of safety, eventually going back to Palma.

He expresses his devastation of finding that the church in Palma had been ransacked. “The door had been smashed, the terrorists had set fire to many things, to the sacred images and statues, to some of the benches, the loudspeakers, even to some new windows that they were going to replace the old ones with,” the leadership of ACN says, and adds, “Everything had been destroyed. Inside the parish house, Agostinho had been safeguarding around 30,000 meticales (around $480) for the parish expenses. Everything had gone. They took the money, a plasma TV, and even the motorcycle.”

Two months and 11 days after the terrorist attack on Palma, Catechist Agostinho made the journey to Pemba to entrust the parish registers to his Bishop. In a ceremony which ACN reports about on June 29, Bishop Juliasse commended Catechist Agostinho’s witness of love for the Church saying, “In the midst of all suffering, we have this witness of love for the Church of God, a Church that Paulo loves and cares about.” The leadership of ACN notes that the registers for the community of St. Benedict in Palma saved by Catechist Agostinho “are more than simple books.”

“These handwritten pages contain the records of the entire Christian community, the names of those who married in this church and those who were baptized and confirmed there,” the organization says. ACN adds in reference to Catechist Agostinho’s brevity, “But for the courage of this one man, the Parish registers would have served only to feed the bonfires of hatred lit by the terrorists on the floor of the church. Instead, they are now part of the historical legacy of the Diocese.”
[Agnes Aineah – ACI Africa]