Home
Circoscrizioni
Asia
Reflection: With the Flute, on the back of the Buffalo

Reflection: With the Flute, on the back of the Buffalo 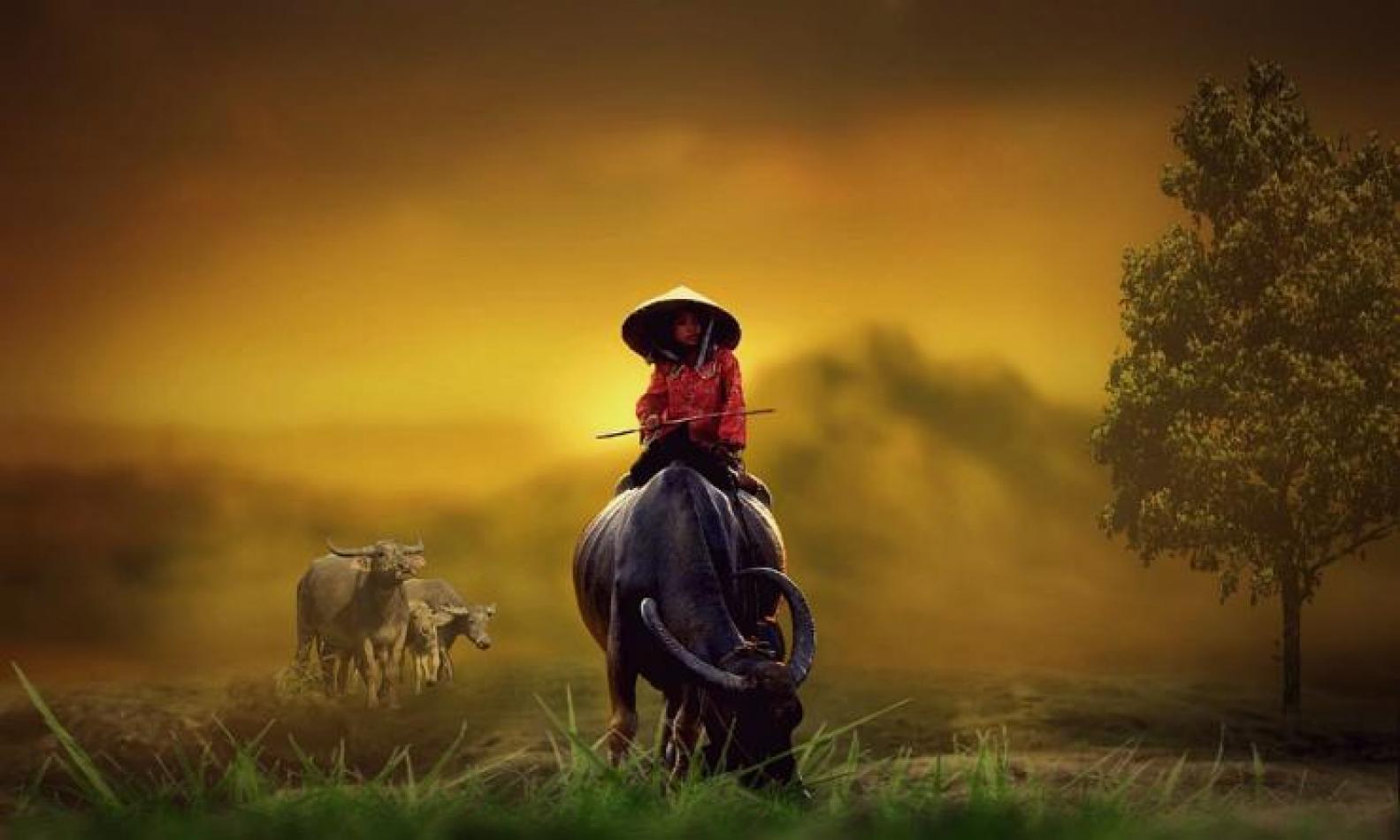 Friday, April 23, 2021
Eastern religious traditions, specifically Zen Buddhism, present the spiritual journey of the human person to reach spiritual enlightenment in ten images. An experience that teaches many things this season, which in many ways is transitional. [Photo: Maxpixel.com.
Text: Comboni Missionaries]

Attributed to the 12th-century Chinese Buddhist master, Kakuan Zenji, through this journey, the Buddhist master accompanies his disciple and evaluates his progress in the spiritual field, thus showing that the story and the narrative are important pieces in the spiritual itinerary of a person. In the first image, the human being, represented by a young peasant, goes in search of an animal. The human being does not yet know his true nature and searches without an order, without a pattern that can allow him to achieve his objective.

In the second image, the young man finds the tracks of a buffalo and discovers great help in spiritual traditions and in teachers who have already travelled the same path. It is the stage of spiritual practices and meditation. In the third image, the young peasant gets to see the buffalo, and this motivates him to continue on his way of searching.

In the fourth image, the young man catches the buffalo, but it is not yet tamed. There are struggles and the buffalo remains stubborn, obstinate and unbridled, symbolizing animal instincts. Little by little, the young peasant tames him, as seen in the fifth image, and the buffalo lets himself be led by the reins. That is to say, the control of our physical nature is achieved by knowing it, listening to it and dialoguing with it. In the sixth image, the peasant rides on the buffalo’s back, without even putting the reins on it since the animal knows where it is going without the need to be directed. The young peasant now plays the flute placidly sitting on the buffalo’s back. The fight is over, the disciple has achieved the state of enlightenment, even though there is still a long way to go.

In the seventh step, the disciple reaches the state of peace and happiness, he is in front of his house, and the buffalo is not in sight. The person has found his own self. In the eighth image, neither the buffalo nor the person is seen anymore. Only a circle is seen with nothing inside of it. In the ninth image, the Buddhist teacher takes us back to the origin. On the outside, everything seems to remain the same, but the person has been transformed. In the last image, the disciple returns to his community, showing Buddha’s compassion to humanity, which he will carry out through intense social work, putting himself at the service of others.

The faith of the believer is a faith that affects the life and transformation of the world. The visual and narrative medium, the story and the little accounts, enter the person’s mind very naturally. His invitation to take the spiritual journey is, at the same time, attractive and healing. Thus, we are witnessing the disciple’s conversion process, where religious language is expressed in experiential, visible and accessible terms and not so much dogmatic. The narrative, the parable and the oriental story captivate and inspire the person in the search of himself and others.

The presence and guidance of the Spirit in each person will complete that picture of “self” that is purified and that has inevitably a social projection towards the other.
[Comboni Missionaries]