Parish to Parish. Reaching Across the Border to Lend a Hand 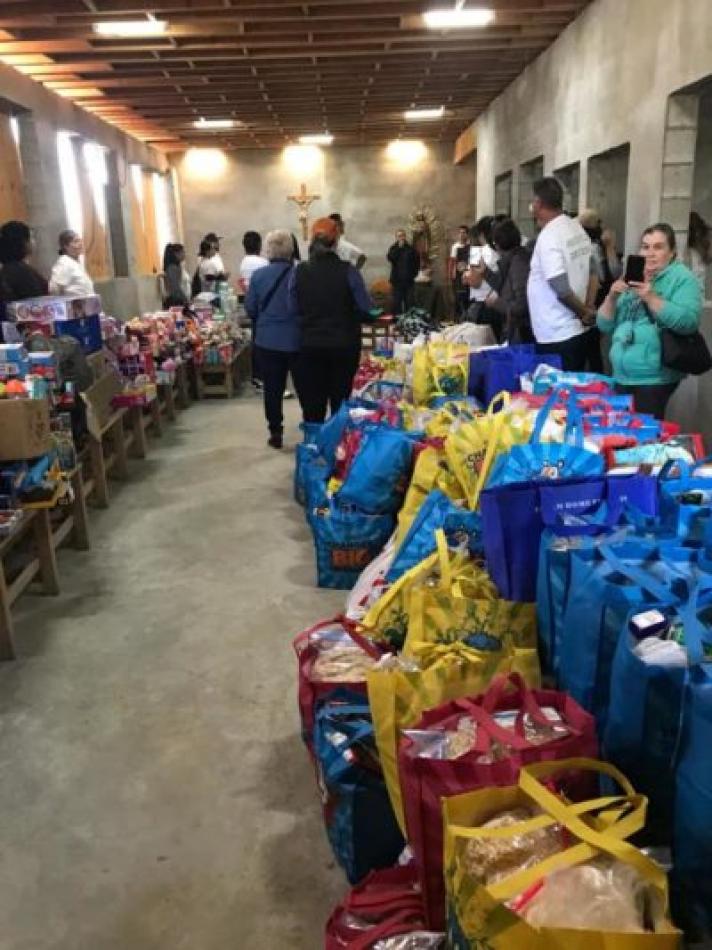 Reaching Across the Border
to Lend a Hand

A few blocks south of the Tijuana River, just across the US/Mexico border is a small, charming parish — Parroquia Inmaculada Concepción. This parish boasts a large, faithful community of Catholics led by Father Jesse Esqueda, OMI.

Father Jesse just happens to be the brother of Ana Maria Rodriguez — a longtime friend of the Comboni Missionaries in Covina, California. It is through this family connection that we became aware of the poverty and need within Tijuana. That’s how in late 2019 the Father Ambrosoli Project was born — a ministry from the Comboni Missionaries Covina Mission Center dedicated to supporting those in need at Parroquia Inmaculada Concepción.

Several times a year, donations are collected at the Covina Mission Center — toys, blankets, food, tarps, money, clothes — and then delivered to the parish. Back in January 2020 the ministry was able to collect enough donations to fill 10 vehicles. Comboni Lay Missionary Rossie Patlan was one of several volunteers who made the two hour journey to Tijuana to deliver the gifts.

“Thank you all for all your donations and generosity… Most importantly we were able to put a smile and great joy on the faces of over 200 families… May this beautiful movement continue throughout the year and for the rest of our lives!” Rossie said in a Facebook post on January 6. She described how families most wanted tarps and blankets. The tarps are often used for roofs, which is especially important in the cold winter months. The generosity from friends and volunteers of the Covina Mission Center has continued throughout and despite the pandemic. In September a group delivered another round of donations.

Comboni Missionary Father Jorge Ochoa is grateful for those involved with the Father Ambrosoli Project. He recently thanked the volunteers saying, “We as a community of the Comboni Missionaries want to express our gratitude to each of you for making these donations possible so we can help the poorest of the poor.”
By: Lindsay Braud