Home
Circoscrizioni
Mexico - (Noticias)
Mexico: The Marimba, the Sound of the Forest

Mexico: The Marimba, the Sound of the Forest 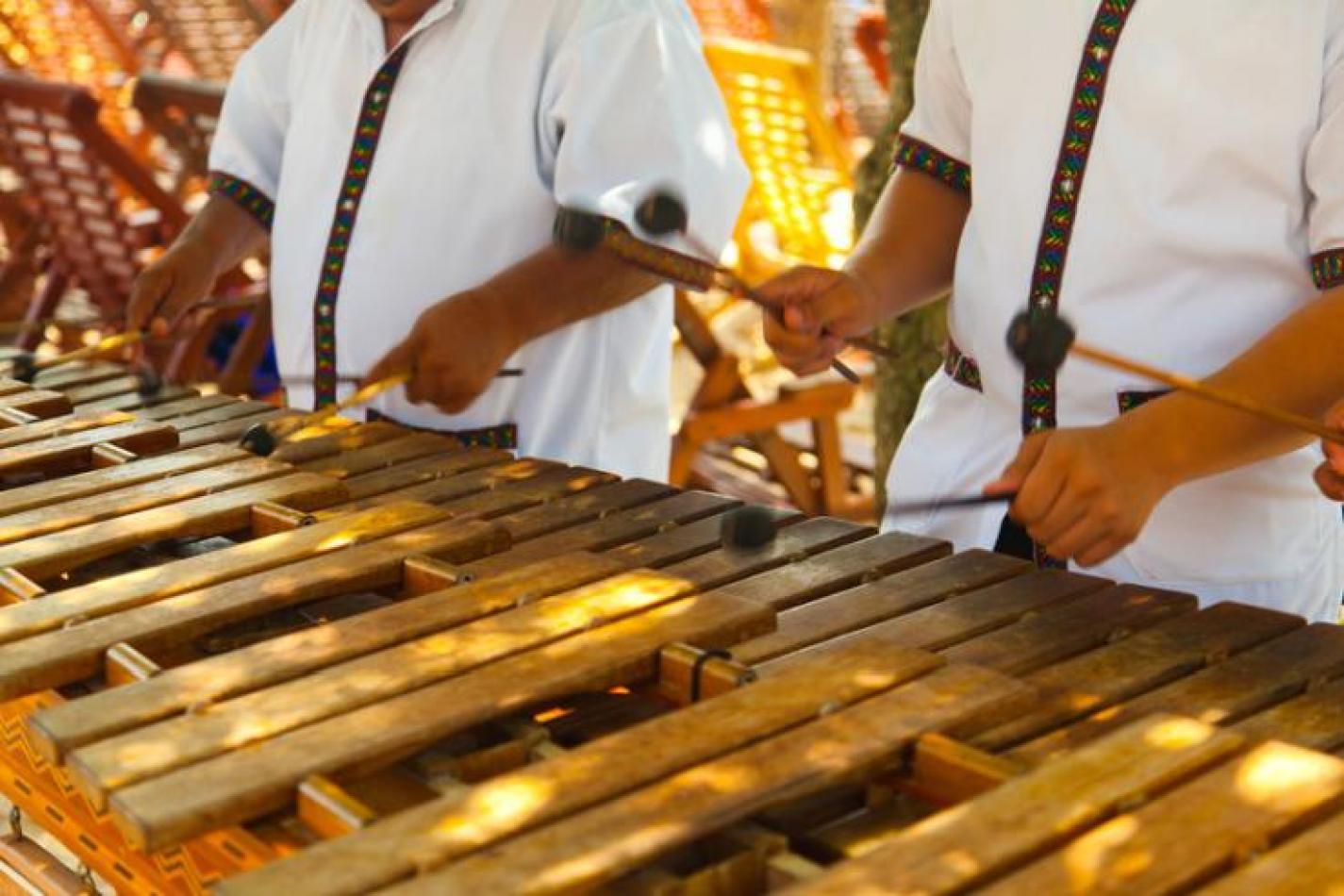 Friday, December 11, 2020
The story behind the marimba narrated by a Chiapaneco storyteller. We met him in the Coyoacan neighbourhood, in Mexico City.
[Comboni Missionaries]

It was a Saturday afternoon, and we were walking through the Santa Catarina square in Coyoacan, a neighbourhood south of Mexico City. The name Coyoacan comes from the Nahuatl language and means ‘the place of coyotes’. Its historic centre, its museums, independent theatres and bohemian bars make Coyoacan one of the most interesting and artistic neighbourhoods in the capital.

Suddenly our attention was drawn to a group of people sitting on the ground who were listening to a Chiapaneco storyteller, whom you can find there every weekend. We got curious and got close to the group to listen to the story the old man was narrating. He was wearing a typical dress known as parachico, consisting of a white shirt, black trousers, a red band around the waist and a dark scarf around the head.

His voice was calm, and he was staring off into the distance beyond the trees of the square. He was telling the story behind one of the most complex Mexican instruments in terms of sound and beauty: the marimba. Great Mexican composers such as Agustín Lara, Luis G. Urbina, Galileo Cruz Robles and Zeferino Nandayapa have composed wonderful melodies on this instrument.

According to that old storyteller: “In the deepest part of the Chiapas jungle, all the trees growing there spoke proudly of the benefits and products that they were able to give man . The Mamey and Chico Sapote trees boasted their delicious fruits, while for their part, the Mahogany and Ebony trees the beauty of their precious woods.

“The Ceiba tree, proud of its leafy foliage, reminded that it offered shelter  to man from the intense midday sun with its shade, and the Tepezcohuite tree boasted that its bark was used as a natural remedy for wound healing, especially for burn victims. All trees boasted their qualities ignoring the poor little Hormiguillo (Platymiscium dimorphandrum) which cried because of feeling useless.

“One day an indigenous man went into the jungle in search of a tree to cut down; he did not want to sacrifice those trees whose good properties he knew very well, so he decided he would cut down the useless Hormiguillo. But when he took his ax and struck the trunk, a beautiful sound came out from the tree. Once he cut it into small pieces, he took a piece of wood noting that the more he polished it, the more beautiful and pure was the sound the wood produced.

“He then decided to place eight wooden bars having graduated length on some logs and began to beat them obtaining a melody that caught the attention of the other trees, which also wanted to be part of the new invention, but only a few were used to make the instrument. The indigenous man made some drumsticks by using resin as rubber to make the heads and some wood to make the sticks.

“Then he made a frame where he placed the bars and everything was mounted on a wooden stand as if it were a table. From the cedar wood he made cylinders or pipes that were suspended underneath each bar to amplify its sound. He called these cylinders pumpos for their resemblance to the button flower pumpuchiti.

“At the far ends he put a highly stretched membrane made of pig bowels which when vibrating produced the typical sound of the ancient yolotli or ‘heart of heaven’. That is how the marimba was born, from the little Hormiguillo, which would never feel useless anymore because it knew it would be able to give music to man through one of the most typical Mexican instruments.”
[Patricia Veázquez Jiménez - Comboni Missionaries]