Home
Circoscrizioni
Kenya - (News)
Kenya: The Diocese of Ngong, Church of the People

Kenya: The Diocese of Ngong, Church of the People 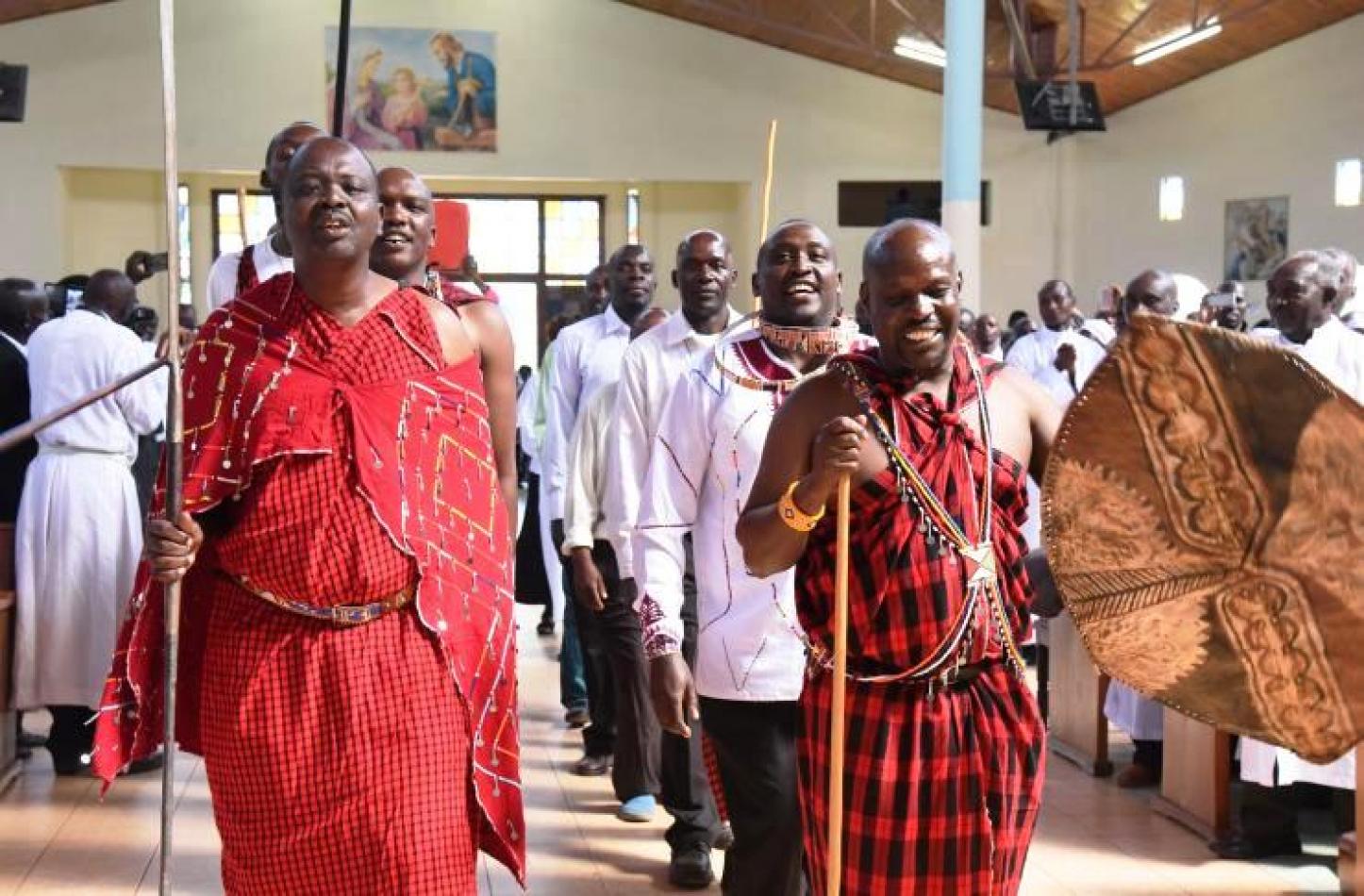 Friday, November 6, 2020
Small Christian communities. Inculturation. Lay movements and a growing number of development projects. These are signs of a Christian community that is growing. From a humble beginning, the church among the Maasai is taking its place in Kenya.

Among the first Europeans to reach the East African interior in mid-19th century there were Anglican missionaries. The most famous of them was Johan Ludvig Krapf, a German Lutheran who worked for the Anglican Church. Krapf was gifted in languages and studied various idioms in what today is Kenya. Among them, the Maasai language. His notes have been used by linguists for many decades.

The Maasai originally occupied the lush highlands in central north Kenya. They also used the lands to the South for pasture and adopted a transhumant style of life. With the arrival of the British colonizers, they were pushed to the plains of the southern territory of the colony. These are the plains of Kajiado, Narok and Trans-Mara, which they occupy even today. These ‘reserves’ were closed to visitors, and Catholic missionaries could have only temporary permits to live within these areas. Thus, evangelization of the Maasai was hampered by this limitation up to 1967, when the reserves were officially abolished.

Fr Cronin, a Mill Hill missionary amongst the first to be given permission to live among the Maasai, often recalled the first days of his missionary experience saying: “The Maasai were curious about our presence and asked why we were coming to live there. When we said that we were missionaries and wanted to talk about God, they simply welcomed us and were ready to listen.”

They already knew about Ngai (God) and that he was creator, and who blessed them with cows, pasture, and rain. They were, and still are, a deeply spiritual people. No activity could be undertaken before praying, staring with the morning prayer and blessing of the enkang, the typical house formed by several units and the kraal for the herds.

The missionaries who visited Maasai land belonged to the diocese of Kisumu, where most of the Mill Hill Missionaries were posted. It took a long time for these missionaries to organize the diocese that would serve the Maasai. Today, the counties of Kajiado, Narok and parts of Trans-Mara form the diocese of Ngong. The formation of the diocese in the late 50’s may be attributed to Fr Ferdinand Fent, who worked at Kaplong – a location just north of the Maasai reserve, near Sotik – and would occasionally visit Kilgoris, one of the few small towns of the area. He saw the need of penetrating the interior of Maasai land which had been kept out of reach of missionaries during the colonial times.

Fr Fent requested the Vatican to create an administrative unit that could care directly for the Maasai. In 1959, the Holy See accepted the request and appointed John De Reeper, then Bishop of Kisumu, to take care of the new Prefecture Apostolic of Ngong.

Bishop De Reeper appointed five Mill Hill missionary priests who came to oversee the area; among them was Fr Colin Davis. They worked in the area and later brought other missionaries like Fr Terry Bugatin and Fr Frans Mol who wrote many books about the Maasai and their culture.

In 1964, Fr Davis was appointed to take over from Bishop De Reeper as the Prefect Apostolic. Since there were no local vocations in Ngong, he encouraged young men from the neighbouring dioceses in Tanzania to join seminaries and become priests to serve the Prefecture of Ngong. In 1977 the Prefecture Apostolic of Ngong became the Diocese of Ngong and the following year Bishop Colin Davis ordained the first two priests for the new diocese.

The ordination of the two African priests later opened the door for many others including priests from the local Maasai community such as Fr John Ntiyesia. “I was ordained on August 19, 2000 and was among the last priests Bishop Davis ordained,” says Fr Ntiyesia, a Maasai who hails from Sultan Hamud Parish. Fr Ntiyesia who was brought up in a Protestant family and says that having Catholic vocations in Maasai land was something new in the community and a bit of a challenge.

A real engine of development for the diocese, Bishop Davis participated in the Vatican II council and later tried to apply the novelty of that council to his pastoral work in Ngong. He firmly believed in the Church of the people, and not in a hierarchical structure. During his tenure – about forty years – he supported the opening of 26 new parishes, the establishment of a pastoral work based on the jumuiya – the small Christian communities – and the tension to enculturate the Gospel. He founded the Maasai Cultural Centre in Lemek with the purpose of studying the language and culture of the people. All new missionaries were encouraged to learn the Maasai language.

New pastoral issues came with the urbanization of the area. When the first missionaries were allowed to enter Maasailand, not a single fence blocked the movements of people and wild animals in the region. Permanent houses were few, and scattered around. By the late 1990s, many small towns started to become large agglomerates.

Today, the area near Ngong – encompassing the towns of Ongata Ronagai, Kiserian and Ngong itself – has a population close to a million people. Kajiado and Narok also grew exponentially. The urbanization of the territory, and the arrival of many non-Maasai people, posed a new challenge.

To respond to the need of being close to the people, the number of parishes is grown to 40, with more in the pipeline. The diocese remains huge, and communication between one end to the other is not always smooth. This is why there is talk of splitting it into two dioceses, one in Kajiado county, with the seat in Ngong town; and the other in Narok county, based in Narok.

Today, the diocese is led by Bishop John Oballa Owaa, the first African Bishop of Ngong. The diocese has seen an influx of religious communities, lay movements and a growing number of development projects aimed at the disadvantaged. These are signs of a Christian community that is growing. From a humble beginning, the church among the Maasai is taking its rightful place in Kenya.