The Nubian people: between Egypt and Sudan 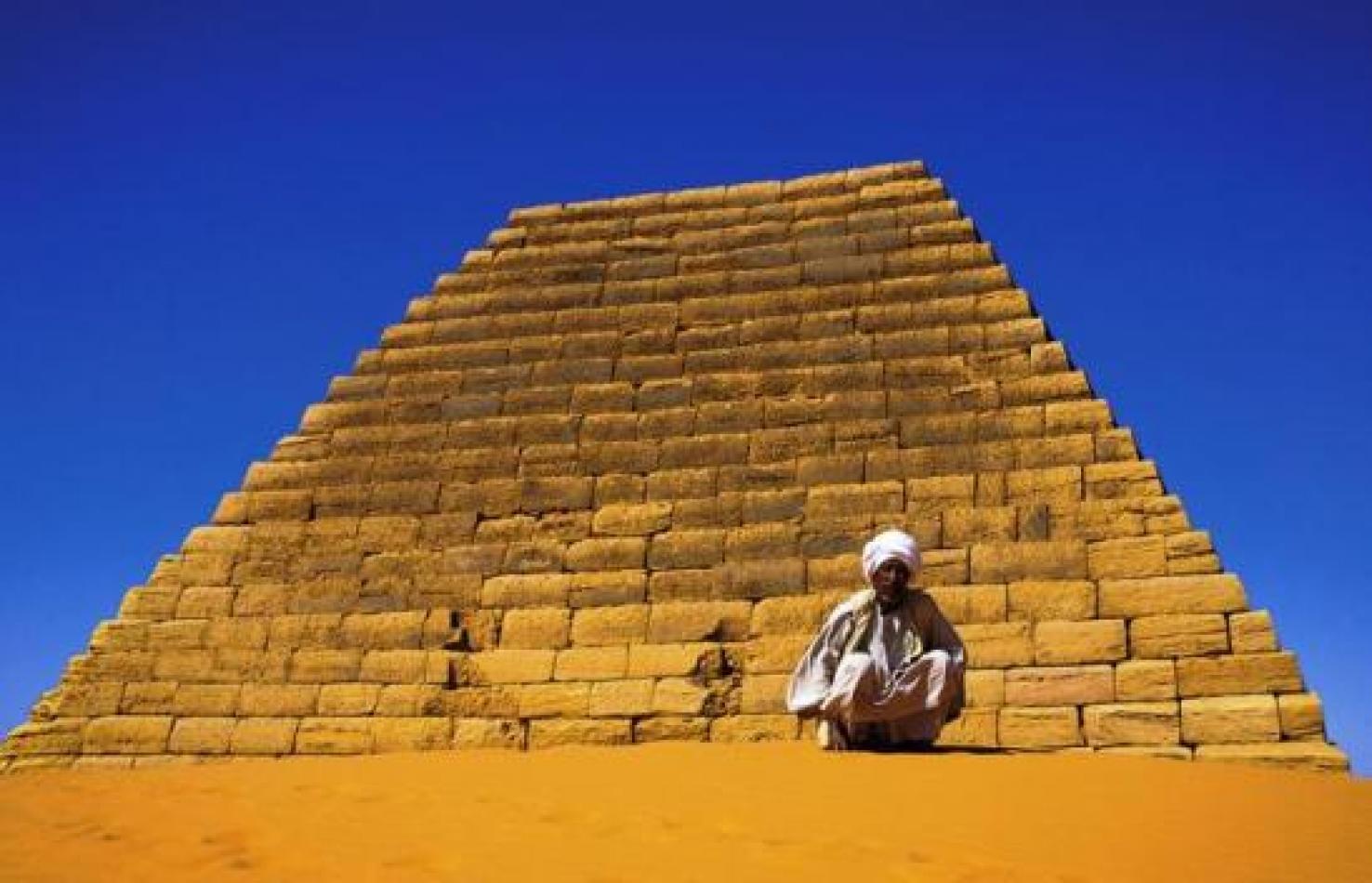 Monday, June 8, 2020
The legacy of the time of the Pharaohs of the Twenty-Fifth Dynasty is being ransomed after the silence caused by intentionally misrepresented history. Now, researchers and institutions are recovering the splendour of the Nubian civilization.

The fascinating culture, history, monuments and religion of Egypt have often overshadowed another not less remarkable and surprising civilization that developed along with the Egyptian one, the civilization of the Black African people of Nubia: the biblical Kush, which due to geographical, climatic and historical circumstances remained forgotten and buried in the burning sands of the Nubian desert for thousands of years. Today the Nubian civilization is coming to light again, revealing its admirable secrets, thanks to the enormous work and efforts of archaeologists and organizations such as the UNESCO, which seek to save it from the water flow behind the Aswan Dam.

Nubia is an ancient region in north eastern Africa, extending approximately from the Nile River valley (near the first cataract, in Aswan, Upper Egypt) eastward to the shores of the Red Sea, southward to about Khartoum (in what is now Sudan), and westward to the Libyan Desert. Nubia lies in the south of Egypt and the north of Sudan. Although it was split between two countries during the European colonization of Africa, it has a distinct culture and language. Ancient Nubia was a homogeneous and independent state. It was the seat of one of the earliest civilizations of ancient Africa with its own rulers, customs, religion and culture.

Nubians were a people of artisans, merchants, goldsmiths, very skilled archers and fierce warriors who were able to compete with their powerful neighbour to the north. At one point, the Nubian Pharaohs of the 25th Dynasty even ruled over Egypt for 75 years. Egyptians did, however, conquer Nubian territory at various times, and over centuries their influence, customs and culture overshadowed and absorbed the Nubian civilization.

To the south of the Third Cataract on the east bank of the Nile River, is the city of Kerma, which was a very important centre for trade located between northern Egypt and the kingdom of Kush, where Egyptian merchants went mainly in search of the coveted gold. Kush was known by the Egyptians as the land of gold, which was so appreciated by pharaohs.

But the kingdom of Kush was also a thriving centre for the trade of other metals, livestock, all kinds of wood, aromatic plants, incense, pottery and slaves. The city of Kerma was surrounded by walls and is home to one of the oldest and most enigmatic structure in the world and, undoubtedly in Africa: the Deffufa, a mud brick temple where ceremonies were performed on top. This complex structure is 50m by 25m, and 18 meters tall. It is interesting to note that the Deffufa dates back to around 4,500 years ago, just like the first Egyptian pyramids. So, the time of the beginning of the Nubian and Egypt civilization apparently coincides.

The forgotten Kingdom of Kerma was re-discovered by the American archaeologist, George Reisner, during the early 20th century. Fascinated by the site’s wealth, he could not imagine it to be the work of an indigenous Nubian civilisation. Kerma was thus considered a faraway post administered by the Egyptians, who had known how to stimulate the development of the region. This interpretation nonetheless prevailed for several decades until numerous studies and new findings proved and recognized the historical value of the Nubian African kingdom of Kush.

Egypt suffered a great political, religious and moral crisis around 730 B.C. Each city or region of the kingdom had its own ruler. This fragmentation of power favoured the settlement of communities of Libyan origin, which over time, took control of the north of the country.

When the influential priests of Ammon in Karnak started to feel threatened by the presence of the Lybian communities, they urged Pharaoh Kushita Piye – or Pianji – to save the Egyptian civilization from its ultimate destruction and disappearance. Acclaimed by the priests as the son of the god Amun, the Pharaoh quickly assembled an army to invade Egypt. As ruler of Nubia and Upper Egypt, Piye took advantage of the squabbling of Egypt’s rulers by expanding Nubia’s power beyond Thebes into Lower Egypt.

Piye considered himself the legitimate successor of great Egyptian Pharaohs such as Thutmose III and Ramses II. Piye viewed his campaign as a Holy War, commanding his soldiers to cleanse themselves ritually before beginning battle. In just over a year, all the rulers of the north were defeated, and the long-awaited political and religious union of Egypt was restored. Once he had consolidated his power and restored the unity of the country, Pianji returned to Kush, his homeland. Under his mandate Egypt regained sovereignty, and the cult of Ammon, of the other gods and the Egyptian religious culture were restored. When he died in 715 B.C., he was buried with four of his horses, in an Egyptian-style pyramid. Pianji was the initiator of the XXV Dynasty, known as that of the Black Pharaohs in the history of Egypt.

Upon his death, his brother Shabaka assumed power and chose Memphis as his residence. During his rule he had to face several uprisings by Libyans, and he had also to confront with the Assyrian king Sennacherib who attacked the fortified cities of the Kingdom of Judah. Instead of ordering the execution of his enemies, Shabaka generally ordered that they dig irrigation canals and dikes in order to protect villages from the various floodings of the Nile. He was succeeded by his nephew Taharca, son of Pianji.

By reading the inscriptions on some steles, it is clear that Taharca was remembered as one of the great Pharaohs of Egypt. In 690 B.C., he was crowned in Memphis and acclaimed as the chosen one of Amón. During his twenty-six year rule, Pharaoh Taharca was able to guarantee peace and prosperity to the kingdoms of Egypt and Nubia.

Taharca, following the path of the great Pharaohs, commissioned the building of several monuments, including two temples in the Nubian city of Napata, where the sacred mountain of Jebel Barkal, birthplace and residence of the god Amun, is located. Taharca was the most important Black Pharaoh of the XXV Dynasty and his influence in Egypt was so great and important that neither his enemies nor time have been able to erase his memory.

His successor, Tanutamani, tried to reunify the Egyptian kingdoms again. He remained on the throne in Thebes for eight years, then the Assyrians defeated him and forced him to return to Nubia, where the Kushite kings continued to reign for a millennium, first in Napata and then in Meroe.

The Black Pharaohs of the XXV Dynasty were considered the saviours and unifiers of the religious and cultural values of Egypt at a critical time in its history. Being considered as the sons of Ammon, they were guarantors of the continuity of the Egyptian divine dynasty, of all its traditions and principles. That is why they fought against invaders that endangered both unity and culture.

They ruled as authentic Egyptian Pharaohs controlling the administration, religion, priests and commissioning imposing buildings. They considered themselves fully Egyptian because of their culture and religion, although they came from a different ethnic environment. They were never seen as invaders but as an integral part of the same kingdom, Upper and Lower Egypt and, also very important, that of Kush.
[Luis Casado - http://www.combonimissionaries.co.uk]