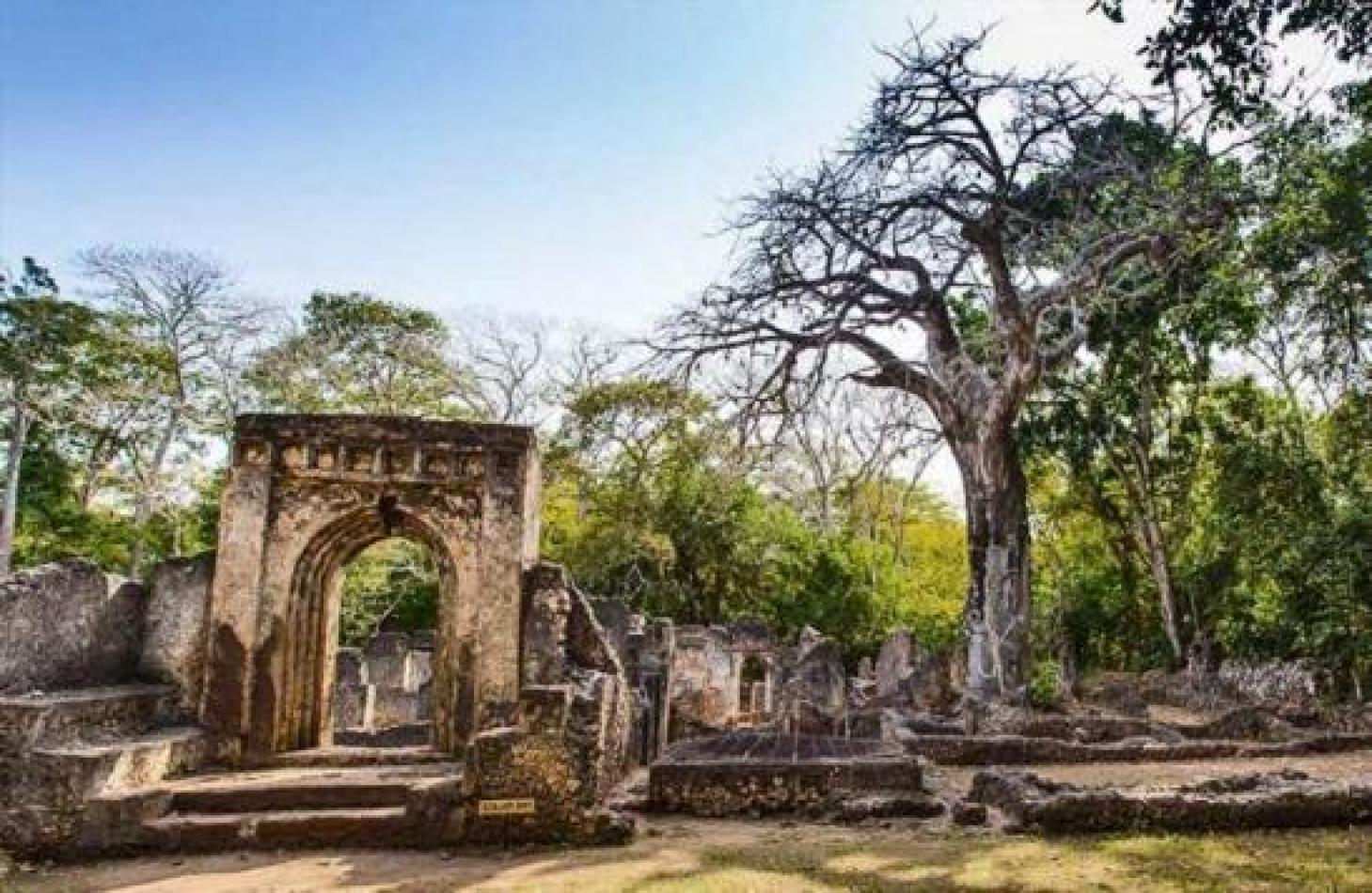 Monday, June 1, 2020
The Swahili coast is dotted with settlements, some dating back to the X century. Apart from the many villages, there is an impressive number of towns boasting permanent buildings, often two or three story high. Among the most known ruins is Gedi, 100 km north of Mombasa.  We visited the place.

Gedi was founded in the late XIII or early XIV century, reached its apogee in the middle of the XV century, and was finally abandoned in the early XVI century. However, the quantity of porcelain found shows that it must have had a large and relatively prosperous population. In the XVI century something seems to have happened which brought its life temporarily to an end.

All over the surface areas are pockets of exclusively XV century porcelain, showing that in the XVI century only part of even the closely built up area was occupied. From the numerous shreds of porcelain, it is clear that it was occupied in the late XVI century. Both reoccupation and final desertion were due to the same cause: the southern advance of the nomadic Galla from Somalia.

The area excavated comprises the northwest corner of the town, with the Great Mosque, the Palace, a private mosque and the largest concentration of houses. Outside this area a few houses and mosques and the line of the inner town wall have been cleared. The original town covered an area of about twenty hectares, but it is probable that only part of this area was ever built up. A wall about nine feet high surrounded it.

Visitors arriving to Gedi ruins first see the Dated Tomb, a large oval tombstone with an epitaph incised in plaster, partially erased but sufficiently legible for the date A.H. 802/A.D. 1399 to be read. The importance of the tomb is that it provides a fixed point in time to which the other buildings at Gedi can be related. Next to it is the Tomb of The Fluted Pillar. This is one of the forms taken by the pillar tombs, which are found all along the coast of East Africa.

The Great Mosque, built in the middle of the fifteenth century and rebuilt a hundred years later, is a typical East African congregational mosque or Jumaa. The plan is rectangular with three doors in each of the long walls. It is approached through a courtyard with a well, conduit and cistern at the north end and an octagonal pillar tomb at the southeast corner.

Beyond the courtyard is a covered veranda, with a small store and a flight of steps going up to the roof from which the call to prayer was given. In the north wall of the mosque, the Mihrab, once decorated with porcelain bowls, shows the direction of Mecca. To the right of the Mihrab stands a Minbar, or pulpit, of three steps. The roof was supported by three rows of rectangular pillars, the middle row running down the centre of the building and obscuring the view of the Mihrab. This is a curious arrangement, only found in East Africa.

At a distance of a few hundred meters from the Great Mosque is Gedi Palace. The main entrance consists of a pointed arch on a platform, approached by a flight of steps with a bench on either side, which leads down to a sunken court. Sunken couSwd5rts, which served as reception rooms, are a feature of the domestic quarters at Gedi.

In the floor of the court are two sumps for rainwater. These are found in all the streets and courts of the town, and sometimes also in the rooms. To the left of the reception court is a large well and an open court. In the middle is a sump with a larger hole than the rainwater sumps, and the court was probably used for washing clothes.

A passage leads from the reception court to the audience court. This is a rectangular court running in front of the main block of the Palace, with platforms on east, south and west sides. Originally there was a flight of steps in the middle of the platform on the south side, but this was covered up when the Palace was extended, and the platform was widened and raised. In its final state, as seen today, there is a bench along the east end where the judges would sit, protected until midday from the sun by the wall behind them.

There are other fourteen large houses and a number of smaller dwellings excavated so far. All houses were single storied. Gedi, unlike Lamu, Pate and old Malindi and Mombasa, was essentially a country town. The roofs were of lime concrete, sometimes with square tiles on the underside, carried on squared mangrove poles. Swahili ruins like Gedi help us understand the quality of life enjoyed by people in the past.
[G.C. – Comboni Missionaries]