Kenya: The Challenge of Reinsertion in Society 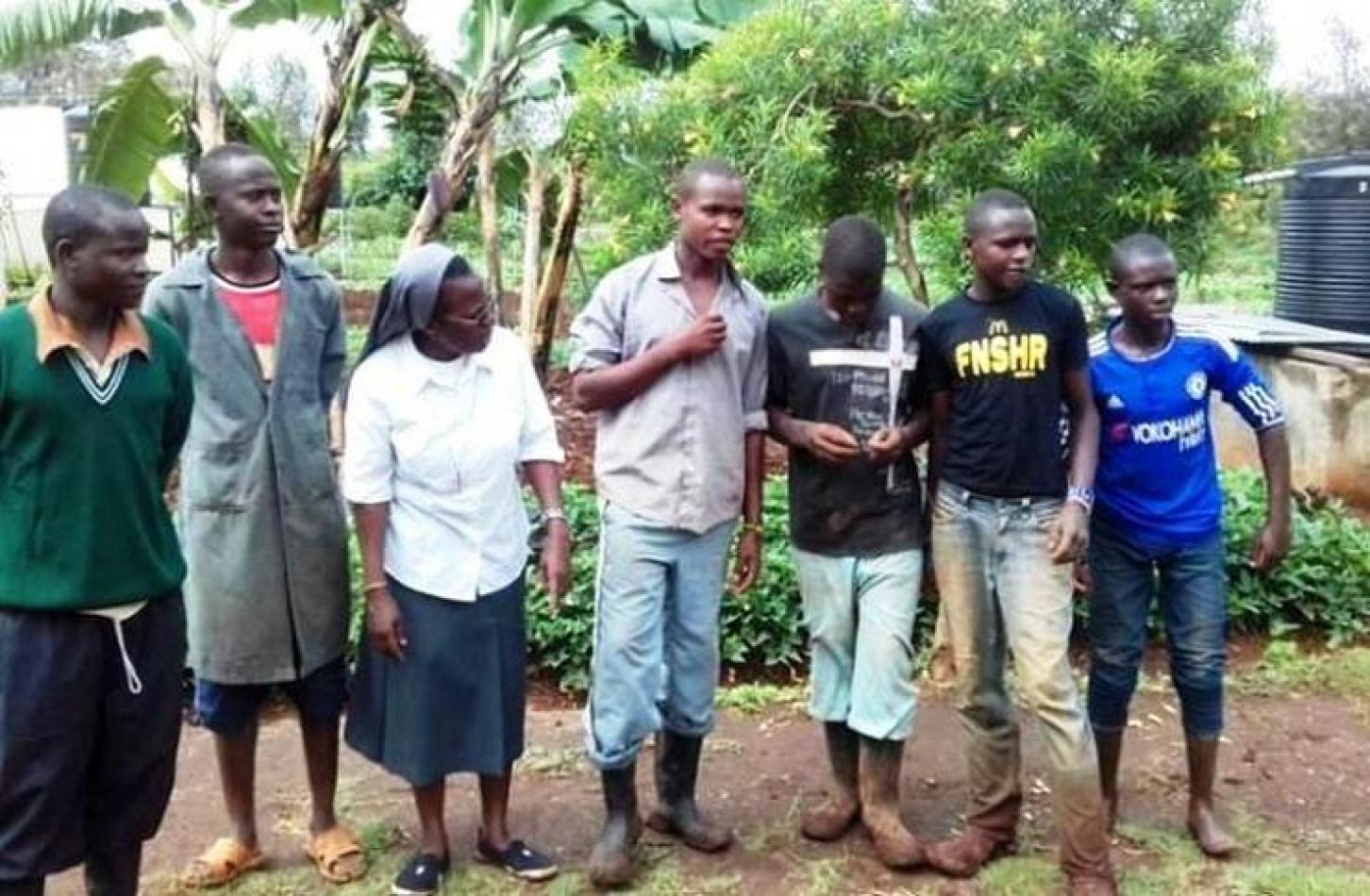 Sunday, February 17, 2019
Kamiti penitentiary in the outskirts of Nairobi hosts more than 4,200 detainees. The Consolata Missionary Sisters are committed to a programme of training for the young prisoners.

Standing in front of the main entrance to Kamiti penitentiary, the visitor has no idea of what lies behind the barrier of poles, wire nets, walls topped with barbed wire and watchtowers. Security is very tight and permission to enter is granted only by the competent authorities. The grounds cover an area of five square kilometres and there are almost one thousand prison guards. Kamiti hosts over 4,200 detainees: 3,000 in the high security section and 1,200 in that for lesser offences.

In recent years, thanks to pressure from civil society and human rights organisations, there has been some progress and the penitentiary administration has undertaken to promote good practice in terms of respect for fundamental human rights, meaning by that the cleaning of the cells, food and drink, health care and the prohibition of torture.

Furthermore, in the case of some categories of detainees, programmes are under way that provide psycho-social support and professional training with a view to reinsertion in the world of work and that of the community, especially for those who have given proof of good conduct or are about to leave. It has to be taken into consideration that the return to freedom is the time when a person is most likely to re-offend, especially those who are not supported by a social network or have no marketable skills.

Unlike what happens in the great majority of African prisons, Kamiti has two reformatories: one for males, called the Youth Correctional and Training Centre (YCTC), and one for females, Kamae Girls Borstal. It is hard to say whether in Kamiti minors are kept separate from adults because, however important this rule is, it is usually ignored in the African prison system. However, at least in Kenya, this principle is formally recognised and the distinction between adults and minors, male and female, is covered by law. (Kenyan Prisons Act 2014).

The implementation of these norms is not yet complete due to certain difficulties such as the lack of resources and of sufficient coordination between centres and the different levels of governance in the penitentiary system, the judicial system for minors and overcrowding in correction and  detention structures. According to data resulting from recent research, the detainees who are minors at Kamiti come mostly from families in the rural areas and grew up in conditions of extreme poverty and social exclusion. Most of them have never been to school or were expelled for reasons of discipline.

The high probability of re-offending among young former detainees is due to such factors as the lack of educational programmes and assistance in finding work as well as the ex-prisoner stigma, all of which negatively affect their ability to re-enter society and lead to re-offending.

In response to this humanitarian challenge, the Consolata Missionary Sisters have established the Saint Joseph Cafasso Consolation House (SJCCH), a welcoming house for young ex-detainees. The Centre, located within the area occupied by Kamiti, intends to help young people become an active and responsible part of society. The mission is that of transforming the young ex-offenders by means of a course of rehabilitation and self-esteem.

Mozambican Sister Gertrude Vitorino, who heads the Centre, says: “At Saint Joseph Cafasso Consolation House, each young person has the opportunity to follow a spiritual iter, to attend school and learn how to work in agriculture”. We have two aims: to give them professional training and to promote the sustainability of the project by means of agricultural work such as raising rabbits and chickens for the market, keeping cows for milk, cultivating fields and greenhouse vegetables.

A further activity was recently added by way of baking and selling bread. The project promotes various activities of psycho-social and socio-economic activities for the young detainees of the Centre for Minors (YCTC) and those of the welcome Centre (SJCCH), with sessions of psychological accompaniment as well as the acquisition of basic cognitive, emotional and relational skills and economic support for studies and apprenticeships.

Sr Geltrude continues: “A further activity of ours involves visiting the boys and girls still detained in prison. We try to help them in their human formation: with them we tackle such themes as life values, self-acceptance and self-esteem. I also organise music workshops for them. One of the greater challenges I feel we have to face is the reconciliation of the children with their parents since there is often reciprocal rejection and it is hard to resolve it. These young people carry within themselves many wounds from their past lives and we do our best to help them heal those negative experiences. Despite the difficulties we encounter, we believe it is important to stay close to these young people who, despite the mistakes they made in the past, preserve their own dignity as persons and, while they are here, have the possibility to change their future and make their dreams come true”.
[Comboni Missionaries]